CSM Reporting Members, who may be contacted to learn more about the AJS’s resolution procedures and the process for reporting an incident, include the AJS President, the AJS Executive Director, and the following CSM Members: 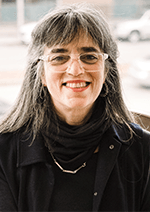 Dr. Laura Levitt is professor of Religion, Jewish Studies and Gender at Temple University where she has chaired the Department of Religion and the Jewish Studies Program. She has directed Temple University’s Gender, Sexuality, and Women’s Studies program, is the former coordinator of the Greater Philadelphia Women’s Studies Consortium, and has written about sexual assault and traumatic memory. Laura has served on the AJS Board of Directors, and in 2018 was appointed chair of the ad-hoc AJS Sexual Misconduct Task Force. Under her leadership, the Task Force developed procedures for handling complaints of sexual misconduct in AJS sponsored programs and activities. In 2019, Laura became the chair of the new Committee on Sexual Misconduct which oversees the design and operation of the AJS sexual misconduct policy and procedures. 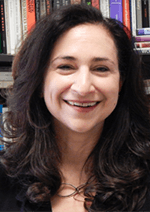 Dr. Lisa Fishbayn Joffe is lecturer in Women's, Gender and Sexuality Studies and affiliated faculty in Near Eastern and Judaic Studies at Brandeis University. She is also the Shulamit Reinharz Director of the Hadassah-Brandeis Institute, a research institute on Jews and gender, where she directs the Project on Gender, Culture, Religion and the Law. Her research and teaching explores feminist theory, legal theory, and women's rights at the intersection of civil and religious law. She holds law degrees from Osgoode Hall Law School and Harvard Law School. In 2018, Lisa volunteered to serve on the ad-hoc AJS Sexual Misconduct Task Force where she was instrumental in developing the AJS procedures for handling complaints of sexual misconduct. In 2019, Lisa became the secretary of the new Committee on Sexual Misconduct which oversees the design and operation of the AJS sexual misconduct policy and procedures. 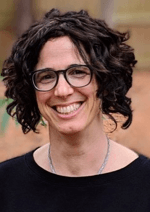 Dr. Flora Cassen is associate professor of Jewish, Islamic, and Middle Eastern Studies, and History at Washington University in St. Louis with research interests in the social life of Jews in Renaissance Italy, European Jewish History and Culture, Jewish identity, and Antisemitism. In 2018, Flora volunteered to serve on the ad-hoc AJS Sexual Misconduct Task Force. In 2019 she became an Ombuds Team member for the AJS Committee on Sexual Misconduct. 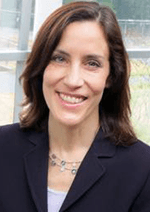 Dr. Keren McGinity is director of Hebrew College’s Interfaith Families Jewish Engagement Program and an honorary research associate at the Hadassah-Brandeis Institute at Brandeis University where she also teaches American Studies. She is a gender historian and serves on the Academic Advisory Council of the Jewish Women’s Archive. Keren has served on the boards of the Association for the Social Scientific Study of Jewry and the AJS Women’s Caucus. In 2018, Keren volunteered to serve on the ad-hoc AJS Sexual Misconduct Task Force. In 2019 she became an Ombuds Team member for the AJS Committee on Sexual Misconduct. Keren is a Forward 50 honoree for her 2018 op-ed “American Jewry’s #MeToo Problem: A First-Person Encounter.” 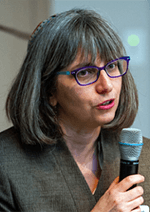 Dr. Rabbi Mira Beth Wasserman is director of the Center for Jewish Ethics and assistant professor of Rabbinic Literature at the Reconstructionist Rabbinical College. Connecting her academic research and social justice work, Mira draws on Rabbinic literature—the Talmud in particular—as a model for contemporary ethical deliberation. Her teaching responsibilities include training rabbis and rabbinic students in professional ethics and abuse prevention. She is co-editor of the forthcoming Respect and Responsibility: A Jewish Ethics Study Guide deploying Jewish values and text study in the prevention of abuse. In 2019 she became an Ombuds Team member for the AJS Committee on Sexual Misconduct.

Aryeh Cohen
Dr. Rabbi Aryeh Cohen is Professor of Rabbinic Literature at American Jewish University. His academic work focuses on the intersection of Talmudic discussions and contemporary issues of justice. He is Rabbi in Residence at Bend the Arc: Jewish Action in Southern California and serves on the board of Clergy & Laity United for Economic Justice. In 2019 he became a Core Member of the AJS Committee on Sexual Misconduct.

Ari Kelman
Dr. Ari Kelman is Jim Joseph Professor of Education and Jewish Studies at the Stanford Graduate School of Education. Ari’s research focuses on the ways that people learn religion across domains including schools, congregations, museums, camps, media, and online, and on contemporary Jewish identity and culture. He has served on the AJS Board and in 2018 he volunteered to serve on the ad-hoc AJS Sexual Misconduct Task Force. In 2019 he became a Core Member of the AJS Committee on Sexual Misconduct.

Barbara Mann
Dr. Barbara Mann is professor of cultural studies and Hebrew Literature and the Chana Kekst Professor of Jewish Literature at The Jewish Theological Seminary. Her areas of expertise include Israeli and Jewish literature, cultural studies, modern poetry, critical theory and urban studies, literary modernism, and the fine arts. In 2019 she became a Core Member of the AJS Committee on Sexual Misconduct.

Carole Balin
Rabbi Carole B. Balin, Ph.D. is professor emerita of Jewish History at HUC-JIR/New York and chair of the board of the Jewish Women’s Archive. She is currently at work on a narrative non-fiction about shifting Jewish identities, as told through the stories of bat mitzvah girls over the past century. Balin is a New York state-certified Sexual Assault-Domestic Violence Advocate and volunteers for the Crime Victim Treatment Center at Mt. Sinai Hospital in Manhattan. In 2019 she became a Core Member of the AJS Committee on Sexual Misconduct.

March 3, 2021
[AJS Conference Workshop] How to Write an Abstract for an Individual Paper Proposal
March 4, 2021
[Lecture Series] Jews, Race, and Religion
All Events