Become a Friend of the AJS Benefactor and attend one course FREE!

Antisemitism and the American Past

Course Fee: $75 or FREE! for Friends of the AJS Benefactors

Antisemitism surged in the U.S. in recent years, but its current manifestations rest on a long history of antisemitism on American soil. This course examines the American past to uncover some of this long history.

The class opens with a question. The idea of “American exceptionalism” rests on the notion that the forging of this nation of immigrants into citizens of a democracy marked a dramatic departure from the Old World. But was America ever really different? Studying the history of American antisemitism helps us explore this question.

“From the end of the Civil War until the beginning of the twentieth century, the United States witnessed the emergence of a full-fledged antisemitic society,” wrote historian Leonard Dinnerstein. What happened? Why did antisemitism rise? And who was affected?

The years between World War I and World War II are often considered the apogee of American antisemitism. One man, perhaps more than any other, played an outsized role in disseminating it. His name was Henry Ford.

Professor Pamela Nadell holds the Patrick Clendenen Chair in Women’s and Gender History at American University where she directs the Jewish Studies Program and received the university’s highest award, Scholar/Teacher of the Year. Her books include Women Who Would Be Rabbis: A History of Women’s Ordination, 1889–1985. A past president of the Association for Jewish Studies and the recipient of the American Jewish Historical Society’s Lee Max Friedman Award for distinguished service, her consulting work for museums includes the National Museum of American Jewish History and the Library of Congress. She is a fellow of the American Academy for Jewish Research.

Course Fee: $100 or FREE! for Friends of the AJS Benefactors

Are American Jews white? The question, answered differently by different generations of American Jews, gets at the heart of American Jewish identity. Have Jews remained separate and distinct from the rest of middle-class America or have they assimilated so much that they have become white? Come explore the contentious history and sociology of Jews and racial definition. We'll journey back through history and discover some (surprising) insights into the debate over Jewish whiteness.

"Hamans and Torquemadas:" Southern and Northern Responses to the Civil Rights Movement, 1954–1964

Join us as we explore a new understanding of American Jewish participation in the modern civil rights movement. Starting in the South, we’ll examine how and why southern Jews took differing approaches to racial justice work. Then, we’ll turn to the North, only to find some surprising similarities between the regions. What inspired Jewish participation in social justice causes? What possibilities and limits did it create? Prepare yourself for new ways of thinking.

Black Power/Jewish Politics: Reinventing the Alliance in the 1960s

Black Power, Jewish Politics: Reinventing the Alliance in the 1960s, Professor Dollinger’s most recent book, takes a new and different look at Jewish involvement in the civil rights movement, showing how American Jews leveraged the Black Power movement to increase Jewish ethnic and religious identity in the late 1960s and early 1970s. Join us as we explore never-before-seen historical documents that reveal a story that’s been hidden from view for over half a century. With so much contemporary interest in Black Lives Matter and larger questions of race and justice, we’ll explore a fascinating and surprising Jewish past.

With our national reckoning on race, so many American Jews are reflecting on systemic racism and ways we may be able to help. Join us for a candid, and probably difficult, journey through American Jewish history as we explore historical documents about Jews and racism. We will think about what it means to “become American” and the ways that racism has played among and within the Jewish community.

He has served as research fellow at Princeton University’s Center for the Study of Religion as well as the Andrew W. Mellon Post-doctoral Fellow and Lecturer in the Humanities at Bryn Mawr College, where he coordinated the program in Jewish Studies.

Professor Dollinger is author of four scholarly books in American Jewish history, most recently Black Power, Jewish Politics: Reinventing The Alliance in the 1960s. He has published entries in the Encyclopedia Judaica, the Encyclopedia of Antisemitism, and the Encyclopedia of African American Education. His next project, A Tale of Two Campuses: Jews and Identity Politics in the Golden State, traces his experiences as a Jewish professor at both right-wing and left-wing universities.

Professor Dollinger has spoken about his research on Don Lemon’s CNN-podcast “Silence Is Not An Option,” as well as the NFL Network, ESPN, and Germany’s National Public Radio. Just for fun, Dr. Dollinger helped actress Helen Hunt learn about her Jewish roots on the prime-time NBC show, “Who Do You Think You Are?” 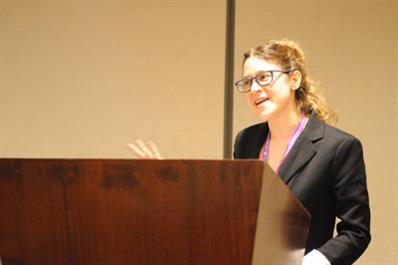