The Association for Jewish Studies invites early career scholars and graduate students to participate in the annual conference’s mentorship program. Mentees will be matched with a scholar to discuss various aspects related to career development and the publication and grant-writing processes, among other potential topics. Mentees will meet online with their mentors at a mutually agreed upon time during the month of December.

To apply to the mentorship program, complete the application form by Friday, November 20. Applicants, who must be current (January – December 2020) AJS members, will have the opportunity to name their top three choices of mentors from the list of participating scholars. The AJS will attempt to match applicants with one of their preferred mentors, but based on availability, may need to assign another mentor to the applicant.

Holocaust literature and testimonies, religious aspects of the Israeli-Palestinian conflict

Careers outside of academia, careers in the nonprofit world

David Lambert, The University of North Carolina at Chapel Hill

Careers outside academia, jobs in the Jewish professional world 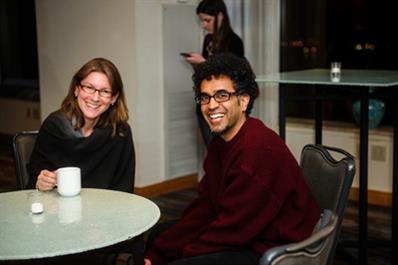 Apr 21, 2021
Letter from AJS President Jeffrey Shoulson
Apr 20, 2021
Statement from Past Presidents of the Association for Jewish Studies