Join dozens of professors who use Wikipedia in the classroom – not as a source of information, but as an opportunity to get students to write and edit. As students edit Wikipedia, they learn to synthesize sources, write for a wide audience, and realize the strengths and weaknesses of internet information.

Rachel N. Baum takes students on a virtual field trip to the United States Holocaust Museum's exhibit on Kristallnacht in Second Life, an immersive, three-dimensional environment. Here is a short clip of the exhibit:

What happens when life stories we think of as traumatic are told again and again for public consumption? "A Storyteller's Story" explores the experience of Ted Bolgar, a Hungarian Holocaust survivor living in Montreal, who has dedicated his retirement years to telling his story in public venues. The project raises questions about what happens to stories, and to storytellers, under these conditions.

The Jewish Atlantic World Database illuminates the daily lives and migration patterns of early American Jews. The database contains strategies for teaching material culture and over 5,000 images of Jewish material culture from key ports in North America, the Caribbean, and Europe.

The Visual History Online provides scholars and members of the public access the ability to search the nearly 52,000 Holocaust testimonies collected by the USC Shoah Foundation since 1994. This online resource also includes more than 1,100 full-length English testimonies that can be viewed from any computer with an Internet connection.

The product of a collaboration between historians and librarians, this multimedia exhibit features American Jewish cookbooks and schoolbooks from the Michigan State University Libraries' Special Collections. American Jews, in their children's books and cookbooks, demonstrated the importance of religion and gender in their families, and asserted themselves as both American and international/multilingual.

The Archive of Historical and Ethnographic Yiddish Memories (AHEYM) explores Jewish life in Eastern Europe before, during and after World War II. The archive consists of nearly 400 interviews, conducted primarily in Yiddish, and mostly in small towns throughout Ukraine, Moldova, Romania, Hungary and Slovakia. The interviews focus on language, religious customs and beliefs, songs, and Holocaust testimony and present a variety of perspectives on how ordinary Jews experienced the twentieth-century.

Serving Abroad, at Home: The Internet and Classroom Service-Learning

This website was created by undergraduate students for a Jewish Studies course on the graphic novel at Pepperdine University (Malibu, CA). It features a five-minute video (also student-created) about a year-long service-learning project that connected our students to an Arab NGO for the blind in Nazareth, Israel. 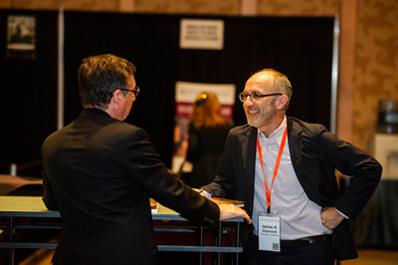