Scholarly Communication in the Twenty-first Century: A Changing Landscape
Spring 2009

In the world of scholarly communication, new legislation and successful legal actions in the private sector are now confronting problems of ownership and access to information resulting from the rapid rise in prices of e-journal and e-book subscriptions and the restrictions imposed by their accompanying licensing practices. There remains, however, a lot of uncertainty and confusion about intellectual property, copyright, and fair use issues. There are also deepening concerns and frustrations about the amount of time it takes for research results to reach the public; about ever-changing technology issues with which most consumers are unfamiliar; and about restrictions on what can be published and how that content can be disseminated. Creative uses of digital technologies for distribution and access to scholarly materials (both print and digital) such as journals and books, discussion and working papers, and other formats of scholarship are emerging in response to these restrictive and ever-fluctuating conditions. Jewish studies scholars, as contributors and consumers of intellectual works, need to be aware of these trends and need to be engaged in the design, implementation, and use of new venues for scholarly output. Some of the most significant developments include:

» On May 11, 2005, the Cornell University Faculty Senate endorsed a resolution concerning scholarly publishing. This resolution was a direct challenge and response to the rising costs of many traditional scholarly publication venues, and advocated for open access publication of academic and scholarly output and research. In essence this resolution encourages tenured faculty to stop working with journals and their publishers who engage in out-of-sight pricing models and also to resign from editorial boards if changes to pricing structures are not made.

» In January 2008, the academic world witnessed the passing of the National Institute of Health (NIH) public access law, which stipulates that all NIH funded research articles must be deposited in PubMed Central (PMC) upon publication.

» In February 2008, Harvard University’s Faculty of Arts and Sciences (FAS) required Harvard researchers to deposit their scholarly articles in an open access (OA) repository to be managed within the library and to be made freely available to anyone via the Internet. The mandate further stipulates that faculty can only submit their articles to journals that allow articles to be posted online immediately after they are accepted for publication. This move has many implications, not the least of which is its impact on the authorpublisher relationship, forcing authors to negotiate with their publishers on a case-by-base basis.

» In April 2008, one thousand professors from more than three hundred colleges and universities released a statement affirming their preference for high-quality, affordable textbooks, including open access textbooks, over expensive commercial textbooks.

» In autumn 2008 the Association of Research Libraries (ARL), in association with Ithaka Strategic Services, released a report "Current Models of Digital Scholarly Communication" designed to "look squarely at new forms of scholarship and scholarly works and consider them in their own lights." This report described an array of innovative digital scholarly resources that are in use today. Among these are e-only journals; reviews, preprints, and working papers; encyclopedias; dictionaries and annotated content; blogs and discussion forums; and professional and scholarly hubs.

» In the e-book world we recently witnessed the settlement agreement between Google, the Authors Guild, and the Association of American Publishers concerning Google's scanning of copyrighted works.

» On January 19, 2009, the International Coalition of Library Consortia (ICOLC), an informal group of almost 150 library consortia from around the world issued astatement on the current worldwide economic crisis. The group called for publishers and vendors of electronic content to work together and look at some creative strategies to cope with the present situation.

Slowly and steadily humanities and social science scholars are showing support for open access publishing. Scholars individually can make their work freely available via their own individual websites, or in institutional and discipline-based repositories. Another option is to publish in journals freely available to all on the Web. Some journal publishers are experimenting with this model by giving authors the option of paying for open access to their articles. Other journal publishers provide an option whereby articles become freely available after a certain period of time.

There are several open access, peer-reviewed, and currently active journals that are of interest to Jewish studies scholars. These include, among others, Azure: Ideas for the Jewish Nation; Eras; Jewish Studies, an Internet Journal; Min-Ad: Israel Studies in Musicology Online; Studia Judaica; Studies in Christian-Jewish Relations; Journal of Hebrew Scriptures; Women in Judaism; and Quntres. These last two journals are published usingOpen Journal Systems from the Public Knowledge Project, open source journal publishing and management software.

Nonmandated institutional and discipline-based repositories have been around for some time. In addition to making scholarly output previously published in traditional venues accessible, these repositories can bring visibility to materials that historically have been hard to access since they have not been published or indexed, such as preprints, conference and working papers, student scholarship, and scholarship in non-text formats. The University of California and the California Digital Library's eScholarship Repository and University of Pennsylvania's ScholarlyCommons@Penn offer similar paradigms of open access publishing of research carried out within these institutions for many types of scholarly content, including preprints, postprints, peer-reviewed articles, datasets, edited volumes, and peer-reviewed journals.

Historically there have been variations between disciplines with respect to the ways in which digital scholarship has been shared and disseminated. Scientists and social scientists rely to a much larger degree on professional and disciplinary repositories such as the Social Science Research Network and arXiv.org. Scholars in the humanities have relied more on listservs and discussion forums, which for Jewish studies scholars include the Jewish Studies Network (JSN), H-Judaic, H-Antisemitism, H-Holocaust, Jewish Languages,Mendele: Yiddish Literature and Yiddish Language, and Sephardi Mizrahi Studies Caucus Discussion List. Participants, however, usually use these vehicles of communication for limited purposes: to post research questions, announce recent publications, issue calls for papers, provide notification of conferences and fellowship opportunities, and post book reviews. They generally do not include ongoing discussions or conversations. To this end, new forums of scholarly communication are emerging, enabling faster dissemination of ideas and more community dialogue.

Blogs offer an alternative to the traditional approach of writing articles that is offered by peerreviewed journals, which can be notoriously slow. In the blogosphere, responses to new scholarship can be posted in a matter of minutes or hours by readers of the blog who may respond to a thought, idea, question, or review, in order to amplify or criticize it. In turn, others may respond to those postings, leading to ongoing discourse that can move within and across other blogs.

Several blogs have come on the scene that offer a counterpoint to traditional scholarly discourse bringing together postings, commentaries, reviews, and musings related to new and old rabbinica, bibliography, and historical oddities from tenured faculty, junior scholars, graduate students, and others stationed outside the academy who possess knowledge and erudition in these areas. Hagahot issued by Pinchas Roth, who identifies himself as Manuscriptboy; Michtavim, written by Menachem Butler; and Tradition Seforim, edited by Menachem Butler and Dan Rabinowtiz, are three blogs that have established themselves as important forces in Jewish studies, providing an intersection of academic Jewish studies, Orthodox Judaism, and scholarly rabbinica and bibliography.

Two disadvantages that blogging suffers from in comparison to traditional venues of scholarly publications such as journals and monographs, however, are accessibility and permanence. Traditional publications benefit from the careful indexing systems that have long been in place and the preservation capabilities that libraries have been able to develop and maintain. Although it may be easy to Google something and find it in the blogosphere, a blog discussion trail can be difficult to navigate over a period of time because it may have shut down, links may be broken, or servers may be closed. Just as the Internet is emerging as a new publishing medium, so too are new forums for Web page preservation being developed. For instance, the Internet Archive's Wayback Machine allows searchers to look for Web pages that are no longer online. A check on the home page for Menachem Butler's first blog, AJHistory, which has been discontinued, finds archived pages from January 1, 1995–July 13, 2006.

The soaring price of academic textbooks is no secret. Open access textbooks are complete, peerreviewed textbooks written by academics that can be used online for free and printed for a small cost. What sets them apart from conventional textbooks is their open license that allows readers flexibility to use, customize, and print the textbook. Open textbooks are already used at some of the nation’s most prestigious institutions including Harvard, Caltech, and Yale, and at some of the nation’s largest institutions such as the California community colleges, Arizona State University system, and Ohio State University.

Several open access textbook initiatives are in place including content from the Open University of Israel, which in 2008 launched the Pe’er project which makes freely available to the public electronic versions of dozens of academic textbooks. The Massachusetts Institute of Technology (MIT) was the first to start making course materials freely available with its MIT OpenCourseWare Program, but the Open University’s project was the first to place entire textbooks online.

Almost everyone in the academic world has heard about the settlement of the class action lawsuit that the Authors Guild, the Association of American Publishers, and individual authors and publishers filed against Google for its Book Search program, which has been digitizing millions of books from libraries. The Google Book Settlement is complex and the settlement must still be confirmed by the court (the Association of American Publishers has issued an FAQ that can be found here). Google has long made clear its intention to digitize all of the books in major U.S. libraries and has now expanded its program to include some of the major libraries in Europe, Japan, and India. Up until now, Google has not embarked on any collaborative scanning venture of Hebrew books with Israeli libraries, but a nonprofit organization within Israel has embarked on a project to create a library of scanned books on Israel and Jewish culture, most of which are under copyright. TheCenter for Educational Technology (CET) has signed contracts with a number of major Israeli nonfiction book publishers to make their works available online to the public. These are mostly recent titles; the project offers a number of features that make e-books attractive such as navigation tools, searching via one search engine, morphological searching, and social networking capabilities.

The recent statement from ICOLC reflects the financial impact that the ebook market has had on universities and institutions of higher education. At present there are various pricing options offered by publishers and aggregators, who provide access to large collections of titles from many publishers via a single interface. Universities and consortia can negotiate rates for access to these collections through individual agreements made without public disclosure. Libraries can acquire e-books on a title-by-title basis. They can also subscribe to or lease e-book collections. The various models all have advantages and disadvantages, with pricing structures usually based on the number of users in the institution or the resources that are acquired through restricted simultaneous user licensing agreements.

Jewish studies scholars and researchers have the ability to meet the challenges of the changing landscape of scholarly communication. As more options and opportunities become available they need to think about how their research and teaching will be affected. They must look at their own roles as creators, disseminators, and users of intellectual content and engage with their institutional administrators, librarians and information technologists, university presses, and professional societies in developing more awareness and innovation in new paths of scholarly communication. 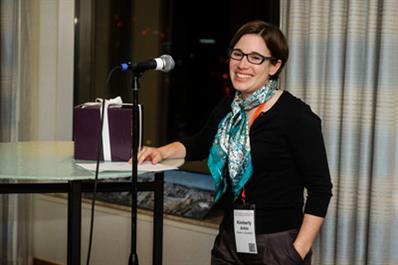