Join us as we celebrate the work and achievements of our members over the past few months. We're particularly pleased to have a diversity, equity, and inclusion focus this month, as we introduce the inaugural cohort of the AJS Scholars of Color Fellowship, and share the AJS's experiences at the recent ACLS Intention Foundry. We're proud that we continue to move the needle forward on DEI issues in Jewish Studies through the work of the DEI committee chaired by Julia Watts Belser.

AJS Members in the Media 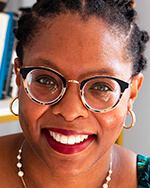 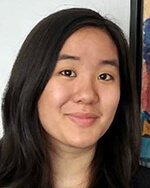 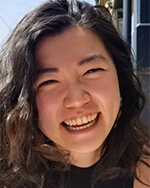 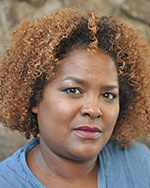 We're so pleased to be welcoming the first AJS Scholars of Color Fellows. They will participate in mentorship, networking, and professional development sessions online and at the 2022 Annual Conference.

Please join us in welcoming (from left to right or top to bottom in the photos above):

•    Maggie Carlton, Doctoral Candidate at the University of Michigan

•    Nancy Ko, Doctoral Candidate in the Department of History at Columbia University 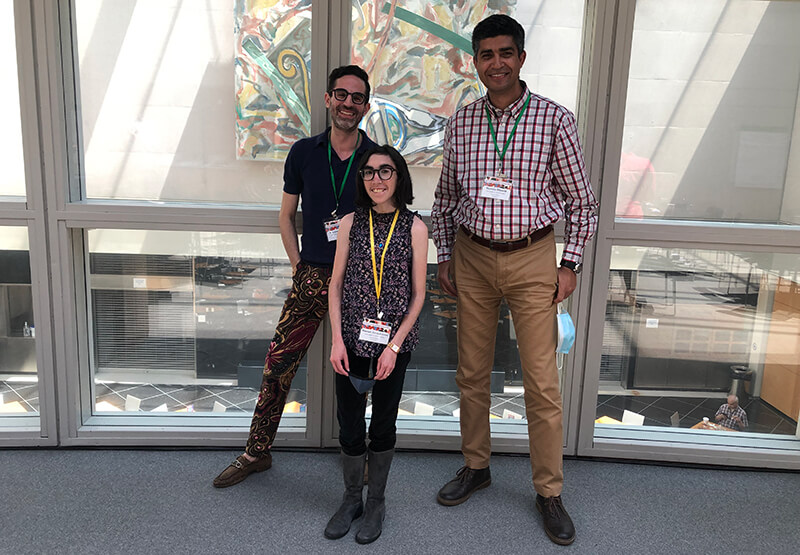 As the AJS continues to do work around DEI issues, I had the fortunate opportunity, along with AJS members Hannah Zaves-Greene (Sarah Lawrence College) and Mostafa Hussein (University of Michigan) to participate in the American Council of Learned Societies’ (ACLS) Intention Foundry this past year.

The Intention Foundry, supported by a grant from the Mellon Foundation, is a multi-year project bringing learned society executive directors and members who are engaged in issues around DEI together to learn, plan, and think through actual steps on how to move the DEI needle within our respective fields and disciplines.

Executive Directors and members met first online back in April and then in person in New York for two days in June where we learned that how we ask and frame questions around DEI can often be more important and an overlooked step than the solutions we rush to come up with.

I learned a great deal from participating in the program, but the highlight was getting to listen to, learn from, and spend time with Hannah and Mostafa, hearing directly from them what some of their ideas and concerns facing the next generation of Jewish Studies scholars are.

I also spent a great deal of time working with other executive directors and participants at the Intention Foundry discussing the complex topic of remuneration for service work at learned societies. There is no easy solution to this issue, but having multiple voices around the table, both society leaders as well as contingent faculty members and grad students, took us down some new pathways that have led to new thinking on this topic.

This is only the beginning of the journey and I look forward to working with Hannah, Mostafa, and other AJS members on a variety of DEI issues in the coming months. 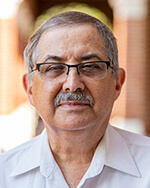 Longtime member Richard Freund passed away on July 14, 2022. He was the Bertram and Gladys Chair of Jewish Studies at Christopher Newport University.

Read "Remembering Richard Freund," from the University of Hartford, his academic home for 20 years, or his obituary in the San Diego Jewish World. 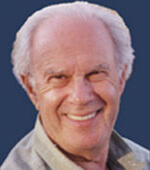 Longtime member Charles Kadushin passed away on September 21, 2022. He was Distinguished Scholar at the Cohen Center of Modern Jewish Studies at Brandeis University.

Read his obituary or more about his influence at Brandeis University.

Eliyana Adler (Pennsylvania State University) has been awarded a 2022-23 Fulbright Scholar Award to conduct research in Poland and Argentina as part of the Fulbright Global Scholar Program.

Hadas Binyamini (New York University) is a graduate fellow at the Center for Jewish History, working on the project “The 1970s’ New Jewish Politics: Grassroots Orthodox Activism in the US.”

Yitzhak Conforti (Bar Ilan University) is a visiting scholar at the Center for Jewish History, working on the project “Zionism and the Hebrew Bible: A Cultural History of Jewish Nationalism.”

Sara Halpern (St. Olaf College) has been appointed as a Lecturer in Jewish History at Cardiff University.

Hillel J. Kieval (Washington University) has been awarded the Silver Medal of the Faculty of Arts from Prague’s Charles University.

Jacob Ari Labendz (Ramapo College) has been named director of the Gross Center for Holocaust and Genocide Studies at Ramapo College of New Jersey.

Jason Lustig (University of Texas, Austin) received honorable mention for the 2021 Salo Baron Prize for the best first book in Jewish Studies for his book, A time to Gather: Archives and the Control of Jewish Culture.

Sam Shuman (Fordham University) will be a Visiting Assistant Professor of Cultural Anthropology at Davidson College from 2022-2024.

The following AJS members have been awarded 2022-23 grants from the Yeshiva University Provost Faculty Research Fund.

•    Jonathan Dauber for the project Sefer ha-Behir: Translation and Commentary.

•    Ari Mermelstein for the project The Jewish Legal Tradition.

AJS Members in the Media

“Antisemitic sentiment is especially prevalent in Italy and Hungary… they are also the best countries in Europe for Jews to live in.”

“Digitizing the calendar amounted to a translation effort that only someone versed in Jewish law, Hebrew, mathematics and coding could undertake.”

“What is Karaism and are there still Karaites?”

Janet Krasner Aronson, Matthew A. Brookner, Leonard Saxe, Adina Bankier-Karp, and Matthew Boxer led the 2021 Study of Jewish LA, the second largest Jewish community in the US. Read the reports.

Throughout all these decades, the Jewish Agency for Israel has been the main organization helping Russian Jews emigrate – working in Russia itself since 1989, and before then, when Israel and the USSR did not maintain diplomatic ties, from transit stations in Austria and Italy.

Shaul Kelner writes about Russia potentially shutting down the Jewish Agency for The Conversation. Read more.

“You only have to look at the news to see that migration policy is a central question in modern politics.”

Amy Fedeski discusses her upcoming fellowship, where she will be researching and teaching on Jewish migration. Read more.

Thank you to all of our 2022 donors! View the complete list of donors.

AJS Member News welcomes announcements about members' special accomplishments, such as book awards, national fellowships and scholarships, teaching awards, election to national/international academic societies, and new appointments and promotions. Unfortunately, we do not have space to post announcements about publications or conference presentations. 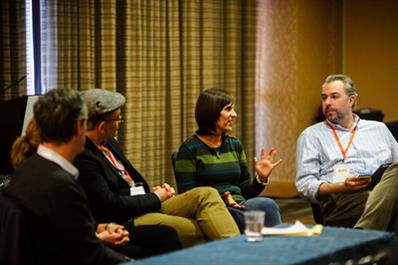