Surveys of the Profession

Jewish Studies in the Academy in 2018

As the AJS approached its 50th anniversary, we invited every institution with a Jewish Studies department to complete a survey based on the 2017/2018 academic year. This report presents data from 161 U.S.-based institutions that are not exclusively Jewish institutions.

Prepared by Evaluation and Assessment Solutions for Education, LLC

This report provides a comprehensive review of data from the Association for Jewish Studies’ (AJS) 50th Anniversary Survey as administered in August/September 2018. The purpose of the survey is to facilitate and improve AJS’ ability to meet its members’ needs and to better serve its core mission. To that end, the report includes four sections aimed to address the needs of the Association’s task forces on membership engagement, professional development, diversity and inclusion, and sexual misconduct.

2014 Survey of the Jewish Studies Profession

Funded by the American Academy of Jewish Research

In 2014, the Association for Jewish Studies commissioned Professor Steven M. Cohen to conduct an online survey of 2863 current and former AJS members, as well as 163 current and former members of the Association for the Social Scientific Study of Jewry. The purpose of the study was to understand the latest trends among graduate students, professors, contingent faculty, and other professionals connected to the field of Jewish Studies. The survey covers a range of topics, including demographics, work settings and conditions, salary, course enrollments, productivity, retirement plans, the job search, and disciplinary trends. With a 60% response rate, the survey is an essential tool for understanding the field of Jewish Studies and the professional lives of Jewish Studies scholars.

Courtesy of The Jewish Policy Archive, with the support of the Charles H. Revson Foundation and the Mandell L. and Madeleine H. Berman Foundation

Conducted by Professor Steven M. Cohen and Dr. Judith Veinstein in conjunction with the AJS officers and professional leadership, the survey sought to obtain a profile of the entire AJS membership, including information on demographic characteristics, professional academic employment and interests, and views of the Association. Of the 1500 AJS members invited to participate, 488 (about one-third) responded.

Historical Surveys of Jobs in the Field

Data from AJS's Positions in Jewish Studies, the most comprehensive guide to jobs in the field Although not all positions are filled, a look at the numbers of position listings posted adds insight on hiring trends.

The Many Careers of History PhDs: A Study of Job Outcomes, Spring 2013
A Report to the American Historical Association
L. Maren Wood and Robert B. Townsend

American Academy of Arts and Sciences

Data collected on the state of humanities education on the undergraduate and graduate level, including: How has the demand for humanities degrees changed over time? What share of all academic degrees is awarded in the humanities? How many humanities degrees are awarded in specific disciplines (e.g., English language and literature)? Data collected through 2013. Note: the indicators project website also includes data on the humanities in the workforce, K-12 education, public life, and funding and research opportunities.

On the Road to Recovery: Findings from the ASA 2012-2013 Job Bank Survey
Roberta Spalter-Roth and Michael Kisielewski

Facts on Jobs and Careers

Faculty Salaries: A collection of news articles from Inside Higher Ed

Other Surveys, Reports, and Documents 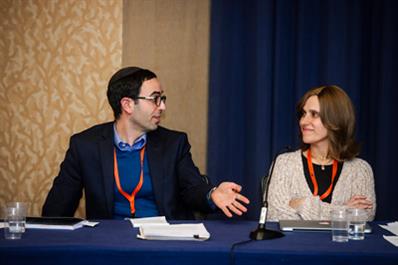