A conference organized by the SNSF project:
Lege Josephum! Ways of Reading Josephus in the Latin Middle Ages
www.legejosephum.unibe.ch

From a modern perspective, Hellenistic Judaism sits at the crossroads of Classical Greek and biblical thought. The tracks it laid down were especially formative for Christianity, shaping its historiography, apologetics, theology, and philosophy. After late antiquity, most Christian and Jewish scholars in western Europe no longer knew Greek, yet Hellenistic Judaism continued to loom large in the consciousness of both communities. This conference looks at the reception of Hellenistic Jewish texts – as well as ideas about Hellenistic Jews – in the Jewish and Christian Middle Ages in western Europe between ca. 500 and 1700 CE. It particularly aims to examine how some of the influential figures of Hellenistic Judaism were used to create identity and draw boundaries by their later readers. Who copied, translated, and adapted Greco-Jewish texts, and which communities let them sink into oblivion? Who claimed Hellenistic Jews as 'our ancestors' and who used them to illustrate theological error? How were Hellenistic Jewish texts read alongside various biblical canons – and how were they put in relation to one another? In short, how did Hellenistic Jewish texts and authors serve the construction and development of the medieval West and its shifting religious identities?

This conference considers Greco-Jewish authors who survived in full Latin translation (like Josephus) alongside those who reached the Latin world in excerpts and citations (Artapanus, Aristobulus, Philo, the Letter of Aristeas), as well as the reception of the Greek-Jewish Scriptures or Septuagint. It looks at Hellenistic Jewish texts which wound up in the Christian Old and New Testaments (Wisdom of Solomon, the Books of Maccabees), and Greek-speaking Jews who were (mis-)identified as authors of parts of Christian Bibles, like Philo (often considered author of Wisdom of Solomon) and Josephus (to whom several books of Maccabees were ascribed), alongside other Latin texts with origins in Hellenistic Judaism (e.g. Ps-Philo Liber Antiquitatum Biblicarum). It also welcomes proposals which put the afterlife of Hellenistic Judaism in comparative perspective by drawing parallels with the afterlife of pagan and Christian writers.

Abstracts of ca. 300 words should be sent to Anthony Ellis (Anthony.Ellis@kps.unibe.ch) by the 15th of September. Talks are welcome in German, English, French, Spanish, and Italian. Travel expenses and accommodation costs will be covered.
Join the AJS Donate 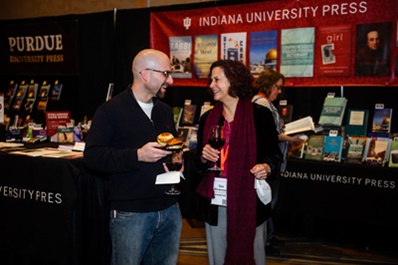