The Association for Jewish Studies Podcast

Season 3, Episode 2: Is There a Jewish Environmental Ethic?

Jeremy Shere: So last week was Tu B'Shvat. For those who don't know, that's the Jewish holiday that falls on the fifteenth day of the Hebrew month of Shvat. Originally, back in ancient times, this was the day when Judean farmers brought offerings from their fruit harvest to the temple in Jerusalem. But after the Second Temple was destroyed in 70 AD by the Romans, over the centuries, the rabbis transformed Tu B'Shvat into a holiday celebrating the New Year of the trees.

In the sixteenth century, the Kabbalist rabbi Yitzhak Luria and his followers started the tradition of the seder to celebrate the bounty of specific types of fruits and nuts. I remember doing Tu B'Shvat seders as a kid at Hillel day school in Detroit. And of course, in modern times, Tu B'Shvat became synonymous with planting trees in Israel. I also remember getting those Jewish National Fund tree certificates from my grandparents.

So the point is that Tu B'Shvat has sort of become akin to a Jewish Earth Day, the Jewish holiday that comes closest to expressing something like an environmental ethic, which seems especially relevant these days, given heightened concerns about climate change and ongoing pollution of the oceans and global deforestation.

But is there really such a thing as a Jewish environmental ethic?

Tanhum Yoreh: That's part of what I love about bal tashchit, or the idea of wastefulness. I see it as an umbrella concept for environmental issues.

Jeremy Shere: This is Tanhum Yoreh, an assistant professor at the School of the Environment at the University of Toronto. The term Yoreh mentions, bal tashchit, is a rabbinic prohibition against wastefulness and destruction. Yoreh became fascinated with the concept while doing field work for a master's degree in environmental planning at the Hebrew University in Jerusalem. Part of his studies focused on how ultra-Orthodox communities in Jerusalem thought about and behaved regarding the environment.

Tanhum Yoreh: As part of my research, I would talk to people about what was important for them about issues that might be connected to the environment. And one of the central things that people would point out was cleanliness. “Cleanliness is the number one issue for us.”

Jeremy Shere: And yet when Yoreh walked the streets of ultra-Orthodox neighborhoods, he couldn't help but notice that they weren't very clean. In fact, they were sort of the opposite of clean.

Tanhum Yoreh: You'd notice that the neighborhoods were filled with litter and trash. And also on the windowsills, you'd see bread at various stages of decomposition. And I thought to myself, wow, this is a world of paradoxes. How can there be a championing of the idea of cleanliness, and all this trash, plus this bread that was on the window sills and essentially every available ledge, almost, it seemed.

Jeremy Shere: When Yoreh asked people, “What's up with the moldy bread on the windowsills?" they told him it was because of bal tashchit.

Tanhum Yoreh: We don't throw bread out because it's a transgression of the prohibition against wastefulness. That's an interesting way of looking at that concept. That's certainly not the angle that I've come to look at the concept. But then again, I was an outsider to these specific communities. And as an environmentalist, I had a very clear idea of what it means to not waste, and it was being manifested in a very different way than I was expecting.

And so I began investigating the origin of bal tashchit in Jewish texts. The first time we ever see anything that's related to this concept is in the book of Deuteronomy, chapter 20, verse 19, which comes in the context of how to perform war in an ethical manner. So it's all sorts of ethical guidelines about how to conduct warfare, and in this particular one, in this particular verse, when the Israelites are laying siege on an enemy city, they're commanded not to cut down the fruit trees. And so this whole notion of lo taschit et etza, is where the concept about tashchit — essentially taken from lo tashchit, means the same thing— and that's the origin of it.

Tanhum Yoreh: It's never stated specifically. There's never an indication in Talmudic literature or Mishnaic literature that says, “Yeah, this lo tashchit of Deuteronomy 20:19 is, in fact, this general prohibition against wastefulness.” It's all unspoken. But the way it's thought to have happened is that if one is not allowed to cut down a fruit tree during the most challenging of human circumstances, which is warfare, then how much more so should it not be permissible to cut down a fruit tree during times of peace? And from there, they expanded it from fruit trees to a general prohibition against wasting and destroying things.

Jeremy Shere: It's not until the 12th century that bal tashchit becomes an explicit injunction against wastefulness and destruction, thanks to the great medieval Jewish scholar Maimonides. In Yoreh’s reading, Maimonides expands the scope of bal tashchit, but he also limits its power as an environmental concept.

Tanhum Yoreh: He said you're not allowed to cut down a fruit tree and that's considered to be a transgression of this prohibition. So too are you not allowed to do the following things, like lock a spring, destroy utensils, etc., etc. Those are all specific examples that are found throughout the Talmud and the Mishnah.

Jeremy Shere: But Maimonides also said that being wasteful is only a transgression if it's done with wasteful intent. Which raises a question: What does "wasteful intent” actually mean?

Tanhum Yoreh: It probably means one thing for me and something else for you and something altogether different for Maimonides. There isn't any indication that we have some sort of societal or cultural understanding of what acts of wastefulness are that we might share some sort of notion of what that is. There's certainly nothing that indicates that it should be universally thought of.

Jeremy Shere: Yoreh likes the example of what we commonly do when we brush our teeth — namely, turn on the water and let it run while we brush.

Tanhum Yoreh: Where is our intent? Our intent is in brushing our teeth and cleaning them, certainly not in wasting the water. But lo and behold, we are also wasting the water by letting it flow freely. And in that circumstance, according to this framework, which Maimonides created, it's not actually a transgression of “waste not,” of bal tashchit.

Jeremy Shere: Yoreh didn't begin his study of bal tashchit with the aim of using it as a basis for a modern Jewish environmental ethic. But during his exploration, he discovered that the concept does, in fact, have the potential to become an important part of a Jewish framework that aligns with today's environmental movement. And it has to do with the connection between wastefulness and self-harm, a connection first made by the Tannaim, rabbis who lived before the creation of the Talmud and who complicated the prohibition of wastefulness by joining it to the prohibition against self-harm.

Tanhum Yoreh: One of these sources is in the Tosefta, and there was a long line of examples of this prohibition of engaging in self-harm. And then it goes through the different examples of what the self-harm entails, and it's all physical examples. And then you get down the list and then you see it's material examples. So included in this prohibition of self-harm are these different examples of, you can't throw your money away in anger, you can't destroy various items. And amazingly, the prohibition against self harm, what flows from that, is also a prohibition against wastefulness. And so these two notions are very connected.

Jeremy Shere: It's only later that the rabbis of the Talmud disentangle and separate these prohibitions, but for Yoreh, recombining them opens possibilities for articulating something like an environmental ethic based on Jewish sources. Namely...

Tanhum Yoreh: …if you harm the environment, you harm yourself. And this is something that the ancient rabbis seemed to understand quite well. And it also makes sense that when you live in a world of scarcity, in a world without disposables, in a world where you rely on the seasons to thrive and to flourish, that wasting would really be tied in to your viability, of sustaining your own life. So you don't waste because it directly impacts you when you feel it.

Tanhum Yoreh: If you look at the rhetoric that's used within mainstream environmentalism, why should we care about environmental issues? The most standard rhetoric that's used is, “We care about it because we care about ourselves.” It's all about self-interest. And when you see how the notion of self-interest is tied into this idea of self-harm — you don't harm the environment because you end up harming yourself — that’s essentially the earliest conceptualization of bal tashchit.

Jeremy Shere: Now, if you recall, way back at the beginning of this episode, I described Tu B'Shvat as Judaism's environmental holiday. So do we really need a concept such as bal tashchit, “waste not,” as another way to engage with environmental issues from a Jewish perspective? For Yoreh, the answer is yes, because you can never have too many ways of getting people — Jewish or not — to care about the environment.

Tanhum Yoreh: For many people today, especially young people, in fact, being Jewish and not being environmentalist are contradictions. So they need to have their environmentalism rooted in the set of values that they grew up in, and that they find important. Bal tashchit, as an environmental ethic, is one such path into the world of Jewish environmentalism. It's certainly not the only path, and I wouldn't want anyone to think that it is. It's important that this path exists, because some people will see it as an integral part of the Jewish tradition.This is part of the Jewish heritage, and the fact that this prohibition and ethic exists, it’s something that is to be cherished and championed. So if that's your way in, welcome. 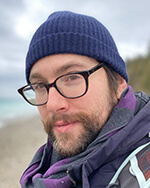 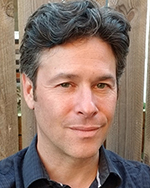 Jeremy Shere, PhD, is a podcast producer based in Bloomington, Indiana. Jeremy earned his doctorate in English Literature and Jewish Studies from Indiana University. He is currently the producer of the Frankely Judaic podcast for the Jewish Studies program at the University of Michigan.

Listen to All Episodes 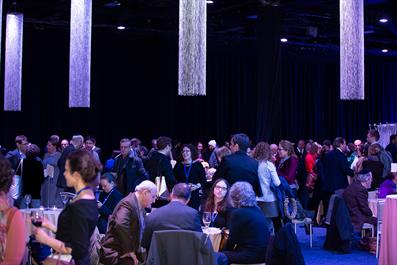