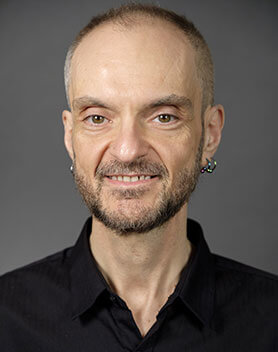 By the time I get tenured—provided, of course, that I am successful—I will be 56 years old. Granted that I got my doctorate a mere seven years ago; granted that I only got into a tenure track position less than a year ago; and granted that permanent status in academic libraries somehow differs from that of regular university departments. Yet, I have been in academic libraries for 19 years, I taught some courses on the side, I supervised a small unit (including other contingent faculty), and I still managed to keep publishing in my spare time. It has been a lengthy and often discouraging process. At times I felt like an outsider to both the scholarly community and to the library world, stuck in the perpetual administrative limbo of being an over-qualified “paraprofessional.” Nevertheless, I do consider myself fortunate, as at least during this time I had access to library resources and borrowing privileges to assist my research, unlike many of my non-affiliated colleagues.

Contingency in academia is undoubtedly one of the biggest challenges in our profession, I dare to say, even in higher education at large. More than a fad, it is becoming endemic to the way personnel are hired and fired in our academic institutions. As this AAUP report mentions, “non-tenure-track positions of all types now account for over 70 percent of all instructional staff appointments in American higher education.” This alarming rate is probably not even telling the whole story. As the number of tenured positions decrease, an increasing number of scholars and researchers explore alternatives in university administration or non-teaching positions such as academic libraries. Others suffer discontinuous hiring, teach in multiple institutions, or need to get secondary jobs while in hiatus between teaching positions. These scholars and their positions are most likely not accounted for in the statistics.

Harmful as the effects of contingency may be, they are often invisible at first glance. Students knock at the doors of academia looking for an education, a career, and a path in life. In exchange for their ever-increasing tuition they seem to get a solid curriculum. That is what budget reductions and maximizing profit looks like: appearance of normalcy hiding structural deterioration. Our institutions are able to offer an outstanding array of high level, innovative courses, but their faculty is increasingly overworked, discouraged, and unlikely to stay in their position. With contingency comes a loss of faculty self-government, of academic freedom, even of gender equality, as women are overrepresented in the contingent faculty ranks. Furthermore like a canary in a coal mine, Jewish Studies is among the first disciplines to receive the harmful effects of contingency. Our discipline is more likely to have smaller dedicated colleges, smaller academic departments, numerous cross-departmental faculty, and fewer tenured positions. A number of us live in smaller communities and are only occasionally invited to teach the token course at a regular university, while we pursue other careers as rabbis, teachers or community leaders.

The negative consequences of contingency go beyond the obvious implications linked to the nature of contracts and lower salaries. Our researchers deal with lack of real academic affiliation, of mentorship, of network, a certain feeling of not fully participating in scholarly life, of being in the fringes of the research community. Finally, they face practical issues related to not having the support of a university: lack of sponsorship to conferences, of access to academic libraries, even of small details as a university email address or the ability of signing your article with a university affiliation.

Contingency in academia is by no means easy to solve: the numbers are staggering and the general economic constraints in higher education do not augur substantial improvements in the foreseeable future. In spite of this, I strongly believe that AJS can and should be a motor of change, a trailblazer opening a path toward a more inclusive field. Over the mast months I had the privilege to serve in the AJS Contingent Faculty Task Force. The personal stories I heard in meetings and at our conference have been both concerning and moving. Some of them reflected feelings I can sympathise with, a certain sense of failure, of shame for hardly doing any research anymore, of lack of stamina and hope. The task force has prepared a series of recommendations both for the AJS and for academic institutions, and I encourage you to read and discuss this short report. As a researcher and librarian, one particular area of impact is dear to my heart and will be one of my personal focuses in the upcoming year: exploring library access (print, electronic, borrowing privileges, interlibrary loan services) for contingent faculty and independent researchers. Each of us has a role to play and we are all partners in this issue.

Neil M. Frau-Cortes is the Senior Catalog Librarian and Supervisor for Non-Roman and Special Collections Cataloging at the University of Maryland.