News from the AJS Film Committee 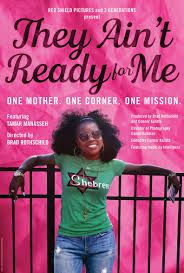 The new pandemic reality has impacted the film world on a global scale, resulting in cancellations and rescheduling of festivals and screenings. We had to adjust as well. This year’s film program at AJS will be entirely online, like the rest of the conference. We are thrilled to share with you two virtual screenings, each accompanied by a thirty-minute post-screening Q&A session with the filmmakers.

The program opens with THEY AIN’T READY FOR ME (dir. Brad Rothschild, USA 2020, in English, 89 min). Tamar Manasseh, the founder of MASK (Mothers Against Senseless Killings), is a mother and rabbinical student who dreams of becoming a rabbi. She has emerged as an important voice within Chicago’s black community and a national symbol of grassroots activism. Each day, from the start of summer through Labor Day, she and her fellow MASK volunteers occupy the corner of 75th and South Stewart Streets on Chicago’s South Side to create a safe space for neighborhood children and residents, providing dinner to anyone in need. With her magnetic, self-assured energy, Tamar credits Judaism for instilling in her this sense of civic duty through tikkun olam, carried out through acts of kindness, activism, and charity. Timely and inspirational, this documentary demonstrates the challenges Tamar faces in both her black and Jewish worlds. 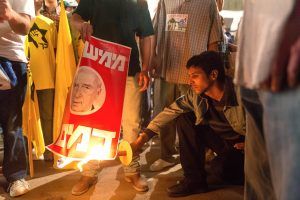 The program continues with INCITEMENT/YAMIM NORAIM (dir. Yaron Zilberman, Israel 2019, Hebrew with English subtitles, 122 min). This acclaimed historical drama follows the Israeli ultranationalist Yigal Amir in the year leading up to his assassination of the Israeli Prime Minister Yitzhak Rabin in 1995. Amir was a law student and Orthodox Jew outraged by Rabin’s announcement of the Oslo Accords. Based on historical research, the film masterfully reconstructs the process of Amir’s disturbing radicalization. Nominated for ten Ophir awards in Israel, the film was Israel’s submission to the 2020 Academy Award for Best International Feature Film.

This film program is a culmination of our year-long curating and planning. As members of the Film Committee, we negotiate with distributors for the privilege of screening the most exciting new features and documentaries relevant to AJS audience free of charge. Public performance rights can be quite expensive, and we are grateful for distributors’ cooperation in waiving fees in exchange for promotion of their films through our screenings. This year we particularly appreciate their willingness to let us stream the films for your convenience. We hope that the festival films will be useful to you, whether for your research, teaching, or public programming. The conference program includes distributor contact information—please ask your libraries to order the films, or contact distributors directly. Your response to our program will help us secure cooperation from distributors in creating free screenings for future AJS conferences.

In addition to planning the film series, the Film Committee also organizes an annual pedagogical session "Teaching through Film." This year’s roundtable focuses on gender and film in a hands-on session in which panelists share teaching experiences with examples from films and classroom assignments. This year’s panelists are scholars of religion, literature, and film. Mark Leuchter, Professor of Hebrew Bible and Ancient Judaism at Temple University, will demonstrate how he uses the film Alien (dir. Ridley Scott, 1979) to examine the upending of patriarchal structures. Rachel S. Harris, Associate Professor of Israeli Literature and Culture in Comparative and World Literature and the Program in Jewish Culture and Society at the University of Illinois, Urbana-Champaign, will show how to teach about objectification, voyeurism and Laura Mulvey’s notion of the “male gaze” using an Israeli avant-garde film Hole in the Moon (dir. Uri Zohar, 1964). Melissa Weininger, Anna Smith Fine Lecturer in Jewish Studies and Associate Director of the Program in Jewish Studies at Rice University, will discuss her use of the current TV series, Broad City and Transparent, to teach about gender, Jewishness, and popular culture. Finally, Abigail Gillman, Professor of Hebrew, German and Comparative Literature at Boston University, will share her approach to the representation of religious women on trial by focusing on the Israeli film Gett: Trial of Viviane Amselam (dir. S. and E. Elkabetz), and drawing on films from world cinema such as Sita Sings the Blues (Nina Paley), The Passion of Joan of Arc (Dreyer), and Silent Waters (by Pakistani director Sabiha Sumar).

In other news, the Film Committee is delighted to welcome a new member, Daniel H. Magilow, Professor of German in the Department of Modern Foreign Languages and Literatures at the University of Tennessee, Knoxville. His research centers on film and photography and their intersections with Holocaust Studies, Weimar Germany, and postwar memory. We look forward to integrating his areas of expertise in the upcoming film programs.

We hope that you will join us for the screenings, the directors’ talks and the film pedagogical roundtable. We welcome your feedback and suggestions and hope that you will be a part of celebrating cinema and incorporating movies into academic curriculum. “See” you at the movies!