The number of non-tenure-track (NTT) faculty soared during the economic downturn of the 1970s as American colleges increasingly relied on this cost-saving labor source. In 1969, seventy eight percent of faculty positions were tenured and tenure track and 22% were non-tenure track. By 2009, however, the proportions flipped with tenured and tenure-track faculty making up only a third of all positions and NTT faculty comprising the remaining two-thirds (Kezar and Maxey 2012).

The category "non-tenure-track" (or "contingent faculty")[1] is broad and comprises two very different groups: full-time faculty and part-time adjunct instructors. The former are salaried employees entitled to benefits who may have multi-year renewable contracts with access to promotions while the latter group earns low wages on a per course basis without benefits. Furthermore, the part-time category is heterogeneous and includes graduate students seeking teaching experience before going on the tenure-track job market as well as professional freelancers who teach long term at one or even more institutions and carry heavy teaching loads. Of all NTT positions, 19 percent are full-time and nearly half (48 percent) are part-time (Kezar and Maxey 2012). Between 1997-2007, full-time NTT positions grew by 38 percent and part-time positions by 42 percent. In contrast, tenure-track positions increased by only 9 percent during that same decade (Kezar and Maxey 2012).

Part-time employees are of particular concern since they are the most vulnerable to exploitation. In addition to earning low wages, they lack benefits and job security, and are not compensated (even for advanced preparation) when their courses are cancelled. In the 2015 survey of AJS members, Steven M. Cohen finds that within Jewish Studies, 15 percent of all cancellations are for courses taught by tenured faculty while 27 percent are for courses taught by adjuncts. It is not surprising that the Service Employees International Union (SEIU) has been particularly successful in their organizing efforts among adjunct faculty. SEIU’s Faculty Forward campaign has succeeded in 38 of the 41 votes held since it began in 2013. In the Boston area, contingent faculty at Tufts, Lesley, Northeastern, Boston University, Brandeis, and Bentley voted to become SEIU members.

The extent to which Jewish Studies relies on NTT faculty is unclear. Of the 1,353 respondents in the recent AJS survey, only 12 percent are adjuncts and contract faculty.[2] However, as Cohen points out, contingent faculty are probably underrepresented in the sample since they are less likely than tenured and tenure-track faculty to affiliate with a professional association. The low percentage, then, may say more about AJS membership rates of NTT faculty than about Jewish Studies’ reliance on NTT faculty. Even with these limitations, Cohen finds that two areas within Jewish Studies - Middle Eastern Studies and languages – stand out for their dependence on NTT positions: over a quarter (27 percent) of Middle Eastern Studies faculty were contract faculty while 21 percent of language instructors were contract faulty and an additional 4 percent were adjunct.

With the academy’s growing reliance on NTT faculty, the AAUP’s recommendation to convert all full-time NTT positions to tenure-track positions seems increasingly unrealistic (AAUP 2009 rev. 2010). We can, however, build upon the positive changes made in recent years regarding full-time NTT positions including renewable multi-year contracts that provide some degree of job security, the possibility of promotion, and eligibility for travel and other professional development funds. In addition to material benefits, we need to focus on intangibles such as integrating NTT faculty into department life by extending invitations to faculty meetings and other events as well as providing mentorship, especially for junior faculty.

Furthermore, we need to consider strategies for limiting the number of part-time instructors by giving long-term adjuncts with heavy teaching loads full-time NTT contracts. The emphasis needs to be on increasing the proportion of NTT faculty who are full-time and decreasing institutional dependence on part-time instructors. While high numbers of adjunct instructors meet the financial needs of higher education, we cannot afford to tolerate unfair job practices. Tenured, tenure-track, and non-tenure-track faculty are vital to our colleges and universities. Treating any group as second class is inimical to the functioning of a vibrant and healthy academy.

[1] Like many categories that define a group in comparison to a dominant group, the terms "non-tenure-track" and "contingent" are problematic.

[2] Cohen defines "adjunct" as an instructor who teaches on a semester-to-semester basis and "contract faculty" as non-tenure-track instructors who have teaching positions with at least a one-year institutional commitment.

Shelly Tenenbaum is professor of Sociology and director of the Holocaust and Genocide Studies Undergraduate Program at Clark University. 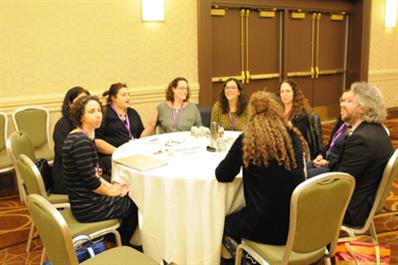