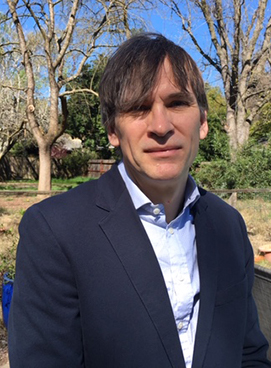 In Jewish Philosophical Politics in Germany 1780-1848 (Brandeis University Press, 2014), which in 2015 received the AJS’s Jordan Schnitzer Book Award for Philosophy and Jewish Thought, I explored how Jewish intellectuals used the conceptual resources made available by German idealist philosophy for thinking about their place in political modernity. In my current book project, with the working title “Making and Unmaking Literature in Nazi Ghettos,” I examine how Jews confined to ghettos deployed the resources of a different cultural institution—literature—to grapple with the extreme persecution, destitution and, ultimately, genocide they experienced as the chaotic events of what we now call the Holocaust were still unfolding. My research has led me to see considerable epistemological and ethical stakes in attending to the literary dimension of texts written during the Holocaust, beyond their value as empirical documentation, and to appreciate this dimension as in no way extraneous to what “really” happened. Indeed, I believe we can appreciate certain complex ways that Holocaust victims interpreted and lent meanings to their experiences only by attending to the dynamics of the literature they wrote and invoked.

I see my project as contributing to what we could call the cultural turn in Holocaust studies. In a programmatic essay, Amos Goldberg has signaled the need for a "cultural history" of the ghettos, by which he means attention to the various—and often collapsing—hermeneutic frameworks and cultural systems by which people in ghettos tried to make sense of what they were experiencing. While the scholarship pursuing this sort of victim-centered cultural-historical approach to life in the ghettos (by scholars including Barbara Engelking, Alexandra Garbarini, Samuel Kassow, Jacek Leociak, David Roskies, Jan Schwartz, and Amy Simon) is growing, the vast corpus of ghetto writings remains significantly understudied. The texts I focus on were written primarily in Yiddish (some were also written in German and Polish) in the three largest Nazi ghettos: Warsaw, Lodz, and Vilna. The texts I explore from the Warsaw ghetto were preserved in the Oyneg Shabes archive, and the texts I engage with from the Lodz and Vilna ghettos each have their own story of how they beat terrible odds and managed to be preserved. I offer readings of poetry by Yitzkhok Katzenelson, Josef Kirman, and Shmuel Marvil (all three writing in the Warsaw ghetto) and Avrom Sutzkever (Vilna); short prose texts by Leyb Goldin, Gustawa Jarecka, and Yehoshua Perle (Warsaw), Oskar Rosenfeld, Isaiah Spiegel, Josef Zelkowicz (Lodz), and Herman Kruk (Vilna); and the only extant (abortive) novel written in a Nazi ghetto, Zelmon Skalow’s Di hak an krayts (Warsaw). (Skalow’s title is a somewhat awkward pun on the German word for swastika, der Hakenkreuz.)

Questions animating my readings of these texts include: What happened to literature as a cultural institution and set of codes as Jews experienced their segregation from European society, and ultimately their individual and collective and cultural annihilation? What resources did Jewish and European literature provide to Jews to reflect on what was happening to them as the social and cultural structures they had known were collapsing around them? What resilience do literary conventions exhibit, and where and how do they break down? How does literature, understood as a humanistic institution, offer a point of reference for people’s experience of their progressive dehumanization? How did authors writing during the Holocaust implicitly and explicitly position themselves vis-à-vis Jewish and European literary traditions by writing within and against certain genres, from the lyric poem to popular genres like the macabre horror tale or the detective story, or through the work of intertextuality? In other words, what sort of literary epistemologies inform and emerge from the various ways ghetto authors sift through the promiscuous cultural detritus at their disposal from the particular vantage point and chronotope of ghettos?