The Challenges of Shrinking My Library

I retired from teaching at the University of Michigan in spring 2012.  Because the Department of History does not have sufficient space to allow professors emeriti to remain in their offices, I had to give up my office. This was neither emotionally upsetting or professionally inconvenient. I had never done any serious writing in my campus office and almost all of my research library was spread over two floors at home. I integrated the few shelves of books into my home library without difficulty – and moved six or seven boxes of offprints (of diminished usefulness, thanks to the advent of on-line journals) into the uncluttered office of a colleague who uses his campus office even less than I had.

Three years after my retirement my wife and I decided to sell the house in which we have lived for thirty years and move into a condominium close to campus and downtown Ann Arbor. We no longer needed so much house and we were tired of clearing snow, tending the garden, which was under constant assault from marauding deer, and climbing stairs. Once we had made the decision and signed a contract to buy a not-yet-built condominium, I faced the daunting task of reducing the size of my library, for although our new home would not be cramped it would not accommodate the thousands of books I had acquired since my undergraduate years.

The uncontrolled growth of my library over half a century was the result of multiple causes. I had been indiscriminate in acquiring books, in part, because I had taken to heart the advice of a friend at the start of my career that one never knew when one might need a book on this or that subject. Its growth also reflected, in part, the relative cheapness of books when I began teaching, especially in England, which I visited frequently. In addition, I have always had a weakness for secondhand book stores and charity book sales, especially those of the Brandeis University National Women’s Club. And last – but certainly not the least significant cause – there were hundreds of volumes that I received while serving on prize committees.

Deciding which books I could live without was not especially difficult. Many of them had entered my library casually, without great forethought, and they left in the same fashion. More difficult was the realization that I would never read them. The upsetting part of this realization was having to acknowledge that my years were not unlimited, as I may have unconsciously felt when I was younger. Reducing the size of my library thus had the unanticipated effect of reminding me of my mortality.

What, then, did I do with my “surplus” books? They left my library, just as they had arrived, in diverse ways, in dribs and drabs. I gave some to former graduate students and others to younger colleagues (most historians who are my contemporaries also struggle with too many books), knowing that my books would find good homes with them. I will donate some volumes to my university library, but, on the whole, there are few titles that it does not already have. The great majority of the books I have “deaccessioned” have gone to a local bookseller who works on consignment, sells on the web, and holds unsold items indefinitely. The downside of this arrangement is that she rejects about sixty percent of the books I give her because their resale value is so low. Fortunately, she does not return them to me but takes them to the city library’s book sale, allowing me to claim them as a charitable donation. The surprising side of the arrangement is learning the extraordinary price that an otherwise undistinguished book can fetch in the market place.  Who could have known that Ronald Sanders’s Lost Tribes and Promised Lands: The Origins of American Racism (1978) was a cult item and that a first edition was worth hundreds of dollars?  (A glance at the reviews on Amazon.com will explain why.)

The most difficult task in the entire process has been finding a home for journals that are now easily available electronically, including complete runs of the AJS Review and Jewish Social Studies. The sad truth, I have reluctantly learned, is that no one wants them.  They are victims of technological innovation and likely will end up in the recycling bin, which, at least, will give them some kind of afterlife.  Perhaps there are scholars or programs that would like to have them, but there is no way for me or others in the process of downsizing to know this and no mechanism to effect the transfer of books and journals. This seems to me a project in which the AJS might take an interest in the future.

Todd Endelman is professor emeritus of History and Judaic Studies at University of Michigan.
Join the AJSDonate 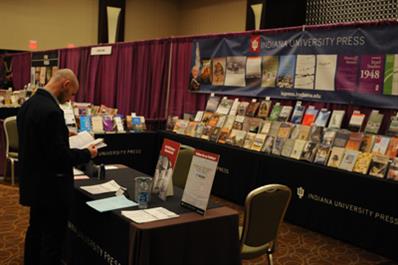