Above: Detail from Rachel Rafael Neis. Pascal Revolutions, 2019. Mixed media on paper. 6.5 in. x 10 in. Courtesy of the artist.

In this brief essay, I offer glimpses into the ways Baghdadi Jewish sitaras (Hindi: starlets) modernized their bodies on the screen by performing the vamp and other daring roles, thus initiating the liberation of the Indian woman’s body from the strictures of religion and the prevailing culture. Breaking from previous normative practices of male-only actors, these women legitimized acting as a woman’s profession, reconstructing their identities as women, as Jews, as Indians, and as actors. Their pioneering and groundbreaking roles as actors in the burgeoning film industry, despite Indian heteropatriarchal taboos against exposing women’s bodies and women’s social power, can be explained in terms of their liberal Jewish upbringing, their education and exposure to European culture, but also in light of their distinctive ethnic body, their light skin color, and their self-confidence in accepting and performing diverse roles. By exercising their agency as cosmopolitan women with a talent for acting equal to their male counterparts, they demonstrated female empowerment, with consequences for women on and off the Indian screen. As some of the first actors of Bollywood, these Jewish women challenged existing social taboos and contributed to the redefinition of gender roles in modern India. 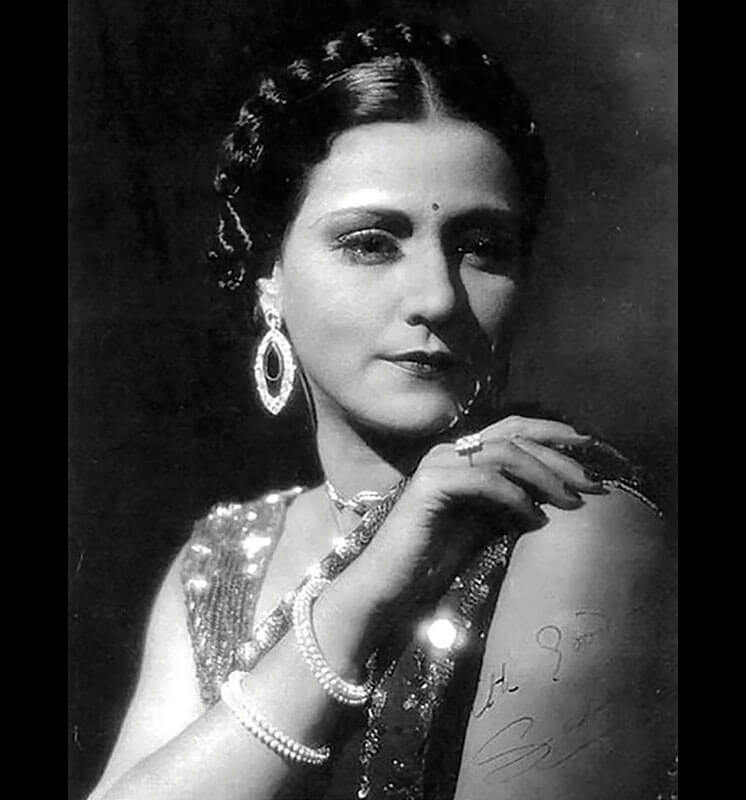 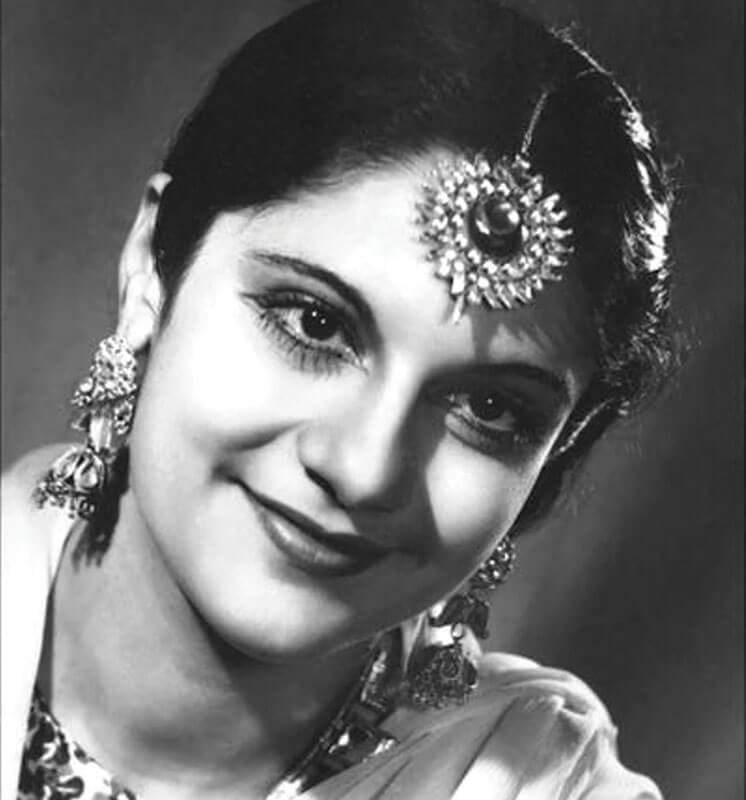 Traditional gender roles and rules of modest behavior in Hindu and Muslim communities in early twentieth-century India entailed the absence of women from the public sphere, let alone the performing arts, including dance and theatre. Once the film industry became a major channel for entertainment, the cultural taboo against female actors on stage was extended to include this medium. In patriarchal religions such as Hinduism, Islam, and Judaism, women’s dress codes and behavior have been strictly regulated. A primary example are mandates surrounding covering and configuration of women’s hair. Women’s hair in Judaism is considered ʿervah, or erotic stimulus, which must therefore be covered. In Islam the veil—the physical marker of female modesty—continues to be regulated in conservative communities and countries. Likewise, hair in Hinduism must also be carefully maintained, and women are expected to keep their hair tied back or covered.

Such social and religious rules aimed at regulating women’s bodies and discouraging women’s presence in public resulted in their absence from the performing arts in India. Thus, in classical Indian theatre and dance, such as Kathakali, female roles were always played by men. These views and practices were beginning to be challenged by women since the early years of the twentieth century. In the film industry, an urban phenomenon that rapidly replaced vernacular regional theatre, Jewish women took center stage. The Jews of the Baghdadi community were proud of their Jewish identity, while at the same time aspired to integrate into Indian society and gain acceptance into the ruling British class. Many maintained observances of the Sabbath, holidays, and dietary laws, gave to Jewish charities, and decorated their homes with Jewish art. Despite their efforts to assimilate, the Baghdadis remained the other in British eyes, regardless of their appreciation of their loyalty. At the same time, they were also the other in the eyes of the local Indian population, who did not consider them as “pure” or authentic Indians.

Jewish actors lived lives that were far more independent than those of many Indian women, both on and off the screen

Jewish actors lived lives that were far more independent than those of many Indian women, both on and off the screen. As part of a highly cosmopolitan Jewish community, women actors were able to develop their professional careers with little resistance. Although there were many Baghdadi women who did not approve of the Jewish actors’ public display of sexuality and eroticism, their overwhelming success and popularity resulted in both a muting of public criticism from the Jewish community, and even pride in their achievements.

This liberal stance towards educated and professional women in the Jewish community should be appreciated in contrast with the conservative views of the “procreative” and spiritual roles of women in early twentieth-century Indian society. To elite Indians, these were the ideal roles for women; in their view, women’s acting was indistinguishable from prostitution.

In this social environment, Jewish actors proved that respectable women could become professional actors, musicians, and dancers. Not only did they push gender and social boundaries by acting and appearing on the Indian screen, far more radically, they performed the roles of the “Modern Girl” and the “Bad Girl.” In sharp contrast to the image of the ideal wife and mother, their roles included rebellious wives who rejected traditional authority figures such as husbands and mothers-in-law. They starred in modern “racy” films that represented a new genre in cinema called “socials," which replaced classic Indian mythological films.

It was during the silent-movie era that Jewish actors rose to stardom; among the first stars was Ruby Myers (1907–83) whose stage name was Sulochana, who was known as the “Queen of the Screen.” Other Jewish women in early Indian cinema included Susan Solomon, known as Firoza Begum, and Esther Victoria Abraham, whose stage name was Pramila, who was also a major film producer and won the first Miss India award in 1947. Pramila and another Jewish actress, Florence Ezekiel, whose screen name was Nadira, were known for setting the benchmark for the role of “the vamp,” flirting with men and kissing in sexy love scenes. A key factor in the cinematic and feminist contributions of Jewish sitaras to Indian culture was their social, ethnic, and religious “in-betweenness.” They were neither white nor brown, neither British nor Indian, neither European nor Asian, neither Hindu nor Muslim. In these spaces of in-betweenness, they were able to define themselves and construct their identity as modern women, while continuing to affirm and identify with their Jewish and Indian traditions.

Another significant factor in the cinematic success of Jewish actors in the early years of Bollywood was their ambiguous ethnic look, with dark eyes and light skin, which they juxtaposed with their Western fashion style. Their hair was short, bobbed; their eyebrows plucked, their lips painted; they wore European suits and hats, but often donned the bindi as well as saris. The lightness of their skin combined with their European and Indian dress marked their belonging as well as their Otherness.

The looks and the roles in which the Jewish starlets were cast disrupted iconic images of the Indian woman as a spiritual exemplar, as a symbol of self-sacrifice for her family, as well as an Indian nationalist. As some of the first women actors of Bollywood, these Jewish women challenged existing social taboos and modes of heteropatriarchy and contributed to the redefinition of gender roles in modern India. Their significant impact should be acknowledged in the history of the Indian cinema and in the history of the Jewish community in India. 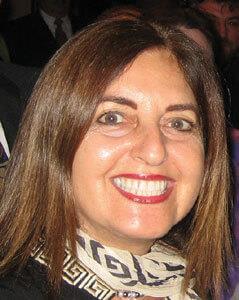 YUDIT KORNBERG GREENBERG is the George D and Harriet W. Cornell Endowed Chair of Religion and founding director of the Jewish Studies Program at Rollins College in Winter Park, Florida. Her recent books include The Body in Religion: Crosscultural Perspectives (Bloomsbury Academic, 2017) and Dharma and Halacha: Comparative Studies in Hindu-Jewish Philosophy and Religion, coedited with Ithamar Theodor (Lexington Books, 2018).

I wish to thank Danny Ben-Moshe, producer and director, for his well-made documentary, Shalom Bollywood: The Untold Story of Indian Cinema (2013), and for sharing it with me. I also wish to thank Nandini Mandara and Haidar Ali, daughter and son of Esther Abraham (Pramila) for sharing stories and photos of their mother during my Fulbright-Nehru Award period in Mumbai, Spring 2019.