French writer and Holocaust survivor Charlotte Delbo’s 1983 minimalist play, Who Will Carry the Word? is fashioned around the need for eroding bodies to continue to bear witness in a universe that is itself in a state of disintegration. The playwright’s predominant focus on bodily deterioration over other problems reveals a world in which there is an inability to even minimally care for the body (in general and for the particular needs of the female body).

In the drama, as in the concentration camp, physical deterioration occurs as the result of a number of forces acting on the body: the lack of basic food, hydration, and general nutrition; actions performed against the body, such as sleeplessness and torture; the inability to wash or cleanse one’s body, and the related inability to regulate bodily waste production. Reading Delbo’s lines against themselves, the images of excrement and other forms of human waste that occur with such regularity in the play become the link between the literal and the symbolic. Since the fundamentally symbolic nature of the consciousness of the self makes us unable to live with our own excrement, Delbo “embodies” those images in her powerful lines. While the language of the play (re)creates a world populated with dying and emaciated women, the play itself unfolds as the disintegration of that very world, even as the women seek one voice among them to “carry the word” back to the unknowing world. 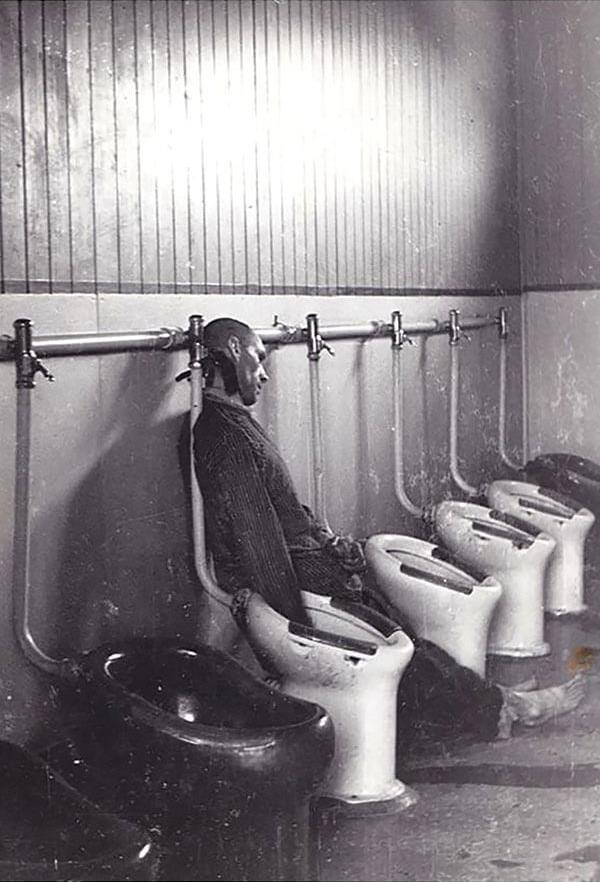 A man at Mauthausen-Gusen concentration camp hangs himself in a latrine of the camp, his hand resting in the toilet bowl. This image testifies to the inhumane conditions of the camps that led some prisoners to take their own lives rather than continue to suffer. Courtesy of the Holocaust Education & Archive Research Team (H.E.A.R.T.). 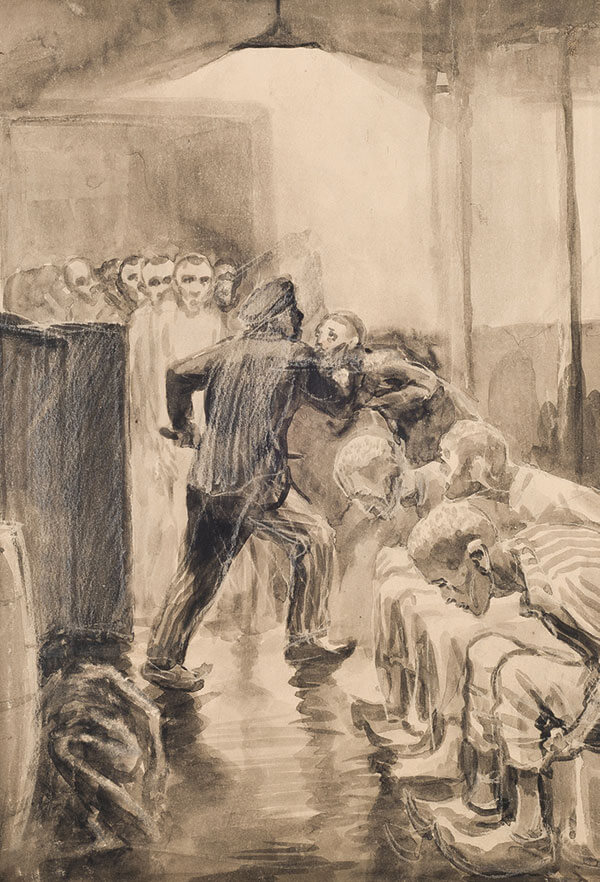 Jerzy Potrzebowski. Lavatory in Auschwitz, Poland, 1950. Auschwitz-Birkenau State Museum. This painting depicts the reality of the experience of using the toilet in the concentration camps. Prisoners had no privacy and were frequently harassed and beaten while on the toilet. Toilets with running water were rare and therefore usually smelled putrid.

In The Train Journey: Transit, Captivity, and Witnessing in the Holocaust, Simone Gigliotti coins the term “sensory witnessing” to describe the “condition of literal defilement” felt by the prisoners living inside the smell of excrement. In consideration of Terrence des Pres, the excremental assault resulted in the unmaking of bodies, exposing a profound crisis of witnessing. Gigliotti’s notion of “sensory witnessing” reminds us that no aspect of the Holocaust should be ignored; that even such socially taboo topics as excrement, urine, human waste, and their accompanying stench should be accounted for.

In reality, human waste overflowed in the camps. Prisoners climbed up out of the waste and entered it again in the morning after the bucket slopped over. At night, prisoners necessarily repurposed their soup bowls as toilets. Outside, the human material spewing forth from the crematoria night and day—a combination of gases, ashes, and mineral fragments—constituted human waste of a different kind. Falling over the camp grounds, dusting the heads, bodies, and entering the orifices of the prisoners, it was an assault of the kind that poet Paul Celan imagined every morning as the “black milk of daybreak … [which] we drink and we drink.”

Images of excrement and human waste have become as iconic as they are ubiquitous. In this case, art moves us closer to reality. In consideration of the camps, as one example, Delbo’s prose submerges us in the muddy grounds so grueling for prisoners to traverse, the now- expected references to diarrhea and its gruesome and painful effects, turning the grounds themselves into toilets, and in the smeared remains—relics even—of the prisoners in their final moments. They remind us, as does Daniel Goldhagen, of the physicality of the Holocaust, gradually Within these pathological afterimages of human waste lay the remnants not seen.

A discussion of the unseen sensory element nonetheless present in the scene furthers an understanding of the limits of representation, underlining the need to return again and again to the imagery of the not-seen alongside the seen. The absent presence—a phantasm of history —emerges from the massive archive of survivor testimonies. Here, I want to cite Giorgio Agamben, who writes that “testimony contained at its core an essential lacuna … commenting on survivors’ testimony necessarily meant interrogating this lacuna.” In consideration of this narrative hole, it may be useful to interrogate ongoing moments of contact between people and shit. In the imagery, the forced contact reveals a variation of copraphagia, the ingestion of excrement. That excrement could enter our mouths is an idea routed through the brain that records itself in and on our bodies as revulsion, abjection, impurity, and taboo. Under this investigation, even the lacunae are seen as abject.

The reality of excrement as an “absent presence” in the visual imagery has become, to an extent, a metaphor.

Pursuing the relationship between shit as metaphor and the “reality” of human waste underscores the “impossibility of metaphor” as an axiom of Holocaust representation. As with other affective images and tropes, the representation of human waste is a powerful metaphor, revealing real olfactory consequences of an ongoing excremental assault in the camps, ghettos, and in hiding. The imagery suggests the “unbearable stench” evoked by poet Edmond Jabés, in as much as they suggest a metonymic connection between the seen and the unseen, the smelled and the unsmelled. Olfactory information is sensory, mostly unfacilitated knowledge that reaches deep into our sciences and our mythologies, just as the words “witness” and “testify” originate in the fragments of the biological humanity that we excrete. The reality of excrement as an “absent presence” in the visual imagery has become, to an extent, a metaphor. The exposure of its presence in the frame highlights the “uncontained” nature of shit as fragmentary, remnantal, piecemeal, but also fluid and without borders. Exposing the reality of the pathological “afterstench” even more forcefully sears the scene (and not seen) into the imagination of the nonwitness, as this essay seeks to do. 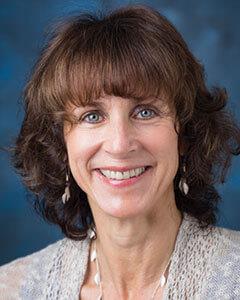 HOLLI LEVITSKY is founding director of the Jewish Studies program and professor of English at Loyola Marymount University in Los Angeles. She is the author of Summer Haven: The Catskills, the Holocaust and the Literary Imagination (Academic Studies Press, 2015).