Embodying Herself: A Jewish Feminist Approach to Body Liberation

Once, when I presented my research on Jewish feminist haircutting rituals for young girls, an audience member scoffed at my presentation, laughing aloud. He asked why women would reimagine a ritual that already was invented for boys; why it mattered if only a few women took part; and why feminists even cared about “traditional” motherhood. His questions pointed to the very heart of my argument—in order to navigate Judaism as a feminist, and to do feminism Jewishly, it is imperative to develop new approaches to how we both theoretically and literally treat the bodies of Jewish women.

This work begins first with the acknowledgement that female bodies include all of those who identify as women, as well as recognizing the oppression faced by those who identify outside of the culturally created binary of gender. As a feminist scholar who studies the folklore of the body, I have witnessed the ways in which the body has been used to both devalue and humiliate women, as well as how the reclamation of corporeal agency recenters women’s voices. Within Judaism, feminist reembodiment manifests in three primary ways: challenge, adaptation, and invention. 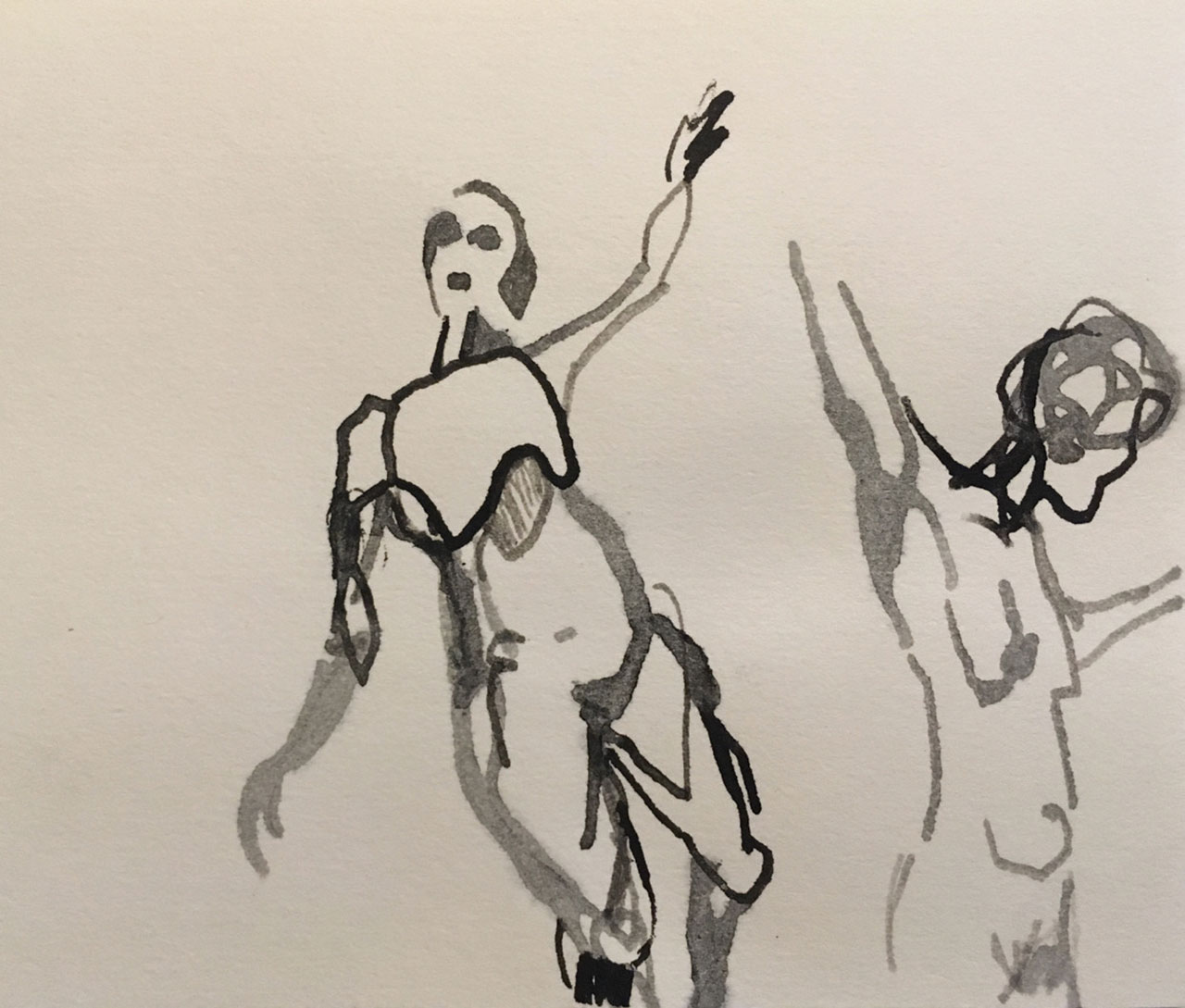 When women’s bodies challenge the status quo (e.g., including women in a minyan), responses have been largely reactionary. The discussion focuses on whether or not inclusion is halakhic, rather than addressing the underlying need for Jewish women to have their bodies recognized as fully Jewish, fully female, and fully participatory. At these reactionary junctures, we see the ways in which women’s bodies challenge religious tradition, forcing us to ask and answer the question: Do women’s bodies and their corporeal actions deserve the same rights within Judaism that are given, without dispute, to men?

In asking this question, women have challenged the symbolic inventory of Jewish bodies, which has historically been imbued with maleness (e.g., peʾot, tallitot, tefillin, yarmulkes, ẓiẓit, and kittel). As women have adopted these symbols and garments, their adaptation has led to change: the stylization of kippot and tallitot, changes in spatial agency through the removal of the meḥiẓah, having women on the bimah, and having women serve as magbihah and golelet. These are all examples of an egalitarian shift in Jewish practice, through which Jewish women have adapted rituals and religious embodiment, taking practices that had previously prohibited female participation and adapting them to be inclusive of women. Yet, it is worth noting that although women have taken on many of the body practices of men, few Jewish men have adapted symbols or rituals traditionally ascribed to Jewish women’s bodies.

But Judaism is not one-size-fits-all. When rituals and symbols do not resonate with women or celebrate their bodies in affirming ways, Jewish feminists have invented new practices, including the celebration of Rosh Ḥodesh, creative use of the mikveh, and new rituals around childbirth, breastfeeding, the loss of a mother figure, menopause, and gender affirmation and/or transition. Similarly, Jewish women have also advocated for incorporating other forms of experiential embodiment during worship— integrating dance, yoga, and breath meditation, as well as the recognition of craft and folk art as forms of Jewish learning. In doing so, these unique corporeal expressions of Jewishness are revalued and centered in the narrative.

Contemporary Jewish feminists must build upon previous work and continue to challenge the oppression of bodies within Judaism, advocating for the intentional integration of diverse Jewish bodies.

Contemporary Jewish feminists must build upon previous work and continue to challenge the oppression of bodies within Judaism, advocating for the intentional integration of diverse Jewish bodies. Three places for further development include: eschewing binaries, building bridges across orthodoxies, and addressing physical space.

First, the bodies of Jewish women have historically been marginalized and this marginalization has been compounded by any form of “minority” designation. Jewish feminist embodiment practices must recognize the intersections of oppression that manifest on the body, eschewing binary constructs of gender, centering the voices and experiences of Jews of Color, and working in tandem with other body liberation groups to adequately recognize differently abled bodies, bodies of all ages, trans and nonbinary bodies, fat bodies, and bodies of all races and ethnicities. There is not one way to be embodied as a Jew, and a Jewish feminist body ethic must give voice to the multitude of corporeal intersections. This can only be done when we recognize the fallacies of binary gender systems, assumptions that someone can “look Jewish,” and begin to interrogate the cultural and religious messages we have internalized about bodies.

Second, just as there is not one normative physical expression of the Jewish body, there is also not one encompassing religious experience of gender. The reformation of patriarchal Jewish practices has, at times, marginalized the voices of Orthodox women. True equality of bodies cannot be achieved at the expense of others. Rather, radical body liberation is achieved when Jewish feminists allow for a wide range of consensual, informed engagement with their bodies—recognizing that there can be disagreement without devaluing one’s personal corporeality. The focus should be on building bridges between practices, interrogating difference thoughtfully, and understanding the multitude of ways in which Jewish women can embrace and experience their bodies. These practices will look different for each individual, but an inclusive feminist approach cannot dismiss the religious choices women consensually make about their bodies.

Finally, just as people exist in bodies, bodies exist in physical spaces. Accessibility should not be an afterthought as Jewish feminists prepare synagogues, meetings, classrooms, and other Jewish spaces. When we are reactive to the needs of bodies, we communicate disinterest and marginalization. That is to say, when we react rather than include, we accommodate rather than integrate. Whether it is installing ramps, establishing gender-neutral restrooms, offering a variety of sitting or standing options, or creating comfortable spaces to breastfeed, Jewish feminists must call for the proactive development of body-friendly spaces as they work toward radical hospitality, inclusion, and integration. In doing so, they demonstrate that all bodies are, indeed, welcome, even if they have not yet arrived in the space.

As we imagine the future of Judaism, we must recognize the great potential of both the collective body, as well as how it is constructed by individual bodies. As Jewish feminists work to dismantle systems of power, oppression, and privilege, the physical body plays a significant role in navigating both public and personal experiences of Jewishness. To build a better future collectively for Jews and for the next generations of girls, Jewish feminists must continue to evolve and find new ways to celebrate women as fully embodied and fully Jewish. 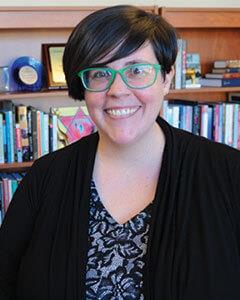 AMY K. MILLIGAN is the Batten Endowed Assistant Professor of Jewish Studies and Women’s Studies at Old Dominion University, where she is also the director of the Institute for Jewish Studies and Interfaith Understanding. She is the author of Hair, Headwear, and Orthodox Jewish Women: Kallah’s Choice (Lexington Books, 2016) and Jewish Bodylore: Feminist and Queer Ethnographies of Folk Practices (Rowman and Littlefield, 2019).