Bound: Isaac, Immortality, and Ageism in the Academy

Every year for a decade, I trod the campus like a shade, haunting lectures and seminars, waiting invisibly during office hours, sipping stale coffee in college cafes, while my younger colleagues gabbled all around me, oblivious to my presence. My thinning hair and gray beard marked me as a man settled in his power, already bound to his position and his fate. My body, resplendent in the plumage of midlife, was often sheathed in the uniform of the workplace, shuttling as I was between my day job and my classes. I was a being between dimensions: a middle-aged graduate student.

I became accustomed to being mistaken for the professor on the first day of class. After a couple of academic terms, I observed, with amusement rather than shame, the unspoken questions flash across the face of my fellow students as we introduced ourselves: “But … you’re so old. Why are you a student?” “Will I be competing with you for a job?” “Don’t you already have a job?”

The academy is at once allergic to and helplessly dependent on its own peculiar conceptions of caste; in its constructions of power, it is, like its monastic forebears, utterly masculine, and masculinist. The university’s roots in the monastery go back beyond the early Christian conventicles to, among other fraternal orders, the cult of sacrifice—and thus, in Jewish tradition, to the taproot of sacred violence: the Akedah, the Binding of Isaac (Gen 22:1–20). In this brief, brutal narrative, Isaac’s self and selfhood are bound, destroyed, and reconstituted by his father, whose conception of and relationship with God is, in the same instant, also destroyed and made new. 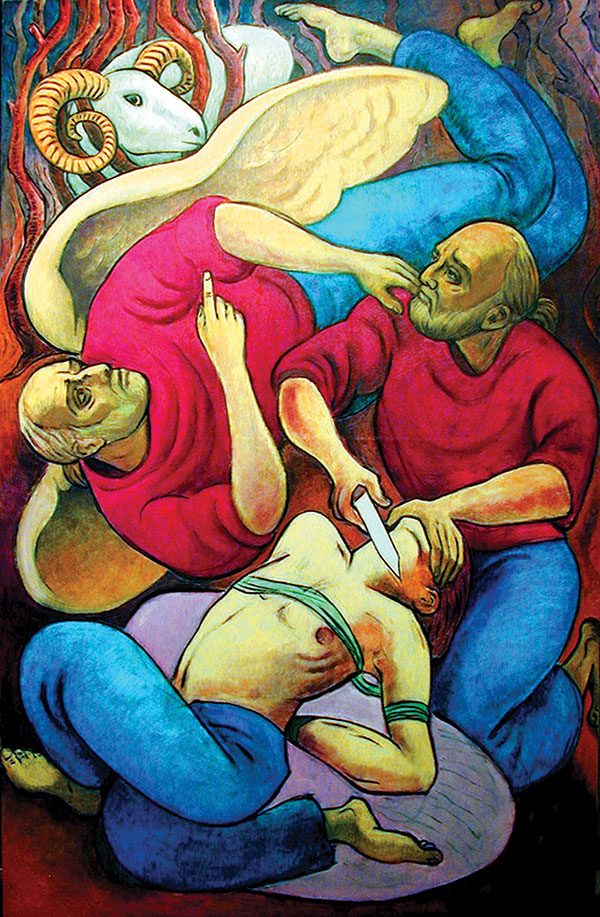 The son’s role as the instrument of the father’s striving after immortality lives, in the West, in what Ernest Becker called our “causa sui” projects. Our unique capacities of thought and memory leave us terrified at the prospect of our own passing, so we are lashed—both with and without our consent—to altars of immortality: not just family, but lineage; not just work, but career. The urgency of career is especially acute in the academy, where we begin as Isaac, trusting those who bind us, and all too often end as Abraham, willing to subject our intellectual offspring to the knife for the sake of a whiff of everlasting legacy.

As Sarah Coakley has pointed out in her essay, “In Defense of Sacrifice,” the sacrifice of Isaac on one level represents the killing of the feminine. (The exclusion of Sarah from the proceedings, and her death immediately afterwards, emphasize this theme.) In Coakley’s view, Isaac is a gender-labile figure who must be sacrificed so that Abraham can purify and intensify his devotion to God. The masculine, seeking to transcend mortality by rehearsing death, seeks a victim to substitute for the self—one that represents natality, ritual impurity, and most of all, love.

Like Isaac, we were both sacrificed and somehow spared, whereupon we committed ourselves to redigging the wells of those same academic fathers.

As Shalom Spiegel suggests in The Last Trial, the earliest versions of the Akedah may have concluded with Isaac slaughtered, his ashes buried under the altar on Mt. Moriah. The rabbis, however, see Isaac spirited off to heaven and resurrected. He is both alive and dead—the Schrödinger’s cat of Judaism, the patron saint of the masculine immortality project.

I suppose a midlife PhD must in some way have been my own, modest immortality project. Sporting my business-casual attire and black briefcase, but possessed of a student ID, I looked to other students like an academic Abraham, but turned out to be a fellow Isaac. I bore the marks of middle age but let myself be bound to the same altars as they. I had a job, a mortgage, a family, a life beyond campus, but I also had papers to submit, exams to prepare for, courses to TA.

I was, of course, lucky. Students of color, LGBTQIA, gender-nonconforming students, and women struggle constantly against implicit and explicit bias. All were subject to the masculinist sacrificial ethos in action: the gray sages leading us up the mountain; the devotion with which we flung ourselves down upon their hastily erected altars; their knives flashing over our futures. Like Isaac, we were both sacrificed and somehow spared, whereupon we committed ourselves to redigging the wells of those same academic fathers.

And even though I, too, submitted myself to the knife, in the eyes of my fellow students, because of how I looked, I must all along have been wielding a blade of my own. 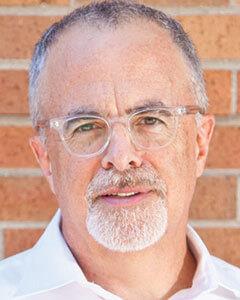 DAVID N. GOTTLIEB teaches at Spertus Institute in Chicago. He received his PhD in the History of Judaism from the University of Chicago Divinity School in 2018. He is the author of the forthcoming Second Slayings: The Binding of Isaac and the Formation of Jewish Memory (Gorgias Press).