On Hate and Jewish Loyalties across the Americas: The Case of Argentina in the Early 1960s

Jews in the United States today are experiencing what Jewish Argentines went through in the 1960s. By all accounts, 1962 was the worst year of the decade, but since 1960, not a week went by without an attack against Jews or Jewish institutions in many Argentine cities. News about broken windows and antisemitic graffiti abounded. Synagogues were targeted, as were young Jews. In the most shocking case, three young right-wing thugs kidnapped Graciela Sirota, a young university student, in broad daylight. The young “ruffians” repeatedly beat her, burned her body with cigarettes, and carved a swastika on her breast. They also reminded her that “Eichmann [was] dead because of [her].”i The connection between these violent acts and the abduction of Nazi war criminal Adolf Eichmann by Mossad agents in Buenos Aires in May 1960 seemed obvious to many contemporaries.

Besides the attacks themselves, perhaps what hurt Jewish Argentines more was the doubts cast about their loyalty to the Argentine nation. They were accused, and not only by extreme right-wing organizations, of double or dual loyalty. The support given by Jewish Argentines to Israel’s efforts to bring to justice war criminals such as Eichmann was interpreted by some as support to the infringement of Argentine sovereignty and therefore as disloyalty. The visible hate against Jews during these years offered a moment of reflection on Jewish membership and place in the Argentine nation. The editor of Jewish biweekly magazine La Luz wondered if “it [was] worthwhile for Jews to continue living in Argentina,” after “the beautiful ideal brought by the Jewish settlers began to crumble with each Jewish child slashed with swastikas, each Jewish institution shot at.”ii 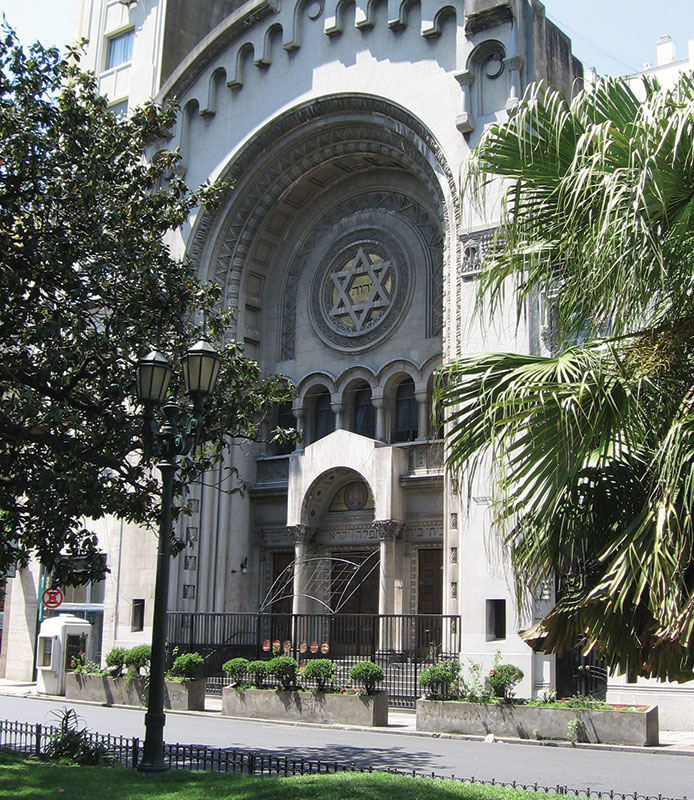 These antisemitic incidents were not just the work of fringe groups that existed outside the dominant culture of the nation, and therefore the organized Jewish community considered a broad repertoire On Hate and Jewish Loyalties across the Americas: The Case of Argentina in the Early 1960s Adriana Brodsky and Raanan Rein of responses: from establishing Jewish integral schools (such as Tarbut), in which Jewish pupils would not be exposed to antisemitic violence and bullying, to traditional lobbying of national and municipal leaders (shtadlanut); from denouncing the silence of the Catholic Church in condemning the hate, to shutting down business as a sign of public protest; from working to influence and mobilize public opinion against antisemites, to establishing self-defense groups that would guard community institutions at night.

Although motivated by similar concerns, such selfdefense groups in different countries in the hemisphere were not centrally coordinated, and assumed different characteristics according to the national contexts in which they operated. Unlike the Jewish Defense League in the United States, under the leadership of Rabbi Meir Kahane, in Argentina the social base of these groups was more diverse (politically, socially, gender-wise, and ethnically), and the organized community and Israeli envoys were more involved in the training and support of these young Jewish Argentines. As active participants in the self-defense organization, hundreds of young Jews were able to construct their own separate identity, as well as highlight their Jewish masculinity and strengthen their image as soldier-pioneers. Their activities encouraged them to operate outside of accepted social norms and to adopt an approach that challenged existing communal leadership demands. The semiclandestine activities in Argentina were, at times, very aggressive, including burning printing presses of antisemitic pamphlets, beating antisemitic thugs, and planting small bombs in the headquarters of anti-Zionist organizations.

In Argentina these groups also contributed to a heightened Jewish and Zionist consciousness among young people and to a growing solidarity and cohesion within the framework of the organized community. The increase in immigration to Israel during the 1960s and 1970s was at least in part a result of these activities.

Argentina’s self-defense organizations opted for an aggressive self-defense, which held inherent dangers of mirroring violent antisemitism. Therefore, their struggle, as well as the Jewish Defense League’s tactics in the United States, did not contribute to fostering a democratic and tolerant society.

Pursuing political avenues proved to be, in the long run, more successful. One of the right-wing organizations, Tacuara, was eventually declared illegal by the Argentine government thanks to the work of the DAIA (Delegación de Asociaciones Israelitas Argentinas), the central body that still represents the Jewish community to the Argentine government. Recent economic and political upheavals in Argentina have not produced any notable antisemitic discourse or incidents like in the 1960s.

The most recent American Jewish Committee survey of American Jews indicated an increase in antisemitism over the past five years. Far beyond the tragic attacks in Pittsburgh and Poway that have been in the limelight, antisemitic incidents have become part of the social experiences of many Jews. David Frum, for example, listed attacks in New York City and in Massachusetts, whose descriptions mirrored those in 1960s Jewish Argentine newspapers. And even President Trump has questioned the loyalty of (some) American Jews over their political choices, furthering the notion that (some) do not belong to the nation.

Bari Weiss asked in a recent op-ed, "What if the story of the Jews in America wasn't a straight line, but a pendulum, which had swung one way and was now swinging back into the darkness of the Old World we were sure we'd left behind?"iii The history of Jews in Argentina during the 1960s reminds us that there are several pendulums moving at different times, with each instance of antisemitic violence adding to the collective memory and experience of Jews in the continent. The debate as to how to react to antisemitic violence and hate clearly still lives on in the Americas, but making known past lessons about the futility of revenge and violent counterattacks, and the importance of creating cross-ethnic coalitions and mobilizing public opinion will strengthen Jews in their efforts to defend their belonging in and to their American nations. 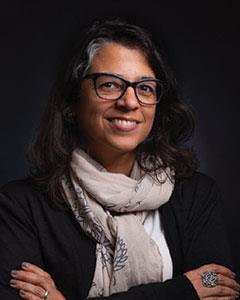 ADRIANA BRODSKY is professor of Latin American and Jewish History at St. Mary's College of Maryland. Her Sephardi, Jewish, Argentine: Community and National Identity 1880–1960 (Indiana University Press) was published in 2016. 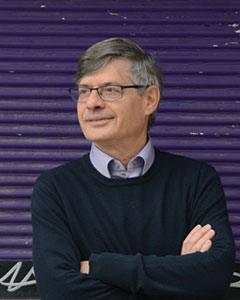 RAANAN REIN is the Sourasky Professor of Latin American and Spanish History and Vice President of Tel Aviv University. His most recent book is Populism and Ethnicity: Peronism and the Jews of Argentina (McGill-Queen's University Press, 2020).