Protest vs. Hate: Debating Disruption at an Antisemitism Conference

In October, I attended the annual conference of Bard College’s Hannah Arendt Center for Politics and Humanities. Entitled “Racism and Antisemitism,” the two-day program interrogated fundamental questions about both belief systems. In a turn of events that would strain believability in a year other than 2019 (or 5780), a series of performative outbursts turned the gathering into a referendum not only on anti-Jewish racism but also on the premises of discussion itself.

The drama unfolded in three acts. Act One encompassed the opening day’s last panel, entitled “Who Needs Antisemitism?” About twenty student protesters affiliated with Bard’s chapter of Students for Justice in Palestine (SJP) took center stage, chanting slogans and carrying placards during the start of Harvard emerita Ruth Wisse’s formal remarks. Most were allowed to remain and to continue standing in front of the podium, provided they quieted down. At the end of the talk the protesters resumed their chant, which seemed to draw a moral equivalency between Israeli occupation of Palestine and an alleged hate crime at Bard’s sister campus. At this point campus security ushered the protesters out en masse.

The curtain rose on Act Two the following morning, during a panel on the intersection between racism and Zionism. Batya Ungar-Sargon, opinion editor of The Forward—who had been seated onstage during the previous night’s protest, in preparation for a moderated discussion with Wisse that followed—excoriated the conference’s audience for our ostensible failure to respond decisively to the placard carriers, and stated her intention to lodge her own protest by leaving straight away. It was the second time we had heard “Shame on you!” from the stage in less than a day: first Wisse to the protesters, and now Ungar-Sargon to us. As she made her way to the exit, conference organizer Roger Berkowitz interposed a brief defense of his decision to “ignore” the protesters the previous day by allowing them to remain, while also praising Ungar-Sargon for her bravery and urging her to stay. She briefly tarried to speak with a few well-wishers, who also attempted to sway her, but to no avail. Looking around, I took a mental snapshot of the scene. Audience members were looking around quizzically, half expecting the next act to come storming through the door any moment.

As it turned out, Act Three took the form of a sustained epilogue following the conference. Ungar-Sargon set the scene with an opinion piece that bore the provocative title “I Was Protested at Bard College for Being a Jew,” which soon began making the Twitter rounds, appearing (for example) on the Anti-Defamation League’s feed.i Rejoinders by Berkowitz, conference co-organizer Samantha Hill, and others who had spoken there soon followed in The Forward; to varying degrees, these responses disputed the veracity of Ungar-Sargon’s claims.ii An additional response from Shany Mor, an associate fellow at the Arendt Center who also participated in the moderated discussion that followed Wisse’s talk, supported Ungar-Sargon’s general view.iii

If intellectual disposition matters, it follows that it can also be cultivated through the rituals of discourse.

High drama indeed, at least for an academic conference. Looking back on the program, the unsung hero of the show had a more subtle approach: sincere discussion. Contrary to popular belief, academics can sometimes respond with maturity to unexpected public displays. In a shocking plot twist, most of us did. For all twenty who carried placards, and notwithstanding Ungar-Sargon’s decision to make a bold statement, many more attendees used the channels of discourse to reflect on what had transpired. Breakout sessions were converted into opportunities to engage in searching, impassioned, and meaningful dialogue. The discussion coalesced around three interrelated questions. First, how does one discern the distinction between protest that furthers conversation and protest that disrupts it? Second, to what extent is anti-Zionism tantamount to antisemitism? Third, what does it mean to debate both these questions simultaneously as they each unfold in real time?

From our collective discussion of these questions, one significant takeaway was that intellectual disposition matters. Most attendees with whom I spoke agreed that nonviolent protest is a form of expression that can powerfully shape a conversation. Yet there was also a general consensus that the adoption of such tactics without circumspection does little to advance one’s cause. Wisse and Ungar-Sargon were correct to note the irony of protesting a talk about antisemitism with placards reading “ZIONISM = RACISM” and “I Stand with Ilhan Omar.” As Wisse repeatedly noted, her talk had nothing to do with Israel. Ungar-Sargon may miss the point—there is no clear evidence that she or her copanelists were protested specifically for their Jewish identity— yet she and Mor are justified in wondering what this anti-Zionist outpouring was all about. It was likely a response, at least in part, to a series of inflammatory statements Wisse had made about Palestinians in the past. Fair enough; Wisse even offered a few essentialist nuggets about “the Arabs” in her formal remarks. Yet as Mor repeatedly noted, there were plenty of inflammatory things uttered—both in the past and in real time—by other speakers at the conference, with no ensuing protest. All this makes me wonder what might have happened had these students taken a different approach. They might have listened actively to Wisse’s remarks, and then raised their hands as a bloc during the question-and-answer session, asking pointed questions to convey their premises and generate apposite responses. In this way they might have shaped the conversation more to their own liking, instead of leaving the audience speculating about their motives.

None of this is to say that the conference organizers should have kicked the protesters out summarily. As per school policy, sustained verbal disruption was the one-way ticket out the door for individual protesters, and ultimately for the full group. The students seemed to understand as much, opting for a showy entrance and exit but largely silent in between, thereby ensuring their right to remain. As Berkowitz has noted, it is fair to ask whether he should have requested that the protesters move to the side of the auditorium so as not to obstruct the panelists’ ability to see their audience, and vice versa. It is also fair to ask what he should have done in that hypothetical scenario had they refused his request. One point that emerged from our discussion was that a rewrite of campus policy may be in order to address this grey area.

Ironically enough, the SJP students may indeed have proven Wisse at least somewhat wrong, albeit not via persuasion. With tongue partially in cheek, Wisse is fond of labeling antisemitism “a brilliant strategy” for its obstinate redirection of attention from the complex to the facile. Antisemitic or not, this particular protest appears to have had the reverse effect, as we attendees left the conference with a more nuanced understanding of the parameters of both antisemitism and free expression after debating and discussing those very topics. The Arendt Center continues to offer opportunities to virtually engage with the issues raised by the presence— and tactics—of the protesters. For my part, I resolved to further redirect the episode toward nuance by assembling a symposium at my institution on the subject of discourse and its norms. The event occurred in February, and opened up a productive institutional dialogue.iv There is no better way to build a thriving academic community than to start by thinking carefully about how we communicate ideas to one other, and how we listen. If intellectual disposition matters, it follows that it can also be cultivated.

Thus the show goes on. 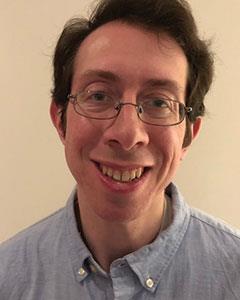 DAVID A. DAVIDSON is a member of the History Department at The Dalton School. He holds a BA from Yale University, and an MA and Ph.D. from Northwestern University. He teaches seminars on the history of ideas in early America, as well as a class on the history of American conservatism. He recently organized a schoolwide symposium on the historical and contemporary dimensions of free-speech discourse. He is eager to craft additional programming and writing about ideological diversity and political pluralism, and welcomes collaboration across disciplines. He can be reached at dadavidson@gmail.com.

iii See letters to The Forward’s editor by Kenneth Stern, dated October 13, 2019, and by Berkowitz, Hill, and Shahanna McKinney-Baldon, dated the following day. All can be accessed online via links at the end of Ungar-Sargon’s piece.

iii Shany Mor, “Letter: Why Is Everyone Lying about Bard? Every Other Account Proves Ungar-Sargon Right,” The Forward, October 20, 2019.

iv Berkowitz and Hill were among the symposium's featured panelists.