If Moses was not up to the task, then how could anyone else possibly hope to succeed?

Speaking out against wrongdoing is no easy endeavor. If Moses was not up to the task, then how could anyone else possibly hope to succeed? Early rabbinic literature paints a portrait of the challenges involved in protesting effectively and the potential for even well-executed rebuke to fray the bonds of interpersonal relationships. The difficulty and dangers involved in this activity help us to understand why the early rabbis, though renowned as masters of debate and disagreement, are remarkably reluctant to protest against behavior of which they disapprove. Protest can take many forms. An analogue in the Greco- Roman world of antiquity, parrhesia, the duty of speaking the truth, could manifest as confrontation with a powerful political figure or as constructive criticism by a conscientious friend.i While typically one might imagine the former to pose the greatest threat to the practitioner, the early rabbis repeatedly demonstrate that they envisioned protesting against both peers and subordinates as fraught activities, even regarding entirely justifiable or mundane matters. In their eyes, even the towering figure of Moses was not able to challenge the Israelites’ improper behavior in the desert without suffering some amount of backlash.

Sifre Devarim (piska 1), the early rabbinic midrash on the words (devarim) that Moses spoke to the Israelites in the desert were expressions of rebuke. Moses even served as an exemplar for later prophets who challenged the people’s behavior. But the midrash also imagines all of the pushback that Moses might have endured had he not executed his task proficiently. If Moses had only confronted some of the people, then the others would have chided their peers by saying, “You have heard this from the son of Amram, and you did not answer him back?! Had we been there, we would have responded to him four or five times for every one of his words!” Anticipating resistance, Moses cunningly preempted any challenge by informing all of the people at the outset, “I am about to rebuke you. If anyone has anything to say in rebuttal, let him come forth and speak!” While Moses was able to control the situation in the moment, he nevertheless seems to have fostered prolonged indignation by those who refused to mourn for him.

The danger of inculcating resentment appears to have influenced the Tannaim (the early rabbis), who immediately jump from the difficulties Moses faced to admitting their own inabilities: Rabbi Tarfon declares that no one in his generation is able to rebuke, Rabbi Elazar ben Azariyah responds that no one knows how to accept rebuke, and Rabbi Akiva reiterates that no one knows how to properly rebuke. The threefold denial of the possibility of successful rebuke underscores rabbinic anxiety toward fulfilling the biblical commandment to rebuke one’s fellow (Lev. 19:17).ii Despite their penchant for vocal disagreement over Jewish law, when it comes to directly confronting people about their behavior, the rabbis are reluctant.

At first blush, the rabbis appear more open to protesting מ.ח.ה) ) than rebuking ( י.כ.ח ). A number of passages provide prescriptive instructions for circumstances in which protesting is allowed and when it is impermissible. However, the majority of these instances relate to conflicts between neighbors, businessmen, and others rather than specifically rabbis. When the rabbis do appear in situations in which they might protest against activities in Jewish communities, we can detect their hesitancy.

In a contemporary setting, protest is frequently employed to prompt change among those with power.

In a contemporary setting, protest is frequently employed to prompt change among those with power. But protest also occurs on a more local level among friends and followers. Even in these contexts, however, challenging another person’s behavior can involve danger. The Tannaim were keenly aware of the limits to their ability to interfere in the practices of others, and expressed their anxiety by portraying the biblical hero Moses as meeting intense resistance to his critiques of others. If even Moses, the first link in the chain of tradition, faced great challenges, then anyone else can expect the same or even greater opposition. No wonder the early rabbis were so reluctant to protest! 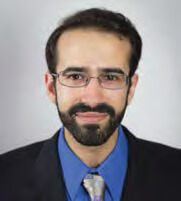 MATTHEW GOLDSTONE is assistant academic dean and assistant professor at the Academy for Jewish Religion. He is the author of The Dangerous Duty of Rebuke: Leviticus 19:17 in Early Jewish and Christian Interpretation (Brill, 2018) and co-author of Binding Fragments of Tractate Temurah and the Problem of Lishana Aharina (Brill, 2018).

ii This same rejection of rebuke by the Tannaim appears in Sifra, the midrash on the book of Leviticus, as part of the commentary on Leviticus 19:17.