This year marks the fiftieth anniversary of the 1971 demonstrations by the Israeli Black Panthers movement. This was a historic event in which Jewish immigrants of MENA origins in Israel, most prominently Moroccans, participated in mass public protests to draw attention to ignorance on the part of the Ashkenazi-dominated political establishment of their acute social and economic distress as new immigrants in the country.

The early 1970s gave rise to a growing global awareness of racial and social inequalities, and an increase in civil rights activism and minority protests.

As might be evidenced by their choice of name, the Israeli Black Panthers movement was influenced by a broader global context of non-Jewish minority protests, including, but not limited to, the US Black Panther Party, founded in 1966 by African Americans. The domestic demonstrations and the broader ethnic struggle in Israel at the time are therefore generally understood as the manifestation of unjust global hierarchies between “Western” (Ashkenazic) elites and underclass “Easterners” (Mizrahim). But what might be overlooked when we categorize the Israeli Black Panthers’ activity exclusively only as a manifestation of inequality between Mizrahi and Western/Ashkenazic Jews? The early 1970s gave rise to a growing global awareness of racial and social inequalities, and an increase in civil rights activism and minority protests. The same period saw a global campaign of Jewish solidarity on behalf of Soviet Jewry, as well as for the Jews in Syria, which were deemed “Jewries in distress,” dependent on the support of their coreligionists in the West.

At the time of the 1971 demonstrations, some 75 percent of world Jewry was concentrated in the Americas, Western Europe, and Oceana. About a third of the Jews who lived in Muslim majority countries in the mid-twentieth century had moved to these regions by that time. As in Israel, immigrants of North African origin in France, Canada, Spain, and Venezuela figured prominently among the Jewish populations. In these and in other places like Argentina, Brazil, Mexico, Panama, and the United States, the relatively prosperous immigrants from other Muslim majority countries began to mobilize separate organizations, each based on hometown or country-of-origin identities, depending on the size of the diasporic community in each location.

The 1971 Israeli Black Panthers demonstrations caused a stir among some of these communities worldwide, and in fact served to unite them in solidarity with the condition of Mizrahim in Israel. A year after the demonstrations, 280 representatives of Sephardic communities across the United States, themselves mostly recent MENA Jewish immigrants, gathered in New York to found the American Sephardi Federation. The same year, the Latin American Sephardi Federation was founded in Lima, Peru, to represent Sephardic Jews from several countries in the continent. It was followed by the establishment of similar organizations in Canada, Australia, and in several Western European countries. Their goal, shared by related associative initiatives, was to express solidarity with the underclass Mizrahim in Israel and support them financially, morally, and politically. One notable individual in this context was Nessim Gaon, a wealthy Sudan-born businessman living in Geneva, who chaired the World Sephardi Federation in 1973, and negotiated with the Israeli government about the employment and housing of Mizrahi Jews in Israel.

Following the local protests of the Israeli Black Panthers, MENA Jews in Israel and the West became engaged in a new conversation. In 1972, the World Sephardi Federation convinced the World Zionist Organization to establish a designated department for Sephardic communities around the world. Their goal was to address, for the first time, the poor conditions of MENA immigrants in Israel, rather than to “recruit” Jewish immigrants abroad, as it would typically do. This department began to post emissaries to Sephardic communities in the English-speaking world, Latin America, and Asia. Many, like Shimon Der’i and Avi Chlouch in Montreal, were Israelis of Moroccan descent who had lived in Israel’s periphery before moving abroad. One of their goals was to make the Israeli public more aware of the cultural assets of the global MENA Jewish and Sephardic diasporas. The ethnic as well as the more mainstream Israeli press reported the intention of Sephardic communities abroad to work toward solving unemployment, lack of education, and housing shortages among the Mizrahi minorities in Israel.

Shaul Ben Simhon, the founder of the Israel-based Brit Yoẓe’i Maroko (Alliance of Immigrants from Morocco) gathered at the Jerusalem Mimouna day in 1972 some one hundred leading figures from the North African Jewish communities of ten countries, from Argentina to Switzerland, to discuss Israel’s ethnic gap. One of their solutions was to raise funds from affluent counterparts abroad to fund academic scholarships in Israeli universities.

Global Jewish solidarity therefore encouraged the subethnic divisions that had seemingly served to challenge it from within. Francophone North African Jews in Quebec, for example, sometimes found it easier to socialize with the Catholic Francophone majority of the province. The North Africans’ strained relations with the mostly Anglophone Ashkenazim of Quebec was a result of a local context which could conceptually map onto Israel’s subethnic dynamics. Solidarity with their counterparts in Israel helped this community in Canada establish Sephardi-centered philanthropic missions independent of the local Ashkenazic ones. As a report in the Sephardic community’s newspaper, La Voix Sépharade, indicates, annual trips for Sephardim to Israel in the 1980s had a declared goal of promoting social-welfare activities “in the small development towns of 10/15,000 inhabitants, with a Sephardic majority, in a place somewhat forgotten by the [greater Ashkenazic] Jewish diaspora.” These annual welfare expeditions constituted a kind of “Birthright” trip that was in fact driven by subethnic motivations to empower Jews of MENA origins worldwide, as opposed to the more traditional Zionist cause.

Public and scholarly views of the Israeli Black Panthers protest regard it as a domestic event that should be understood vis-à-vis the global context of non-Jewish racial and ethnic hierarchies and minority discrimination, and as therefore fracturing Jewish solidarity. A closer look into intercommunal and transnational ties however, demonstrates how the Israeli Black Panthers served as a catalyst for a transnational solidarity among subethnic Jewish groups in Israel and overseas. This global Jewish perspective entails a newer approach that would pay more attention to the global power relations between the various groups of Jews from MENA region within and without Israel, rather than solely to domestic relations between Ashkenazim and Sephardi/Mizrahi minorities. 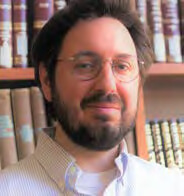 Photo courtesy of the Katz Center for Advanced Judaic Studies

AVIAD MORENO is a faculty member at the Ben-Gurion Research Institute at Ben-Gurion University of the Negev. His current research focuses on the transnational ties between Middle Eastern and North African Jewries in Israel, Western Europe, and the Americas. He is coeditor of The Long History of Mizrahim: New Direction in the Study of Jews from Islamic Countries (in tribute to Yaron Tsur; Ben-Gurion University Press, 2021 [Hebrew]).