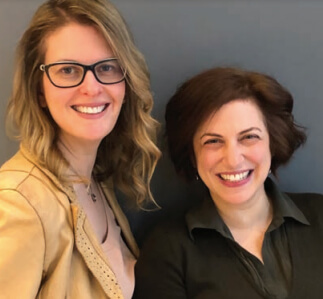 If 2020 was the year of the pandemic, it was also the year of protest. In some cases, as with Israeli protests against Prime Minister Netanyahu, or with protests against the lockdowns in certain US states, Covid-19 was a direct or precipitating factor for the frustration and unrest. Other times, in city streets across America in the wake of the killing of George Floyd by Minneapolis police, the issue was as old as America itself: racial injustice. People around the world protested the excesses of capitalism, the death of democracy, and climate inaction. And then, just as 2020 gave way to 2021, the US Capitol was the site of what the participants themselves might have felt was legitimate protest but what most observers saw as just the opposite: namely, unadulterated, antidemocratic insurrection.

In a Jewish Studies context, protest stretches back to the biblical prophets who fruitlessly railed against social injustice, false piety, and God. And while most public protest these days is against groups or governments, rather than against the divine, and some protest deploys violence against property or people, other protest speaks loudly by doing nothing more than being visibly Jewish in risky spaces. Protest can be meticulously premeditated or completely unintentional. It can be a lifelong vocation or a flash of energy. A protester may be driven by righteous anger, while those protested against can feel the sting of betrayal.

In this issue of AJS Perspectives, we explore protest from the Hasmoneans to Hong Kong, from books to Black Lives Matter, from meat prices to the meḥiẓah. A majority of the essays look at the contours of Jewish protest, or protest within the Jewish tradition. They investigate forms of American Jewish protest: participation in the labor movement, movements for racial justice, marches on Washington, and action over Jewish ritual. Beyond the United States, other essays in this issue tackle Jewish political protest in Brazil; art, music, and sport as resistance in Argentina, Germany, and Greece; and global solidarity among MENA Jews. The authors, at times, themselves take part in these stories, writing in first person about the aftermath of the Pittsburgh Tree of Life synagogue shooting and the protests in Hong Kong. Others direct their gaze farther back into history, casting new light on biblical and rabbinic modes of protest.

In our section on the profession, two essays form an intriguing point and counterpoint, one recounting the unpleasantness and frustration of being on the receiving end of protest from close colleagues, and the other an impassioned plea for more unvarnished commentary within the academy. Two other essays explore unwelcome intrusions into academic spaces and the compulsion to push against them; both explore cases that call for more protest where there was little to be found.

For whatever reason, our call for papers for this issue yielded no submissions on pedagogy. We both have personal experiences, however, of the way protest emerges from and shapes our teaching that we’ll share briefly here:

Mira Sucharov: In my Israeli-Palestinian relations courses, protest has proved a fruitful topic to teach. But protest has also manifested right in the classroom in uncomfortable ways. A few years ago, I was taken by surprise as my students pushed back against a particular type of framing that I had offered to assess the applicability of the term “apartheid” to analyze Israel. Unprepared for the intensity of the students’ reaction, and reacting to the charged classroom atmosphere, I turned brittle where I should have been more agile. Much inward searching later, I revised my teaching approach, and developed a book to help myself and others tackle the most sensitive issues on the subject (Social Justice and Israel/Palestine: Foundational and Contemporary Debates [University of Toronto Press, 2019, coedited with Aaron J. Hahn Tapper]). All of this is recounted in my recent memoir (Borders and Belonging [Palgrave Macmillan, 2021]).

Chaya Halberstam: I had always been proud of my ability to engage my audiences, spark interesting debate, and listen attentively to student questions and comments. And yet, from the beginning of my teaching career, I noticed a student evaluation ceiling—particularly in larger classes—that I simply could not break. Alone in my office, I would read barbed comments from handfuls of students with a growing sense of shame and inadequacy. It wasn’t until I moved to a unionized faculty environment and joined my faculty’s feminist caucus that this shame morphed into anger and then solidarity in a province-wide protest against using these scores as a measure of teaching effectiveness for tenure and promotion. As we each spoke up and compared notes, the systemic nature of our seemingly individualized performance reviews came into view. “Women, racialized, and LGBTQ2S+ faculty, as well as faculty with disabilities, receive lower scores than their white male colleagues,” a report would later summarize. And then a ruling in Toronto, as another university’s faculty association would take the matter to arbitration: “[SET] averages establish nothing relevant or useful about teaching effectiveness.” Armed with this collective win, I now teach with more confidence, projecting an air of authority I thought I had lost. My evaluation scores have stayed exactly the same.

Mira adds: With a growing awareness of these systemic problems, and after years of consultation, my own university has just this year redesigned the student-evaluation survey in the hope that the new instrument will be more fair and more revealing of actual student learning and growth.

Along with our art editor, Samantha Baskind, we received a stunning array of artwork submissions. You’ll notice the accepted submissions placed among the essays, each numbered in orange. Although some share pages with essays, orange-labeled art does not directly illustrate any essay— rather, each is a separate work on this issue’s theme of Protest.

As you read the essays in this issue, we invite you to reflect on the ways protest has shaped your academic field and your professional life, as well as on the ways you, or the communities and people you study, have lodged protests against the status quo and sought to change the world.