The Ordeal of Scottsboro

To recover a past usable enough to inspire protest, Jews need to look no further back than Alabama during the 1930s. As millions of readers of the retrospective novel To Kill a Mockingbird (1960) know, the legal system of that time and place did not intend to achieve justice. As constitutional historians know, no set of trials generated more turbulent emotions or more legal consequences than when nine Black teenagers were charged with raping two white women during a brief train ride near Scottsboro. That a jury composed entirely of white men would acquit these Deep South defendants was inconceivable. Even if the virtually friendless and barely educated adolescents were innocent—which they were— some leading citizens warned that acquittal for this capital crime would endanger white womanhood throughout the region. A foregone conclusion that began in a Scottsboro courthouse in 1931 exposed such blatant injustice that it sparked international outrage. Opprobrium even included a popular Yiddish play that premiered in Warsaw in 1935. Written by Mikhl Vaykhert (1890–1967), the mistitled Mississippi highlighted the plight of impoverished Southern Blacks and suggested a bond of suffering between two beleaguered minorities.

That a jury composed entirely of white men would acquit these Deep South defendants was inconceivable.

Although the defendants were quickly convicted, thanks in part to feckless local counsel, many whites were dissatisfied. A New York Times reporter heard them grumble that “the old way of the rope was better than the newer way of the law.” Yet two Northern Jews achieved the impossible; they intervened to save all of the Scottsboro Nine from the electric chair. One was Joseph Brodsky, the canny strategist who headed the Communist Party’s International Labor Defense. Brodsky hired the Romanian-born Samuel S. Leibowitz, a flamboyant attorney who took the case pro bono. Both of them needed to surmount a very high bar—not “beyond a reasonable doubt”—but beyond any doubt whatsoever of the innocence of their clients. The ILD’s tenacity, plus Leibowitz’s resourcefulness, managed to keep the defendants alive by demanding that procedural rights be enforced. In Powell v. Alabama (1932) and then in Norris v. Alabama (1935), the Supreme Court required of state courts that counsel in capital cases be adequate, and furthermore that jury rolls not exclude Black citizens. By enlarging the scope and meaning of the Fifth and Sixth Amendments, the Court blocked what Professor Felix Frankfurter called “judicial murder” in Alabama.

Goldstein blamed bigotry, and he defied the warnings of the synagogue’s trustees to “leave the Negro question alone.”

Brodsky and Leibowitz personified the outside interference that Southern whites often resented whenever the system of Black subjugation came under attack. The duo’s bravery deserves admiration. So does the rabbi of Temple Beth Or, a Reform synagogue located in Montgomery, the first capital of the Confederacy. Born in Oklahoma, raised in California, Benjamin Goldstein (1905—1957) became the only white clergyman in town to visit the teenagers, having convinced the warden that they wanted him to be their spiritual advisor. How could their death sentences be explained? Goldstein blamed bigotry, and he defied the warnings of the synagogue’s trustees to “leave the Negro question alone.” The Yom Kippur sermons he gallantly delivered in 1931 and in 1932 proclaimed the innocence of the hapless defendants. Along with two congregants, Bea and Louis Kaufman, the rabbi also spearheaded the struggle to raise funds for the appeals of the Scottsboro Nine. In the spring of 1933, he chaired a Birmingham rally that featured the Black president of the local chapter of the NAACP, as well as other white speakers. Most of them risked losing their jobs as a result of the meeting, Goldstein acknowledged, “but we are here in spite of it all.” At the conclusion of the rally, he urged the attendees to help fund the ILD legal team.

So ardent a pursuit of racial justice would predictably exact a high price. In early April, 1933, immediately after Haywood Patterson, the first defendant to be tried, was convicted, the president of the synagogue told Goldstein to sever all of his connections to the case—or resign. The next day he resigned. Congregants openly acknowledged to the press that, however doubtful the courtroom verdict, the conspicuous support that he was giving to the Communists and their defense attorneys posed too direct a threat to the welfare of the Jewish community. Boycotts leveled against Montgomery’s Jewish merchants—the pillars of the congregation—constituted an intimidating prospect. The trustees of Temple Beth Or disseminated a press release the following month, reaffirming “their unequivocal support for segregation.”

The city fathers piled on too. A new municipal ordinance defined the act of speaking or writing “subversive doctrines” to be a crime, and Mayor William A. Gunter warned Goldstein of his vulnerability to the charge of “criminal anarchy.” Although an interpretation of the First Amendment allowing such peaceable expression was already gaining ground in constitutional jurisprudence, that trend had not reached Montgomery. Menacing phone messages also jolted Goldstein into realizing that he was risking not only his career but also his life. That summer he and his family fled to New York City. The Central Conference of American Rabbis investigated the conflict at Temple Beth Or, but punted, issuing no criticism of the synagogue.

. . . Goldstein’s refusal to be a bystander showed either exceptional courage or sheer recklessness.

Goldstein’s subsequent career, spent outside the South, was checkered. He briefly served congregations in the borough of Queens and in Cuba; he twice changed his name; he joined the New York staff of the Hillel Foundation. But he worked under FBI surveillance, and his leftism kept him from permanent employment. Living with his sister in San Francisco, Goldstein died of leukemia, in complete obscurity. By then none of the Scottsboro Nine was still serving a sentence for a crime that never happened. On the website of Temple Beth Or, its official history names the rabbi who was hired in 1933—but not whom he had replaced. Given the ferocity with which the Deep South was determined to maintain white supremacy, and given the precariousness of Jewish communal life in the region, Goldstein’s refusal to be a bystander showed either exceptional courage or sheer recklessness. “The reasonable man adapts himself to the world; the unreasonable man persists in trying to adapt the world to himself,” George Bernard Shaw declared in Man and Superman (1903). Therefore, he added, “all progress depends on the unreasonable man.” 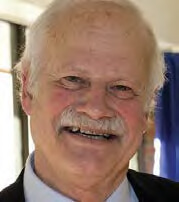