In the 1980s, a Swedish-speaking Finnish Jewish journalist and researcher, Karmela Bélinki (b. 1947, Helsinki) conducted interviews with Hungarian Holocaust survivors rescued by the Swedish diplomat Raoul Wallenberg. She contacted local journalists and many other civilians who knew about the acts of the Swedish diplomat—including some of the individuals who were rescued by him. Bélinki said to have met two to three hundred people who knew the individuals concerned, or who had been in contact with Wallenberg himself.

Wallenberg is well known all over the world, as he was granted the title of Righteous Among the Nations by the Israeli government. Yet, specific chapters about his life and deeds are still unknown. In Hungary, where he saved thousands of Jews, and in Sweden, his heroic deeds were acknowledged only in the 1990s. Memorials and monuments were erected in his honor, and streets and schools were named after him around the world. 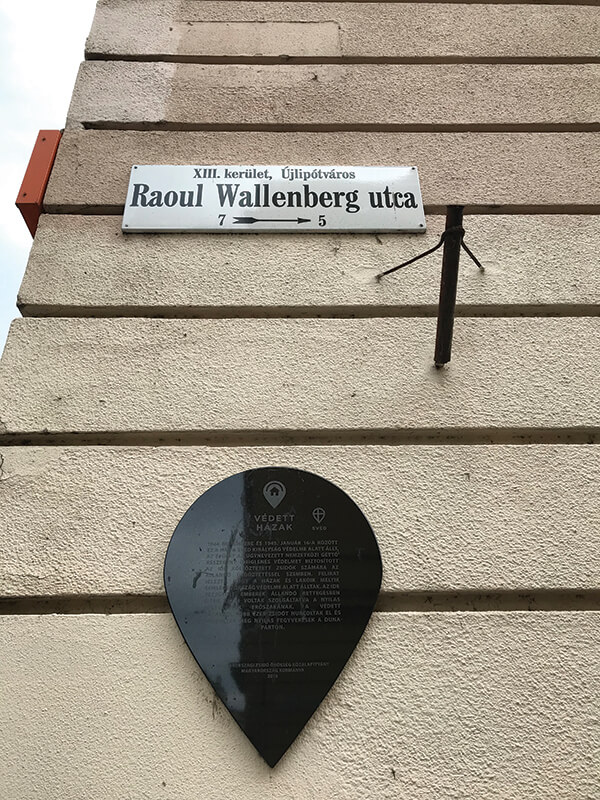 One of the houses under Swedish protectorate in Budapest District XIII—Raoul Wallenberg would have issued Swedish passports to its residents. The street is now named after Wallenberg. Photo by Dóra Pataricza

Bélinki gathered her material by taking notes and recording some of these meetings, but was only able to use a small part of her material on the radio shows she produced. Supposedly, she was among the first to gather such material from these people. The interviews were conducted in English, French, Hungarian, German, Finnish, Yiddish, and Swedish. Among her informants were Sára Karig, who contributed to saving hundreds of Jewish orphans while working for the charitable organization of the Swedish Red Cross (and was given the Righteous Among the Nations medal by the Yad Vashem Institute in Israel); Dr. Judit Falk (who received a Schutzspass from the Swedish authorities); and former Chief Rabbi Dr. Ödön Singer. As Bélinki described, due to the political climate of the late 1980s, her visits to Hungary were risky. Yet, she was committed to meeting people who could provide her with information on Wallenberg and his deeds. She met her informants—as she described—secretly, in a variety of places. They talked while walking the dog, at the railway station, in waiting halls of theatres, and even at the dentist in the midst of drilling noises. 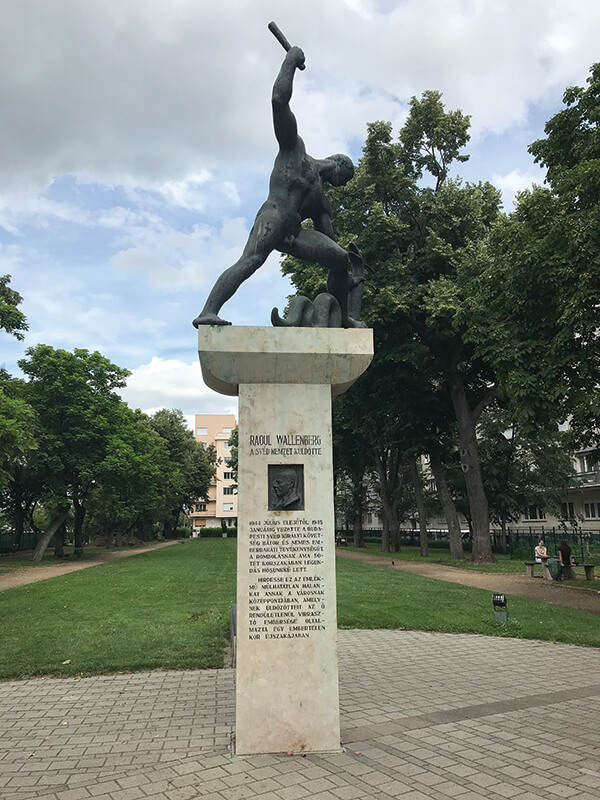 After the process, Bélinki produced a few radio broadcasts for YLE (Yleisradio/General Radio in Finland) based on the material, and preserved the tape records. After searching her extensive archives, Karmela provided us with some of the cassettes on which she recorded some of her interviews. The cassettes were lying in her storage room for more than thirty years and have not been transcribed or digitized in any way. Our proposed project aims to process these materials and publish our analysis.

Altogether, we received more than forty cassettes, with over twenty hours of recordings, that are waiting to be professionally digitized and analyzed. Some of the recordings are hard to comprehend, hence their quality should be professionally improved. Bélinki’s material belongs to the public as a significant part of global and local memory and the history of the Shoah, but also captures the atmosphere of 1980s Hungary exceptionally well.

Undoubtedly, the material is extremely valuable, and the project is of great importance. The only obstacle that must be overcome in order to realize the project is securing funding. However, when filing applications, we often felt that due to our background, as Hungarian Jews living in Finland, we are the only ones who understand the value of these sources. It seems that there is a lack of interest from the Finnish side because of the Swedish references of the project. The fact that the material was produced by someone belonging simultaneously to two minority groups—Swedish-speaking Finn and Jewish—significantly decreases the chances of ever finding a suitable grantor in Finland. The material is either considered too Swedish for a Finnish project or in the worst case, too Jewish, absolutely not relevant to Finland, the Jewish minority of which is around one to two thousand people out of a population of 5.5 million. 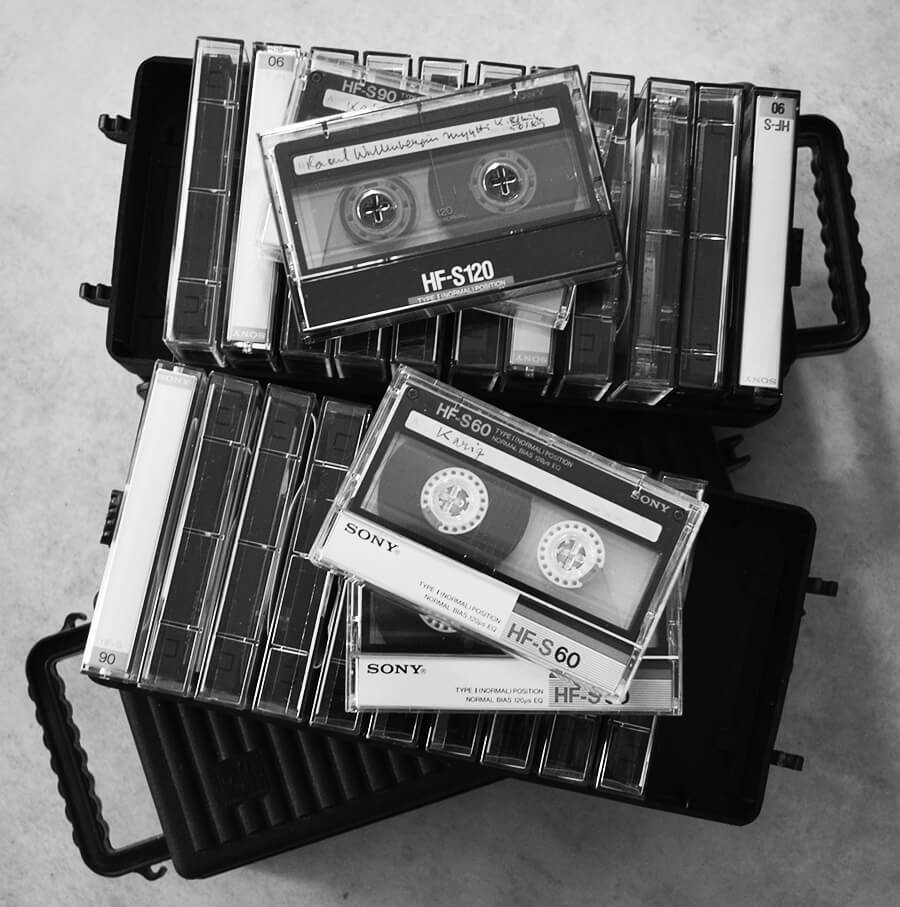 In Sweden, however, Karmela Bélinki is considered asa journalist of Finnish citizenship, regardless of the fact that her mother tongue is Swedish. At the same time, in Hungary there is a lack of funding for research and scientific life is strongly politicized. We are aware of the fact that in a country where independent research—especially related to cultural heritage and memory politics—is almost impossible, the project of two Jews living in a foreign country will not be funded. People who leave Hungary for various reasons are often considered “traitors.”

European funding possibilities are restricted; there are only a handful of foundations that would be willing to finance a project like this.

European funding possibilities are restricted; there are only a handful of foundations that would be willing to finance a project like this. There is no tradition of generous private donors either. Since most of the interviewees were Hungarians, their descendants most probably also live in Hungary with restricted financial possibilities. Thus we cannot expect contributions from them to process the material on their parents or grandparents.

Due to the lack of funds to implement the work in the most professional manner, we realized that researchers might find archival treasure troves that seemingly no one else appreciates. Until recently, our biggest fear was that the material will be lost. Right now, our greatest fear is that it remains unprocessed, and not available to be used to its fullest. Sometimes researchers have to accept that not all of their projects can be implemented right away. Even though we have not yet managed to secure the funding for the work, we remain persistent. 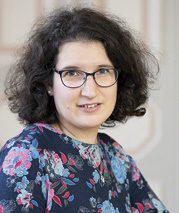 Dóra Pataricza is a postdoctoral researcher in History who has worked as a postdoc researcher in two indexing, cataloguing, and digitization projects at the Jewish Community of Helsinki and Szeged. Since January 2019 she has been a research fellow at Åbo Akademi University, Finland, researching the Finnish Jewish food culture for the “Boundaries of Jewish Identities in Contemporary Finland” project. Starting January 2020, she has been the project director at the Szeged Jewish Community, funded by the Claims Conference, to reconstruct the fate of Hungarian and Bačka-Serbian victims of the Holocaust. (dora.pataricza@abo.fi) 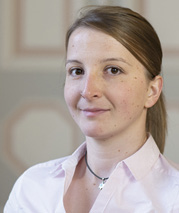 Mercédesz Czimbalmos is a doctoral candidate at Åbo Akademi University in Finland. She is working on her doctoral dissertation about intermarriages and conversions among Finnish Jewry. She also worked as a researcher in a digitization, indexing, and cataloguing project in the Jewish Community of Helsinki and Szeged. In addition, she is a researcher for the “Reconstructing the Fate of Hungarian and Bačka-Serbian Victims of the Holocaust” project. (mercedesz.czimbalmos@abo.fi)