Filling in the Blanks: Tackling the Wikipedia Gender Gap

There are few things more disappointing (and infuriating) to professors than finding a student has cited a Wikipedia article as evidence in a formal written assignment. Many of us explicitly ban Wikipedia as a source for research papers. And yet, who among us has not casually Googled something while preparing a class or talking with a colleague and found themselves searching through a Wikipedia entry for the answer to a question? 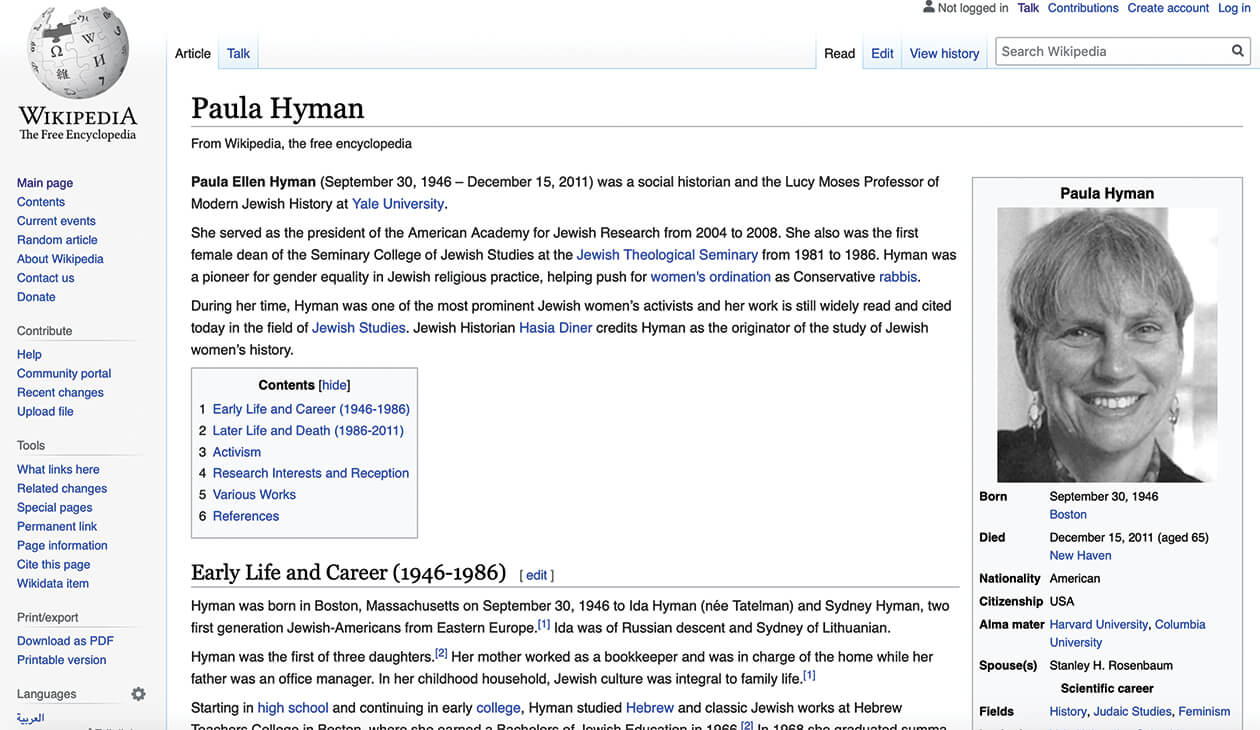 Even if it’s not a reliable scholarly source, we all know that Wikipedia is a fact of contemporary life and often a very useful resource for background information or statistics we need for a lecture or just to find out the age of a beloved actor in the movie we’re watching. Wikipedia has its place, and whether a person or a topic appears in the database is often an indicator of their cultural significance.

That’s why it’s so disturbing that statistics show that only 34.2 percent of biographies on English-language Wikipedia are of women.i Not only that, but the people writing those entries are overwhelmingly men. A variety of surveys indicate that only between 6–16 percent of Wikipedia editors are women. Not only is Wikipedia’s content skewed by gender, but the people shaping Wikipedia’s narrative of cultural authority are mostly men. A number of editing groups within Wikipedia have been established specifically to begin to right this imbalance, including WikiProject women, WikiProject feminism, WikiProject gender studies, and Wikiproject LGBT.

A healthy polity also relies on informed readers, ones who know how to differentiate reliable and unreliable sources.

In the last several years, I have been rethinking many of my class assignments, trying to teach writing and argumentation skills through projects that have more benefit to students and to the world than standard academic research papers. Even at the elite private university where I teach, most students will not go on to graduate school in the humanities, so there is little value in giving them the skills to write scholarly articles. However, I can safely assume that many of them will be involved citizens, and in the present political climate it has become increasingly clear that giving students the tools to make arguments in the public sphere using evidentiary techniques and argumentation drawn from academia but adapted to the larger public is a crucial skill. A healthy polity also relies on informed readers, ones who know how to differentiate reliable and unreliable sources.

In fall 2019 I taught a course titled “Sex and Gender in Modern Jewish Culture.” It’s not a new course; I’ve taught it several times before, to classes of largely women students. When I heard from a colleague about another professor who regularly asks students to write and edit Wikipedia entries as part of a course, I thought that it might be an ideal way to have students learn hands-on how this kind of open-source information database is created, as well as allow them to do research connected to our class. In addition, the Wikipedia project had political value: it would be part of the movement to correct gender imbalance in Wikipedia. I structured all the assignments for this class around the idea of writing as politics: students had to do one narrative writing assignment that explored the idea of the personal as political, a feminist standard; write one op-ed; and the Wikipedia project.

To execute the project, I relied on the help of WikiEdu, an organization that works to bring the expertise of scholars and students to Wikipedia by encouraging their participation as writers and editors. Through the Wikipedia Student Program run through their website, I was able to offer the students training in the particular requirements and processes of Wikipedia and structure my own assignments throughout the semester. Each week, students would learn and practice a new aspect of Wikipedia: editing, talk pages, citations, and more. They gave each other feedback on their drafts and made improvements accordingly. And by the end of the semester, they had produced their own entries, improvements of “stub” articles that have been deemed important topics by Wikipedia users but are underdeveloped. Paula Hyman’s Wikipedia entry, a paragraph made up of a few sentences, was turned into a brief but comprehensive biography and survey of her work and its importance to the field of Jewish and gender studies. The entry on tkhines, Yiddish devotional prayers written by and for women, became a scholarly summary of their history, literary and religious significance, and sources for further reading.

One student found that another, anonymous editor was changing her entry as she edited and improved it, sometimes adding specious or unsourced information.

Involving students in the creation of informational resources available on the Internet pulled the curtain back for them on where the things they are reading and influenced by come from. They learned—sometimes the hard way—that unlike final papers for their courses, Wikipedia entries are never really finished. One student found that another, anonymous editor was changing her entry as she edited and improved it, sometimes adding specious or unsourced information. Wikipedia’s fairly stringent citation rules helped my students learn a lot about sourcing and evidence, and become more critical about how other entries had been cited. They each also became an expert in one small topic area, which they got to “own,” and the last day of class each student presented their topic to everyone as the expert. And finally, they got to publish their own writing! This was really exciting for them; during our last class, just after they had posted their articles to Wikipedia, many of them were Googling their own topics just so they could see their very own article pop up first in a Google search.

Now these students know how to research and edit Wikipedia articles, a skill that they can take beyond the classroom. Although we used WikiEdu as an introduction, anyone can become a Wikipedia editor by simply creating an account on the site and learning some basic expectations and skills. There is almost no barrier to entry, which is both Wikipedia’s blessing and its curse. But now there are another handful of women who know the importance and the rewards of Wikipedia editing. 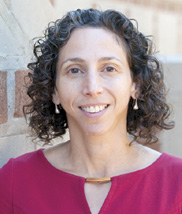 Melissa Weininger is associate director of the Program in Jewish Studies and Anna Smith Fine Senior Lecturer in Jewish Studies at Rice University. Her article “Another Israel: Alternative Homelands in Contemporary Hebrew Literature” appears in the recent volume Since 1948: Israeli Literature in the Making (SUNY Press, 2020).