Confessions of an Unfinisher: or, In Defense of the Draft

I am an unfinisher. There, I said it. Of course, not everything I undertake remains undone. I finish off reviews, essays, dramatic presentations, and articles aplenty. (I got this out!) But with the really big projects, the endpoint often eludes. Why is that? What does it reveal about my scholarly modus operandi? And what might it say about our conventional understanding of finished and unfinished scholarship, including how we might reconceive them?

While the reasons I perennially get stuck are manifold, three aspects of my academic personality bear the greatest responsibility:

1) A broad, thematic approach to teaching, research, and writing that takes me across time and space; instead of selecting and mastering a specific terrain, I seem instead to be perpetually in motion between fields.

2) An inherent openness and curiosity vis-à-vis the predominant subjects of interest in whatever new environment I find myself.

3) A deep desire not to publish until I feel I have worked through projects properly. (“I think, therefore I tinker” might well be my own personal “cogito.”)

Throw into the mix a series of dislocations prompted by both professional and family considerations—including their attendant stimuli—and you have all the makings of an unfinisher. 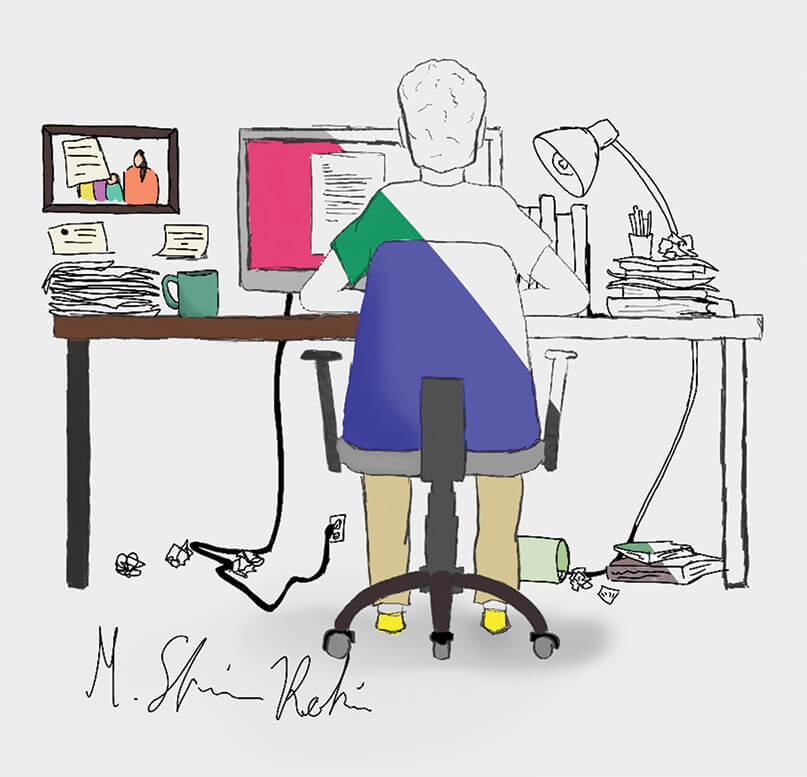 Meira Stein Kokin. The Tinkerer at Work, 2020. Courtesy of the artist

For years, I actively sought to resist the above inclinations, well aware of their likely professional consequences. But over time, I have increasingly come to appreciate and accept that this is simply who I am, in large measure because I observed that this was how others understood and engaged me. It was thanks to a college mentor's intervention that as a Judaic Studies postdoc at Yale I also found myself teaching the history and politics sequence for that university's Directed Studies program. Thereafter, the University of Greifswald in Germany requested courses in rabbinic literature, though I had little prior experience in this domain. And, most recently, during a visiting stint at UCLA, I was approached by colleagues who proposed that I teach Israel Studies, yet another new terrain, which I gladly undertook. Yes, these opportunities distracted me from what in theory is my central focus, Christian Hebraism in the Italian Renaissance, but they all went well, proved immensely enriching, and fostered an interdisciplinary dialogue that will stimulate me for years to come.

As with teaching, so with research. At Yale I was an outlier in a program dominated at the time by the study of ancient Judaism, which prompted my research examining the origins of the legend of the lost tribes. (I realize in retrospect that I wanted to fit in.) Subsequently, my visiting stint as the Viterbi Professor of Mediterranean Jewish Studies at UCLA required delivery of a public lecture. Having previously presented my primary research there, I turned instead to a topic that had long intrigued me and on which I was at the time teaching a graduate seminar, the symbolic role of Rome in Jewish history and culture across the centuries. But what, then, to do with all the ideas that emerged from preparing that presentation? Flash-forward a year and now Israel Studies wanted a talk. Some recent programming I had developed on Israeli music had planted a seed, which I germinated into “Found in Translation: Foreign Songs and the Creation of Israeli Musical Culture.” And so it goes ...

Indeed, I feel that my best work consists of articles extracted and polished from much longer drafts, much like stones from a quarry.

Perhaps I should have resisted the impulse to pursue these subjects, maintaining absolute focus, whatever the cost, on my main area. But, as I have learned, when the next pressing question or task calls, resistance is futile ... and also intellectually unsatisfying. For, whatever the subsequent revision and refinement, in my experience it is in the early stages of a new fascination or opportunity that the most innovative insights are likeliest to emerge. Why close myself off to them? Plus, though my approach has admittedly led to troves of “unfinished” work, it has in its own way also been quite productive.

Yes, 150 pages on the tribes in Josephus, the Pseudepigrapha, and early rabbis sit idle on my hard drive. But it was that draft that led directly to my “Toward the Source of the Sambatyon” (AJS Review 37, no. 1), in which I bring to light the Roman-Jewish polemics that lie at the root of the sabbatical river legend. Likewise, while I don’t know when I’ll manage to work through all the thoughts that emerged in the context of my Rome lecture, I am just shy of the finish line with a piece exploring one of them, namely why the Arch of Titus is absent from Benjamin of Tudela’s detailed description of sites of Jewish interest in the Eternal City. Indeed, I feel that my best work consists of articles extracted and polished from much longer drafts, much like stones from a quarry.

Reflecting on this aspect of my academic praxis, I think “finished” might to some degree be in the eye of the beholder: as my (thus far) incomplete books have facilitated a number of published articles, I can perhaps regard them as propaedeutic rather than (for the time being) aborted. And I also wonder if the “unfinished” itself might not merit more of a place in this Academia.edu age of daily downloads. Our profession's obsession with the finished product (however clear its practical justification) reflects a time in which dissemination was dependent on physical publication and compels adherence to received notions (structural, chronological, thematic) as to what constitutes a coherent or well-shaped article, chapter, or book. Here, too, challenges abound: my draft ends up too long for an article, too short for a book. Or having examined A and B exhaustively, it adds little with regard to the requisite C. There are many pieces I would gladly share widely on the understanding that they present material not (yet?) fully worked through or shaped. Perhaps I am not alone.

To be sure, I do appreciate the pleasures of finishing and have no illusions that academia will change. But, nonetheless, it is tempting to imagine a Republic of Letters in which the draft, too, receives its due. Tam ve-nishlam!i 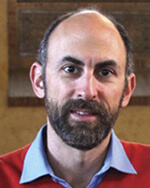 Daniel Stein Kokin is currently a visiting scholar at Arizona State University. Among his ongoing projects is “Breach of Protocols: Revisiting Zion's Elders,” an academic performance re-examining and subverting the notorious Protocols of the Elders of Zion.

i “Finished and complete.” It was common for scribes or authors to add this phrase at the conclusion of their texts and seemed, for obvious and ironic reasons, a fitting close for this one.