After the Pittsburgh Shooting: A Scholar Cries for Justice

Before a white supremacist gunman attacked a synagogue in my neighborhood, I believed myself to be well positioned as a politically engaged scholar. As both a practitioner of American Jewish history and an organizer with the Pittsburgh contingent of Bend the Arc Jewish Action, I never doubted that my scholarship would always complement my quiet activism, seamlessly and with minimal conflict. As a historian, I would meticulously create books and articles that revealed Jews to be, above all, deeply human. And as an activist, I would take the lessons of Jewish history and—with careful precision honed through my intellectual training—harness them for impactful social change.

Responding to the 2018 shooting, however, highlighted the ways in which my training as a scholar did not prepare me for the rawness, or the inevitable messiness, of frontline activist work.

Most overpowering was my unrelenting sense that every person I cared about was in imminent danger.

Like so many others in my neighborhood of Squirrel Hill, in the city of Pittsburgh, and beyond, the synagogue shooting left me reeling. I was devastated by the anguish of friends who lost friends, by the suffering of a wounded neighbor, by my inability to reassure my children that they could feel safe in their school and synagogue. Most overpowering was my unrelenting sense that every person I cared about was in imminent danger. Just one week before the attack, my son and I had attended a bat mitzvah in the Tree of Life building. In the days following the shooting, I repeatedly visualized us in that space, running from a murderer.

Together with the crushing fear and sorrow, I nurtured my fury. Even before the attack, I knew that President Trump’s encouragement of white nationalism and conspiratorial thinking endangered Jews of all racial backgrounds, along with non-Jewish people of color, immigrants, Muslims, and so many other Americans. Combined with our government’s unconscionable failure to regulate access to firearms, the United States had been courting just this sort of calamity. Both in my academic work and my activist work, I spent a lot of time thinking about the conditions that make Jews vulnerable. While I could never have predicted that this attack would happen so close to home, it also did not feel entirely unexpected.

And yet, when disaster struck, I found myself unable to draw on my intellectual training. Scholarship—even public-facing scholarship—demands the kind of sustained concentration and clear, systematic thinking that I simply could not muster during a moment of trauma.

So, during the brief period in which the world turned its fickle attention to the Jews of Pittsburgh, I relied on my fellow Bend the Arc activists to shape my response to the massacre. Alone, we were breaking down. But together, supporting one another, we crafted an open letter holding President Trump responsible for the hateful rhetoric that radicalized the gunman. When President Trump had the temerity to visit the Squirrel Hill neighborhood without denouncing the murderer’s white nationalist ideology, we organized a march in protest. We led thousands of Pittsburghers in the Jewish mourning ritual of kriah, viscerally expressing our pain through rending fabric. We drew the city—and the nation—into the grief of a community ravaged by cynical, irresponsible leadership.

The activist imperative to respond quickly to a fleeting news cycle made it inevitable that we would make mistakes and that we would make them publicly. At one point, we did not adequately articulate the relationship between antisemitism and white nationalism. At other moments, we let reporters bait us and veer us away from the talking points. Still, we trusted that the most crucial elements of our message would reach the many people who needed to hear it.

This mode of engagement runs counter to academic frameworks which provide us with layers of protection against being raw, emotional, imprecise, and unpolished. As scholars, we never expose those messy first drafts to public view; we revise them multiple times, seek comments from trusted colleagues, and then participate in peer review. While we may complain about clueless, grumpy reviewer #2, there is security in the process. It may not be nimble, but the resulting work tends to be well insulated from missteps and infelicities. We are left with a public record of refined work, carefully engineered to hide the fact that we are as fallible, and as entirely human, as the people we write about.

In the days and weeks after the shooting, I never felt more fallible, or as entirely human. Along with my fellow organizers I made the choice to free fall into a moment of political crisis, without the protections of revision or peer review. Imperfect as it may have been, our work still changed how the press and our elected leaders understood the political stakes of the Tree of Life tragedy. I wouldn’t, couldn’t, have done it differently.

Over time, I’ve regained my capacity to think about the shooting systematically, but I refuse to write about it dispassionately. On this issue, I suffuse my scholarship with the terror, pain, and fury that animated my activism in the wake of the attack.

Still, I struggle with this. Strong emotions are inherently messy and imprecise. I worry that I’m sacrificing professionalism. I worry that I was not close enough to those lost in the shooting to claim this much pain. In my worst moments, I worry that the protest that took so much out of me was not nearly enough, that the moment demanded more than I was able to give, that my reflections on it are self-aggrandizing and unworthy of the historical contributions I want to make. Writing in this mode feels like another free fall, but I can’t imagine doing it differently.

I have to accept that anything I write about the shooting will be riddled with inevitable missteps and infelicities that no amount of peer review can fix. Still, I intend to bring to it everything I carry: the intellectual rigor, the political engagement, and the trauma.

An earlier version of this essay was part of an online series of the Political and Legal Anthropology Review entitled “ Living in Pittsburgh in the Aftermath of the Tree of Life Shootings.” My thanks to editors Heath Cabot and Michal Friedman for their suggestions on the original essay. 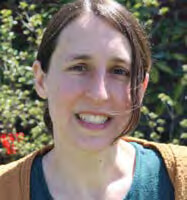 RACHEL KRANSON is associate professor of Religious Studies at the University of Pittsburgh. She is the author of Ambivalent Embrace: Jewish Upward Mobility in Postwar America (University of North Carolina Press, 2018) and is currently researching American Jewish engagement in the politics of abortion.