Using Social and Digital Media in the Classroom

Flipped classrooms and massive open online courses (MOOCs) are two examples of the many pedagogical innovations that rely on technology. Whereas these modes of instruction use technology to facilitate when and where students learn, they do not necessarily disrupt the traditional methods for how students learn. Instead, I have introduced social and digital media assignments into my Jewish Studies courses to transform the ways students approach foundational texts and key concepts, while still maintaining the general format of in-person lectures. Here are two effective ways that I have used new media technology in the classroom to enhance student engagement.

Twitter, the social media site that enables users to send 140-character messages, is ideal for encouraging students to grapple with core concepts. Unlike other social networks, Twitter requires its users to pare down potentially lengthy responses into succinct statements. Likewise, I work with my students throughout the semester to develop skills needed to concisely communicate ideas and not get lost in the details of primary sources. Details are the crux of history, yet if students cannot summarize the significance of an artifact, whether it be a photograph, a one-page letter, or a 300-page autobiography, how will they be able to then provide an in-depth analysis, especially if they are also grappling with stylistic or linguistic patterns unfamiliar to them? To facilitate unpacking a primary source, I use a Twitter assignment in class.

Anzia Yezierska’s Bread Givers, a novel about Jewish immigrant life on the Lower East Side in the early twentieth-century, lends itself nicely to this social media exercise (although I have used it in conjunction with a variety of sources). The archetypal characters within the Smolinsky family provide readers with a clear breakdown of the personalities involved. Although a novel, Bread Givers sheds light on the Jewish immigrant experience at the turn of the century, especially when paired with actual immigrant correspondence describing their experiences to family members back home and with Yezierska’s own biographical information.

Students, in small groups, select one of the main characters and retrace major moments from the text through the creation of a Twitter handle and tweets. They envision how Sara Smolinsky or her sister Mashah, for instance, would react to their father’s rejection of their suitors or his apparent concern for studying religious texts over his concern for financially supporting his family, had these characters had access to Twitter. This exercise, rather than using students’ actual Twitter accounts, instead relies on the communication concepts of the social network to generate tweets that students then write on the chalkboard. This low-tech version works for students who do not have Twitter or who don’t want to use a personal account in class. I have also used fake Twitter templates to curate such messages and know of colleagues who require all students to open Twitter accounts that are then used exclusively for responding to assigned readings throughout the semester. The use of Twitter-inspired classroom exercises encourages students to engage with significant moments in a text and write about them from the perspective of a fictional or historical figure, while recognizing the incongruity of using social media as a way to approach the past.

I have also incorporated digital media into the classroom by assigning podcast projects. This variation on the research paper assignment enables students to conduct primary source research with the goal of producing their own digital audio files. While the modes of historical inquiry remain the same with this assignment, the way in which students communicate their findings change, as individuals often speak differently than they write. More importantly, this assignment enables students to potentially reach a broader audience if their work is shared on a public-facing website.

Incremental assignments throughout the semester allow students to familiarize themselves with recording techniques and technology. In the exploratory phase, students search iTunes and the internet for examples of podcasts they like, both for their production value and content. They then search for podcasts with content connected to the topic they have selected to get a sense of what has already been said on that topic. Next, students practice recording brief interviews with classmates to prepare for their own recordings that might include guest speakers (All interviewees provided written consent allowing their interview to be recorded and publicly shared). I provide feedback on students’ written drafts of their dialogue, ensuring they have an argument and sufficient evidence. Some students then use their revised drafts as a guide when they record their podcasts, while other students are more comfortable speaking extemporaneously. Lastly, students create an abstract of the podcast and post it, along with the audio recording, to our class website. I recommend GarageBand for recording and a variety of tutorials are available on Youtube for uploading podcasts, making this project relatively easy, even if you haven’t previously used this technology.

In sum, incorporating social and digital media assignments teaches the importance of written and oral communication and facilitates textual analysis. It also provides students opportunities to develop new skills or for those with an already-developed enthusiasm for digital tools, a way to combine their extracurricular interests with their coursework. Including technology in the classroom also has its advantages for professors. The above examples are low-risk ways to reinvent assignments or add new material to recycled courses. For graduate students and early career scholars, academic job ads increasingly ask candidates to submit teaching portfolios that demonstrate proficiency using digital tools in the classroom. Using social and digital media also offers exciting opportunities for collaboration with scholars across departments and disciplines.

Amy Weiss is the Grants and Communications Coordinator at the Association for Jewish Studies. She is also the Director of the Center for Holocaust and Genocide Education at the College of Saint Elizabeth. 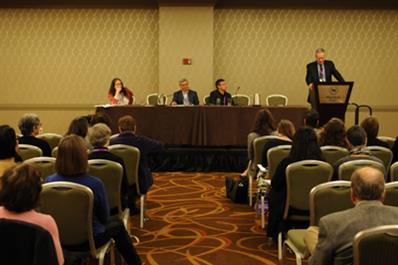