The word “hate” is key in Russian writing of the World War II era. The most influential expression of hate toward the German enemy came from the pen of Ilya Ehrenburg (1891–1967), a celebrated writer and a towering Soviet Jewish figure. During the war and afterwards, until his death, Ehrenburg did all in his power to preserve the memory of murdered Jews and bring bits and pieces of Jewish culture and history to the starved Soviet Jewish reader. Sanctioned by the regime, Ehrenburg’s universally read pithy articles proclaimed hate as the only possible response to the Nazis. His sober claim was that hate did not come naturally to Russian soldiers and therefore they needed to be reeducated in the new faith. If the Nazis were to be defeated and the world saved with its Jewish remnant, hate had to prevail.

Yet Ehrenburg professed a deep ambivalence about embracing hate. He wrote in a newspaper article in 1943, “We hate the Germans because we have no choice but to kill them, because out of all the words the humans live by, only one has remained for us—‘Kill!’”i Other prominent writers and poets also asserted the obligation to hate, but only Ehrenburg sought to formulate a moral justification for it.

Ehrenburg’s call for hate inspired a number of powerful and complex responses from two Russian Jewish poets, at that time yet unpublished and serving in the Red Army. Unlike Ehrenburg, who had to abide by the regime’s directives, they were much freer in what they were able to say. In this context, hate becomes a key theme of Soviet Jewish war writing, linked to the Jewish textual corpus of the Holocaust at large. Our first poet is Boris Slutsky (1919–1986), who would go on to become Ehrenburg’s confidant, a major original voice of postwar Soviet poetry and, as I have long argued, its richest Jewish voice. The second is Yan Satunovsky (1913–1982), a remarkable representative of the postwar Soviet literary underground, who was also supremely preoccupied with Jewishness. 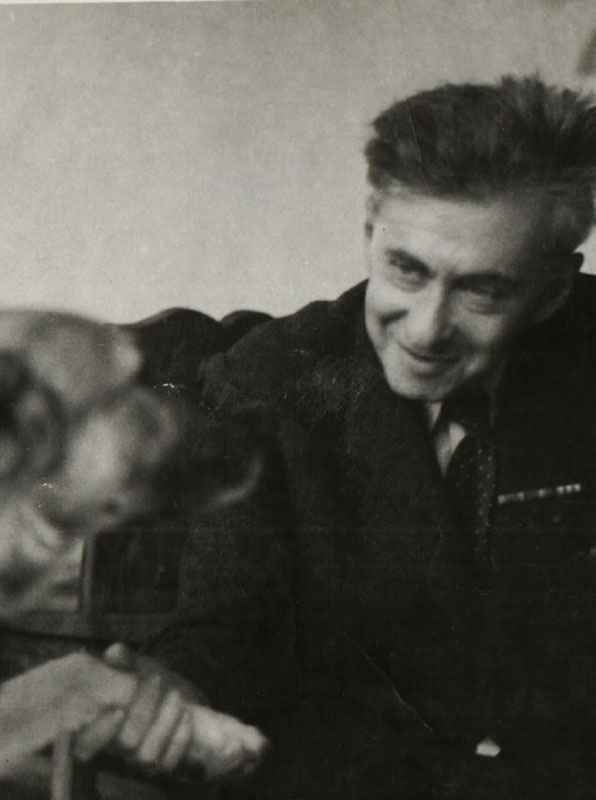 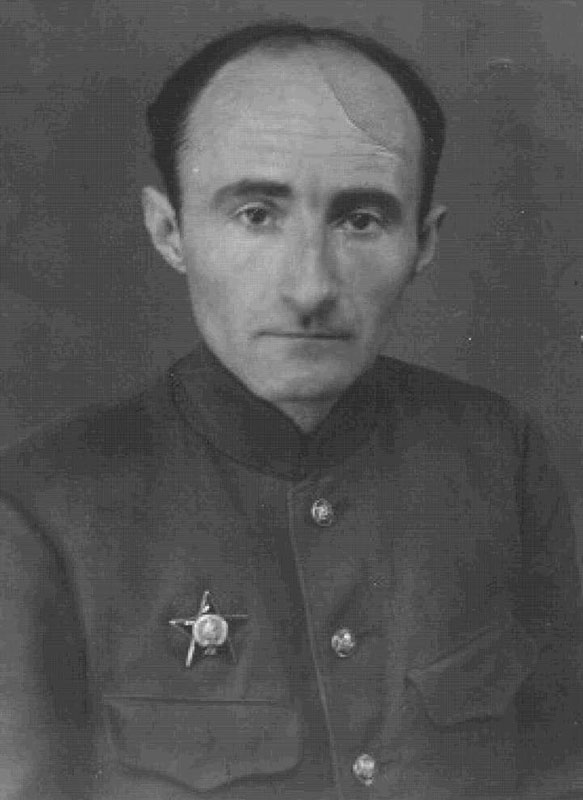 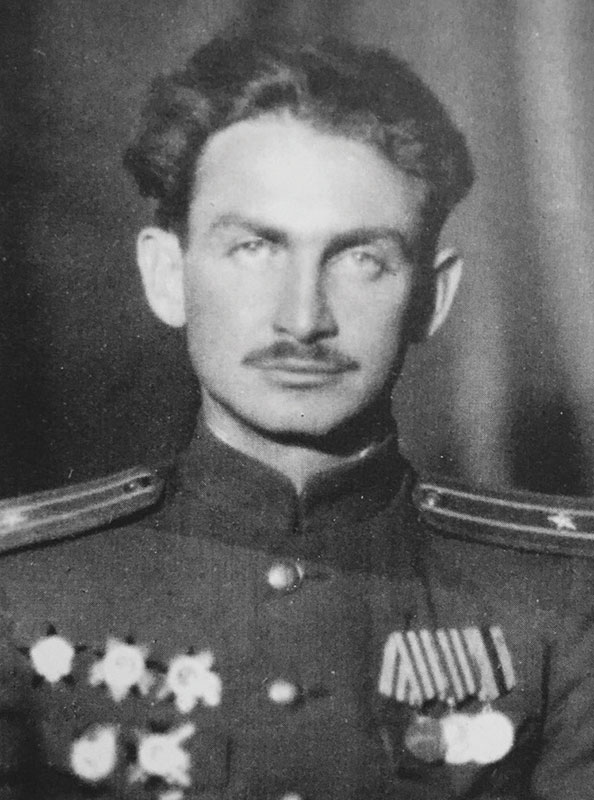 In 1940–41, on the eve of being called up to the front, Slutsky wrote a cycle of poems, Verses about Jews and Tatars, published posthumously decades later in 1993. Consisting of ruminations on Nazi antisemitism and what awaits the Jews, the cycle is steeped in Jewish sources, from biblical to kabbalistic. Its last installment, “Unfinished Thoughts,” depicts a scene in a crowded train car, filled with soldiers and officers headed for the front. They hearken to Ehrenburg’s demand for hate for the enemy: “What do we require for our souls? / We require hate for our souls, / a hundred-year-old stagnant hate.”

Suddenly a soldier, a Tatar by origin, begins to sing about the calamity of his people, who ruled over Russia long ago but were eventually brutally defeated by it. Others join him in the lament and “with paradoxical sadness / the Russian folk are singing about the folk that once reigned over old Russia.” In a startling and daring move, Slutsky transforms the Tatar woe into an expression of his Jewishness, its memories and traumas. One persecuted minority sentiment gives birth to another. He identifies with the Tatars, calling himself a Tatar avenger, and foresees now not the Nazi destruction, but the return of antisemitism to Russia—“the pogroms’ howl”—as would indeed happen during the war and the last years of postwar Stalin’s rule. Slutsky concludes by referring to Russia as both his mother and stepmother; as a Russian poet, soldier, and a Jew, he is forever fractured. He sure still hates the Nazis, but knows also that he’s hated by his countrymen for being a Jew, making the despised Tatars—not the imperial Russians—his true brethren.

A chemist by profession, Satunovsky was a platoon commander at the front. In a poetic fragment penned at the end of the war, he admits, “I did not really hate them / until I saw them.” Evocative of Ehrenburg’s moral dilemmas, Satunovsky strives to unpuzzle the nature of hate and its consequences. He draws a distinction between collective sloganeering, however befitting and noble it may be, and the crushing power of personal encounter; the parallel “hate/saw” is intensified by the shared root of these words in Russian: nenavidel/uvidel. Satunovsky goes on to recall the mocking of German POWs by the Red Army; he humanizes them and makes them worthy of at least pity, but this feeling is momentary. Another soldier, a non-Jew, gives them water to drink, not the speaker. His Jewishness stops him from helping the Germans. As a Red Army officer, he is not the downtrodden, but a vengeful and proud Jew. He recalls Jewish suffering, reliving afresh the German taunting of the Jew, which he himself hasn’t witnessed, but knows intuitively and historically only too well. His hatred of the Germans persists, both individually and collectively:

There’s a documentary aspect to Satunovsky’s poem, conveyed through his insertion of the direct Nazi speech (lines 2 and 4) in between describing the scene he’s witnessing. Here the Germans become like the Jews, whom they earlier humiliated and killed. While this creates some sort of ironic justice in history, it also perhaps relativizes the Holocaust, making the then-Jewish and the now-German situations alike.

It is significant, however, that the fragment ends with the German order to the Jew to cross himself, an act symbolic of the entirety of Christian antisemitism. Satunovsky, unhindered by fears of censorship, makes the Jewish underpinnings of Ehrenburg’s justification of hate explicit, and, like Ehrenburg, takes a long historical view of antisemitism.

Slutsky recalled after the war, “Like Adam and Columbus, Ehrenburg was the first to enter the realm of hate.” He did so as a Jewish witness of his time. The Russian Jewish poets followed suit, filling in the dark but impassioned details of this realm. 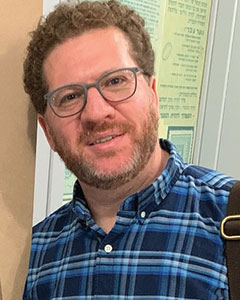 MARAT GRINBERG is associate professor of Russian and Humanities at Reed College. His current book project is The Soviet Jewish Bookshelf: Jewish Culture and Identity Between the Lines to be published by Brandeis University Press.