Intercommunal hate (la haine) appears to be rife in France. It most particularly affects precariously positioned minority religious identities, both Jewish and Muslim. The dynamics of externalizing internal (or communal) discourses of fear can spill over into wider societal discourses of hate. On the one hand, there exists a French Jewish institutional language of fear based on an imagined violent Muslim demographic take-over (mirroring the situation in Israel-Palestine), which contributes to great replacement (grand remplacement) theories. On the other, a sentiment, which tends to be more diffuse among French Muslims, based on distrust of an inherently racist state with Jews perceived to be at its helm, generates a conspiratorial variable geometry of privilege (deux poids, deux mesure) theory.

In two recent affairs involving the writers Georges Bensoussan and Houria Bouteldja (both translated into Englishi) the language of discrimination and Othering— anti-Jewish and anti-Muslim—were ferociously debated in the French media and academia. Over the last decade I have observed from the inside French Maghribi Jewish commercial, cultural, and linguistic transfer between generations, and overlapping patterns among French Maghribi Muslims. Most recently I have concentrated on Jewish-Muslim dialogue in France. It seems to me that the Bensoussan and Bouteldja cases are connected via the Maghrib: both are descendants of the region, as are the majority of Jews and Muslims in France. Similarly, both affairs turn on language. 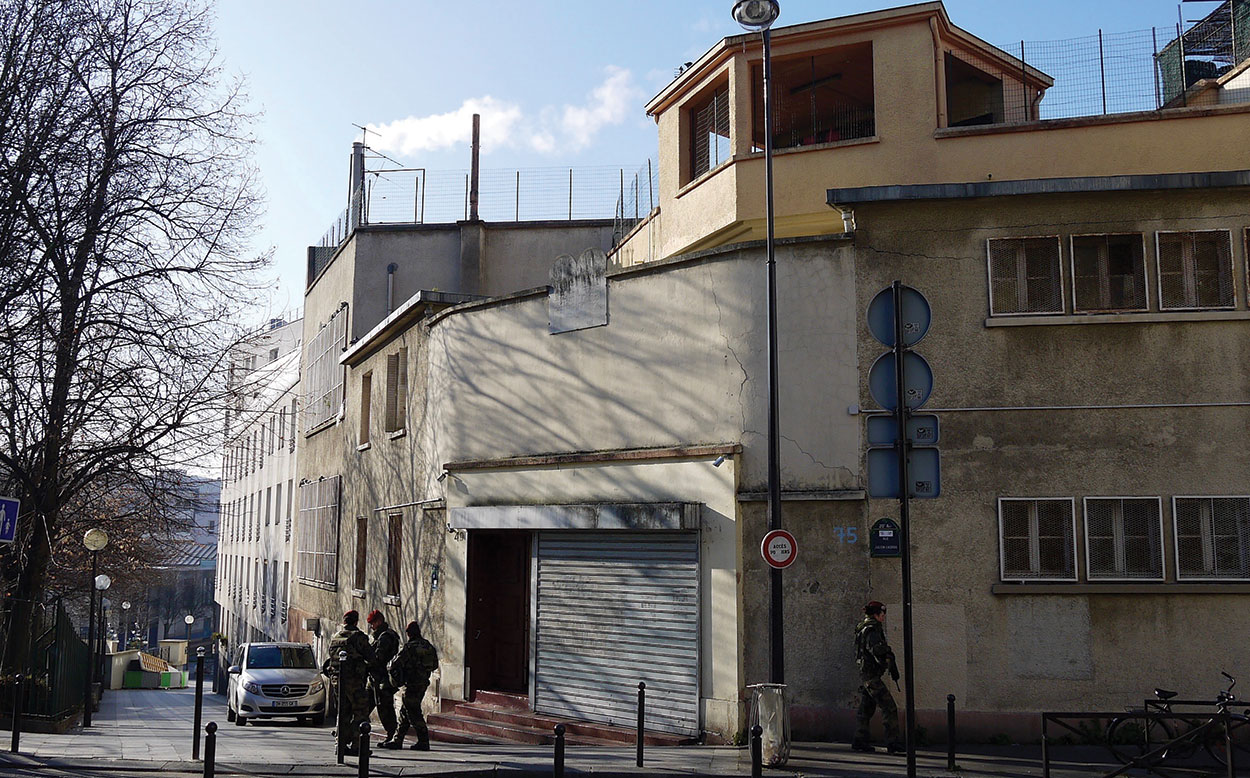 Exploring these positions together is important because contemporary fieldwork-led scholarship that highlights Muslim and Jewish sentiments and discourses of antipathy towards one another has tended to focus more on practices and processes of Othering among either groups of Jewsii or groups of Muslimsiii and less across or between them. Nevertheless, I do not wish to create a strict equivalence here; things are different for both groups historically, socioeconomically, and in terms of the mutation of prejudice towards them.

In October 2015, on a French national radio show called Répliques, hosted by Alain Finkielkraut, Georges Bensoussan, claiming to quote sociologist Smaïn Laacher, stated that “in Arab families, antisemitism is suckled on the breast of the mother.” In February 2016, a court case for hate speech (provocation à la haine) was brought against Bensoussan and his statement by multiple antiracism groups. In court, Laacher’s actual words, that “antisemitism” in Arabic-speaking “domestic space” (in North Africa and France) is “almost naturally deposited on the tongue,” were debated. The most common example of this language is lihoud (Jew) formulated as an insult, which I have heard often in Darija- (North African Arabic) speaking contexts in Paris.

It is easy to see how these charges, of which Bensoussan was finally cleared in 2019, feed into broader rhetorics of fear. But Laacher’s point raises the question: What are we to do with such prejudice in language recast in a French context? Is the persistence of this language evidence of an educational failure (as Bensoussan has argued for a long time)? Equally, the violence of Bensoussan’s misappropriation of this linguistic fact as a genetic predisposition was not legally upheld. This reinforces the theory of a variable geometry. Why did Bensoussan get away with his hate speech? Did the court concede for fear of further contributing to an atmosphere of antisemitism? Finally, the adjudication of this matter in a law court rather than by linguists, historians, and psychoanalysts in an academic forum, and its subsequent uptake in the media, underlines the lack of extant space for careful intellectual debate on such delicate matters.

The debates around Houria Bouteldja’s book, edited under the mindful eye of Eric Hazan, focused in particular on a passage in which she passes “by a child wearing a kippah,” going on to describe “that fleeting moment when I stop to look at him.” “The worst part,” she explains, “is the disappearance of my indifference toward you, which is the possible prelude to my internal ruin” (2017: 58). Her way out of a contemporary Jewish-Muslim relational impasse? Jews and Muslims, she says, can leave those ghettoized identities imposed by the French state, together. But the elision of Jew and Zionist and what was read as her fear of losing all humanity towards the former made her persona non grata among a great many antiracism activists, certain feminist supporters, and a Jewish critical Left, though nobody ever took her to court for hate speech.

Ironically, for all the shunning of her text by activists, Bouteldja’s message, not unlike Bensoussan’s, has been carried outside France, notably to the United States. Though there are exceptions to this, both authors in their respective transnational political camps are put on a pedestal, contributing, discursively, to a polarization of views. Yet rather than creating individual champions, to my mind, the important question raised by the debate that their work provokes is the way history in France is taught and discussed and the way that discrimination and alienation is engendered. The discussion of Maghribi history specifically is central to this. After all, if there is a shared Jewish-Muslim history in France it is that one.iv Promoting recognition of a hitherto heavily stigmatized historical and cultural legacy that is in fact a shared wealthv might allow individuals of Maghribi descent, both Jewish and Muslim, to reflect critically on the national and transnational structures, both political and linguistic, that create the tropes of superpowered minority and supervictim that circulate through our interconnected world.

SAMUEL SAMI EVERETT is a researcher at the University of Cambridge. He holds a PhD and MPhil from SOAS, University of London and a BA in North African Language and Culture from INALCO, Paris. He tracks the similarities and differences in migratory and postmigratory experiences between Jewish and Muslim diasporic descendants of North Africa and both their historical and present-day material and non-material sites of encounter. His research has appeared in Comparative Studies in Society and History, among other venues.

i i Georges Bensoussan, Jews in Arab Countries: The Great Uprooting (Bloomington: Indiana University Press, 2019) and Houria Bouteldja, Whites, Jews and Us: Towards a Politics of Revolutionary Love (Los Angeles: Semiotext(e), 2017).

iv Though, I am often told, one must not forget former imperial Muslim might (most recently Ottoman) and those contemporary discourses that anachronistically point towards it as a model of Muslim rule.