On Integrating the Hated Object into the Human-Divine Totality: The Zoharic Model of Coexistence

Hate is a divisive emotion. The object of our hatred is perceived as evil and as a threat to our very existence. We experience this object from a vantage point of alienation: the hated object is assigned negative intentions and perspectives that are essentially different from ours, which can neither be bridged nor resolved. We try, unsuccessfully, to distance ourselves from the hated object, however, its internalized image, disturbing and stubborn, continues to thrive in our psyche and consciousness. Hatred is an intense emotion that enchains the hated object to us and won’t easily let it go. Hatred is of a paradoxical nature: the threatening and disturbing negativity associated with the hated object, which makes us want to distance ourselves from it, actually keeps it alive and kicking in our consciousness. The powerful feelings that the hated object engenders do not allow its trace to fade from our consciousness. For this reason, attempts to distance or erase hated objects from our psyche rarely, if ever, provide a solution.

The Zohar, the great kabbalistic book that appeared on the scene towards the end of the thirteenth century, problematizes attempts to separate ourselves from hated entities, cosmic or human. The Zohar sees human and divine reality as parallel systems that mirror each other. The ten divine sefirot (attributes) are structured in the form of the human body; the human being is created in the image of God, and all of creation is integrated into the human form. For this reason, no component of reality can be regarded as superfluous, everything must be assigned its appropriate place in the totality. Humanity’s problem regarding the integration of hated objects is parallel to the problem of how evil is to be integrated into the divine. The issue of integrating conflict, rivalry, and expressions of evil is a major theme in Zoharic literature, as the following two cases illustrate.

The rebellion of Korah (Zohar, volume 1, p. 17a) is seen by the Zohar as paralleling the tension between two divine attributes: Aaron, the high priest, is identified with Hesed, the right side, the attribute of loving-kindness; Korah, a Levite, is identified with Gevurah or Din, the left side, the attribute of strength or judgment. Moses is identified with Tif'eret, the center, a harmonizer and balancer. By its very nature, Din, judgment, brings conflict and anger, and often pulls in the direction of separating itself from the right side. The advantage of Tif'eret, the center, is its ability to hold both right and left, Hesed and Din, in a unifying structure. Moses’s wisdom is expressed in his understanding that Korah’s behavior mirrored the behavior model of the divine forces. For the Zohar, Korah is an example of the divisive power of the left, which resists integration with the right—Aaron—and withstands Moses’s efforts to include him in the totality of Israel. This brings about his eventual demise: his attachment to anger and Din draw him to hell, which was born of Din. Korah, the rebellious left side that seeks to separate and sever itself from the totality, cannot exist. The rectified state of society and God can contain the opposites, right and left, in spite of their contradictory natures, in an integrated and unifying divine and human structure, as one.

One cannot dismiss the forces of evil. A person must know them, understand their needs, and learn to live alongside them ...

Job is described in the Bible as someone “who turned away from evil,” and for the Zohar, (vol. 2 p. 34a), this is a negative connotation. Job ignored evil—the Other Side in Zoharic terms—not giving it its due. At his feast, Job brought ʿolah offerings—the only sacrifice burnt on the altar in its entirety. The parts of the animal left over from other sacrifices are seen by the Zohar as the “portion of the Other Side.” Since Job refused to give the Other Side its due, he awakened its wrath and brought calamity upon himself. Just as Job separated evil from good rather than integrating it, God’s judgment was meted out in the same manner: first Job was given good, then evil, and then good once again—always separate. This awareness leads a person to realize that the Other Side must be given its due, because evil also has a place in the cosmic scheme of things, and cannot be disavowed. Job is an example of a person who wants to separate himself from evil and ignore it. By doing so, he reneges on the important task of integrating evil with good—in himself, and in the world. In the example of Job, the desire to negate the existence of the Other Side brings terrible calamities and catastrophes on a person. One cannot dismiss the forces of evil. A person must know them, understand their needs, and find a way to live alongside them in spite of the inherent rivalry between us and them.

The Zoharic model of integration directs us to take an interest in our adversaries, those people whose outlooks are different from ours, whom we might perceive as evil and as a threat to orderly existence as we see it. We must arrive at a deep understanding that our rivals also have a right to exist, needs of their own, and perspectives that for them are valid and true. This outlook is very different from a fantasy of coexistence built on similarity, in which we hope that the Other will accept our fundamental beliefs and we will therefore be able to live together in peace. The Zohar’s model of coexistence is more demanding. Otherness is real, and coexistence is forged out of the understanding that integration is critical and essential. The hated object, the personal, social, or political Other, cannot be erased from the map or from our consciousness. We are tasked with recognizing its existence and with finding a way to live alongside it, weaving it into the great tapestry of divine, human, and psychological existence. 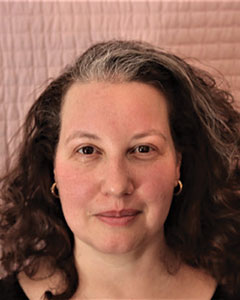 AYELET NAEH is a clinical psychologist and supervisor, specializing in psychotherapy for adults along with counseling and coaching in various fields at her clinic in Jerusalem. She is also a lecturer in the dynamic psychotherapy training program of the Hebrew University Psychological Service and in the Healing Power of Hasidic Stories program of the Hasidic Studies Chair of Bar Ilan University, as well as a counselor and trainer for the Hartmann Institute’s Maskilot program. As a doctoral student at the Department of Literature of the Jewish People at the Bar Ilan University, she is writing a dissertation on the concept of ‘Hitcalelut’ – Integration in the Kabbalah of the Zohar.