From the end of World War II until 1980, the specter of neo-Nazis has haunted the cinematic imagination. Tainted by the Third Reich’s crimes, fugitive Nazi war criminals and new generations of white supremacists served as sinister villains for action, espionage, horror, and science fiction films about fringe conspiracies to found a white utopia. The majority of these films were American B movies. With a few exceptions, like Pressure Point (1962), they provided escapist entertainment about fanatics whose ideology and transgressions remained intriguingly evil, but practically irrelevant. These motion pictures typically dissociated American political realities from neo-Nazi cabals by setting them in Argentina, Austria, Brazil, Germany, dystopian futures, or alternate pasts.

Although screen neo-Nazis continue to be portrayed as ideologues, mad scientists, or thugs, historical docudramas and psychosocial films constitute an increasing portion of the movies about neo-Nazis produced since 1980. This corpus of movies renders their main characters victims of familial, political, or socioeconomic circumstances rather than as stock villains. Their proliferation reflects the escalation of white supremacist rhetoric into recurring acts of right-wing terrorism in Europe and North America from the 1980s on. Depending on the national origin of these pictures, the specific catalysts for radicalization differ, but the images and themes of Holocaust denial, nativism, Nazi iconography, the skinhead look, and virulent racism embraced by actual and fictional white nationalists resemble each other because they network with each other via Internet propaganda, international contacts, joint training maneuvers, rock music, and social media. More recently, populist political parties have emboldened this radical fringe by espousing more innocuous versions of its doctrines. 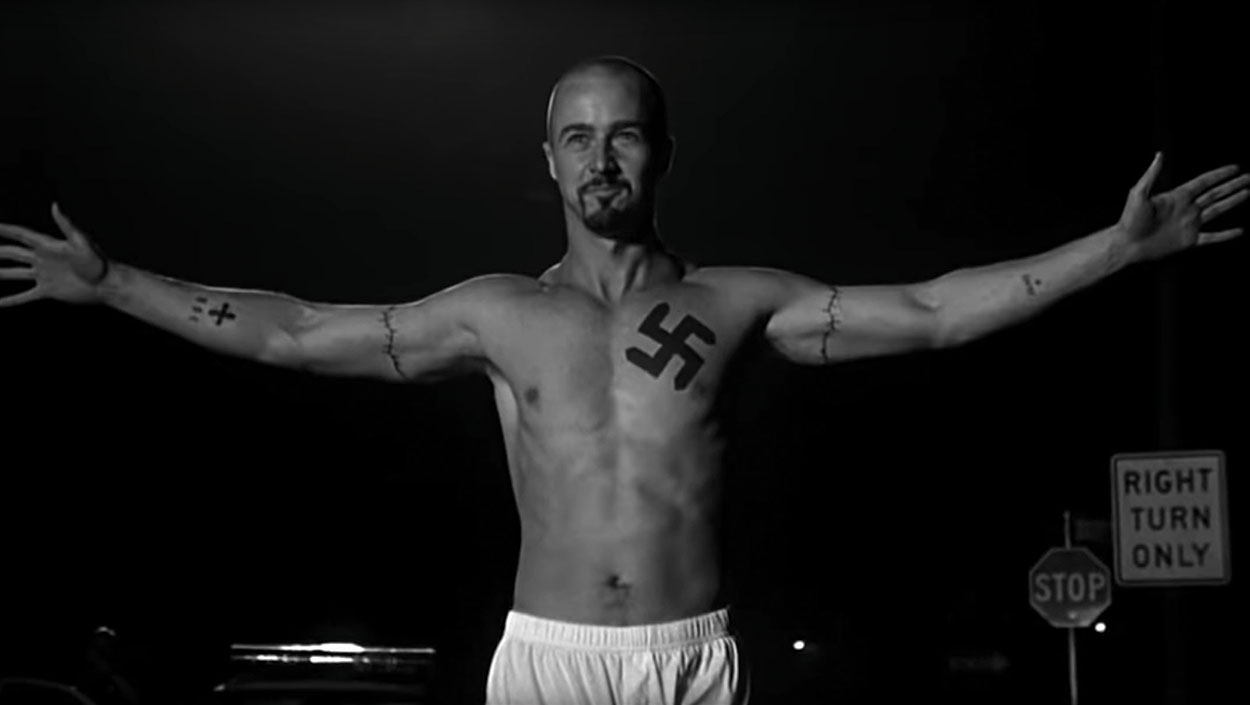 What unites white extremists and populists is outrage over their perceived cultural, economic, and political displacement by foreigners, non-Christians, and people of color. They attribute the erosion of white power to everything from corporate capitalism, demographic decline, and Jewish conspiracies to mass immigration, multilateralism, the outsourcing of industrial jobs to Third World countries, and policies aimed at achieving gender and racial diversity and equality.

To convey the appeal of white nationalism, the dangers it poses, and its potential to expand its influence, directors have resorted to three approaches that are not always mutually exclusive. They immerse viewers in the white power subculture that provides a sense of community and purpose to its members; fashion dual narratives that devote equal attention to the victimized minorities; or expose the connections between racist extremism and populism.

American History X (1998) epitomized the first type of film. It tracked why its protagonist Derek joined a neo-Nazi gang and crossed the line from bigotry to homicide. The African American principal Mr. Sweeney assigns Derek’s brother Danny to write about how Derek became radicalized as a warning against following in his brother’s footsteps. The audience sees flashbacks of Derek’s outrage over his father’s murder by Blacks, a rampage he led through a Korean grocery, and the turf battles he fought with Black and Latino gangs. Sweeney managed to persuade Derek to recant his racism after his neo-Nazi inmates turned on him and he developed a friendship with a Black coworker. Having someone from the group he once hated befriend him discredited stereotypes and facilitated his repudiation of racism. When Danny gets gunned down by the brother of a Black teen, Derek had slain, Derek feels guilty for triggering the cycle of retaliation. He grows his hair out, covers his swastika tattoo with his hand, and rips down Nazi posters from Danny’s bedroom walls.

Endowing Derek with charisma, eloquence, and a muscular physique emblazoned with Nazi tattoos elicited identification by viewers predisposed to his prejudices. As one skinhead blogger put it, “It is supposed to be an anti-movie. It is supposed to make you wanna quit. But watching it, it had the opposite effect on me. It gave me the urge to fight.” Nonetheless, directors strive to neutralize such oppositional readings by highlighting the atonement of their protagonists after establishing relationships with the Other, as is the case in the Canadian movie Steel Toes (2007), the German Combat Girls (2011), and the American Skin (2018).

A second narrative strategy about white supremacists explores the plight of their victims to divert sympathy away from their persecutors. This is an outgrowth of the public awareness of the past and present iniquities ethnic, racial, and religious minorities have endured. The German miniseries NSU: German History X (2016) employs this approach. It recounts the murder spree conducted against Turkish immigrants by the National Socialist Underground, a cadre of former East Germans intent on restoring unified Germany to its Aryan roots. The first episode examines their backgrounds and racist politics, the second the impact of the murder of the first victim on his family, and the third the police investigation into the homicides.

The middle episode concentrates on the NSU’s first casualty and how he had been a loving husband and father. In contrast to his Islamic piety, his daughter Semiya acts like a typical German teenager. The police assume the culprits were Turks engaged in honor killings or criminal vendettas. Meanwhile, the shootings of Turks continue. Semiya suspects they are hate crimes. At a public rally in 2006, she pleads for justice for her father. After two of the NSA ringleaders commit suicide and their female accomplice surrenders in 2011, Angela Merkel apologized to the Turkish community and launched a government inquiry. Addressing a Reichstag session following her speech, Semiya movingly recalls her father’s life in Turkey. NSU: Germany History X aired while the woman coconspirator was still being tried. Merkel’s decision to offer asylum to refugees from war-torn Syria contemporaneously inflamed hostility towards foreigners. Similarly, Golden-Globe-winner In the Fade (2017) dramatizes how the wife of a Kurdish victim of the NSU eventually exacts retribution against the killers.

As incidents of racist terrorism escalate and populist politicians exploit the discontent that fuels it, filmmakers have tried to explain the attraction of white supremacy without inadvertently condoning it ...

The final type of movie about white nationalists links their renewed activism to recent electoral gains by populist politicians who spout euphemisms that validate racist grievances. The Belgian-French coproduction This Is Our Land (2017) chronicles how a Marine Le Pen— lookalike rebrands her father’s fascistic party to widen its appeal with voters. She eschews overtly racist epithets while blaming the European Union, international banks, and jihadists for France’s malaise. Her party recruits an affable nurse to run for mayor of a rural town polarized by economic and ethnic tensions. The candidate initially fails to recognize the party’s malevolent nature, but ultimately discerns its racist affinities through her boyfriend’s paramilitary activities against Arab immigrants and his past as an enforcer for the party. Likewise, the BBC-HBO miniseries Years and Years (2019) envisions the devolution of the United Kingdom into a nativist dictatorship in the wake of Trump’s second term and the implementation of Brexit.

As incidents of racist terrorism escalate and populist politicians exploit the discontent that fuels it, filmmakers have tried to explain the attraction of white supremacy without inadvertently condoning it, to elicit empathy for persecuted groups, and to alert audiences to the slippery slope between voting for ostensibly respectable nationalists and tacitly encouraging its most violent exponents. 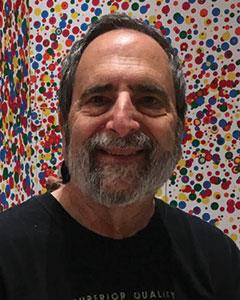 LAWRENCE BARON held the Nasatir Chair in Modern Jewish History at San Diego State University from 1988 until 2012. He is the author of Projecting the Holocaust into the Present: The Changing Focus of Contemporary Holocaust Cinema (Rowman & Littlefield, 2005) and editor of The Modern Jewish Experience in World Cinema (Brandeis University Press, 2011). He served on the Board of Directors of the Association for Jewish Studies from 2003 to 2006. 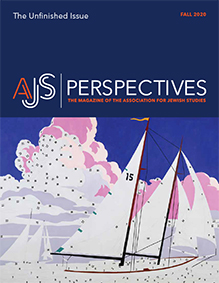 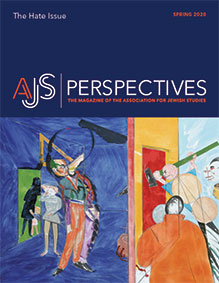 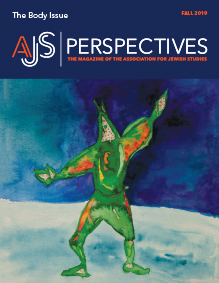 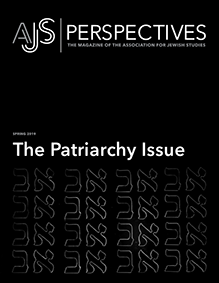 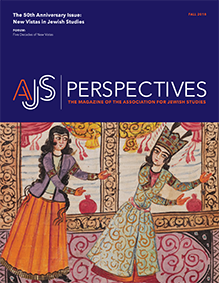