A Light unto the Nations? A Stalled Vision for the Future of the Humanities

For many academics, “no” can be a recurring companion. Negative reviews of manuscripts, refusals of grant submissions, and denied job applications are all things most of us encounter during our careers. Some rejections may be inevitable while other “nos” may surprise us.

In this spirit, I will assess here a professional failure that, quite literally, keeps me up at night. Starting in approximately 2015, I have invested substantial thought and effort trying to build partnerships in the academy whose goal would be the launch of an institutional initiative for what I call “Applied Humanities.” At core, I believe that scholarship in the humanities can, and must, contribute more to the betterment of humankind by proactively providing solutions to challenges facing communities today. Jewish scholars and scholars of Jewish Studies seemed a natural launch platform given what I presumed was a common predilection for healing the world, together with a healthy appreciation for boosting enrollments in our field. My hope (and plan) was to form a partnership with colleagues that could facilitate a multiyear pilot project at a Jewish scholarly institution; the pilot could then be upscaled in situ or elsewhere. I sought these partnerships among colleagues in North America and at my home university in Israel. Along the way, I communicated and met with dozens of fellow scholars and academic leaders to discuss my vision and, where relevant, their existing programs. After nearly five years, I ceased my efforts some months ago.

Before discussing why my proposal found insufficient traction, let me delve a bit deeper into the initiative. Given the many spiraling global crises in recent years, coupled with the shrinking landscape of humanities studies worldwide, there is an urgent need to deepen and widen the impact of humanities research on the formation of progressive policy, the domestic and transnational delivery of philanthropic aid, educational programs, social justice projects, and many other real-world actions. I argue that Applied Humanities—meaning the purposeful application of outstanding humanities scholarship toward solving real-world problems—could help address these challenges and also ignite renewed public interest in the study of the humanities. The farthest-reaching component in my proposal was an incubator concept, similar in structure to incubators in the exact sciences. These incubators would foster cooperation between top-tier humanities faculty, graduate students, funders, practitioners, government agencies, nonprofits, and private interests, combining important scholarship with real-world practice. Products from these incubators, by design, would bring together scholarly expertise with action to address pressing social, economic, cultural, or policy issues. As an Israeli scholar keenly aware of modern communal histories alongside the legacies of philanthropy and political advocacy in the Jewish world, promoting the practice of Applied Humanities seemed both timely and a moral imperative.

My proposal simultaneously addressed a growing recognition in the field that many graduates of MA and PhD programs may not find stable employment in the academy, regardless of their qualifications.

My proposal simultaneously addressed a growing recognition in the field that many graduates of MA and PhD programs may not find stable employment in the academy, regardless of their qualifications. I hoped that a holistic Applied Humanities project could spark enhanced capacity training for humanities students at all levels. This would equip alumni to seek out socially conscious professional pathways that go beyond what universities typically offer in “career centers.” Surely, I thought, my forward-looking Jewish and Israeli colleagues would flock to this reorientation.

I hoped to mobilize colleagues for real-world action not commonly expected from the academy. This Applied Humanities initiative matches my own temperament and pull towards activism, not what scholars normally see as part of their professional toolbox or set of obligations. An honest retelling of this failed effort should account for my own faults that may have doomed the proposal. As in life, luck also matters in this postmortem. After a number of dead ends and nonstarters, for a moment in 2017–2018 the horizon seemed brighter. The president of the Center for Jewish History in New York agreed to convene a preliminary meeting of a steering committee meant to “map” possible futures of Applied History (and Humanities) with a distinguished group of potential stakeholders. In a deflating blow, however, the president stepped down suddenly (a few months before the planned workshop); the new leadership of the Center declined further involvement in the initiative, citing a need to refocus on its core missions. The leadership of my home university briefly supported the initiative in 2019, convened an ad-hoc exploratory committee, then without explanation never followed up.

In the remaining space, I will conjecture from experience why the Applied Humanities idea has not gained traction. I’ll call the first hurdle “the dilemma of perceived excellence” in elite graduate programs. Faculty and students in such schools are understandably fixated on delivering results for a generations-old promise: graduates who land prestigious academic jobs. Neither teachers nor students seem willing to substantively explore trajectories other than tenure-track appointments. Likewise, academic administrators worry that promoting an “applied” feature of graduate studies might imply scholarly inferiority. In fairness to academic leaders, they tend to be very busy and may not have bandwidth to think beyond the supervision of existing structures.

Academic siloing often impeded promotion of this Applied Humanities initiative. Siloing surely occurs all over the academy. But in Jewish Studies and among Jewish Studies scholars (at least those with whom I spoke about the initiative), it frequently seems cemented. I am also tempted to locate the roots of reticence to engage in Applied Humanities in what I see as ongoing fetishization of disciplinary, methodological, thematic, and chronological pods separating subfields throughout Jewish Studies as well as in the study of the humanities in Israel. Some of the above may seem surprising for those who rightly believe that Jewish Studies in recent years has prioritized interdisciplinary approaches. I am aware of this trend and participated in interdisciplinary projects that produced scholarly results greater than the sum of their parts. But as I found in this journey, a willingness to engage intellectually with someone from another subfield (i.e., interdisciplinary cooperation) evidently does not equate to a willingness to apply one’s intellectual and practical tool sets for solving real-world challenges (i.e., Applied Humanities). A reason for this gap may be that most universities do not yet reward civic-academic engagement in their decision-making on career advancement. From what I’ve seen at my home university and elsewhere, students, scholars, and academic leaders find it nearly impossible to go beyond conventional postgraduation job placement approaches. There is little ability to see the unique potential of developing ideas and mechanisms of Applied Humanities within universities, even if many of them feel pressure from politicians and administrators to “prove” their worth.

I have not abandoned this initiative. I’m still excited about the possibility of what can happen and am open to partners who want to join me on the journey. But I’ll confess, I’m running out of steam. There’s only so much one person can beat his head against a wall. 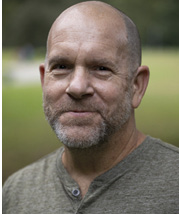 Jonathan Dekel-Chen is Rabbi Edward Sandrow Chair in Soviet & East European Jewry at the Hebrew University of Jerusalem, where he holds a dual appointment in the Department of Jewish History and in the Department of General History. He served from 2007–2019 as the academic chair of the Leonid Nevzlin Research Center for Russian & East European Jewry and is currently chair of the Russian Studies Department. Dekel-Chen’s “Putting Agricultural History to Work: Global Action Today from a Communal Past” is the featured article in the Fall 2020 issue of the journal Agricultural History.